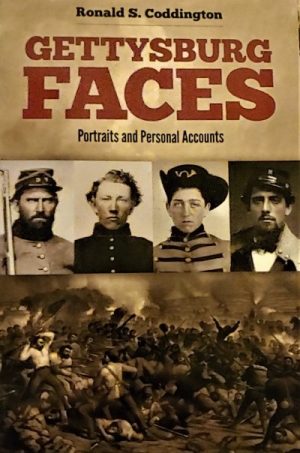 More than 150,000 soldiers, Union and Confederate, fought at the Battle of Gettysburg from July 1-3, 1863. Each had his own individual life story. Almost all had left family, friends, and home behind to serve their respective cause. A few were professional soldiers before the war and had made the military their career. Most, however, came from civilian occupations: farmers, mechanics, mill workers, teachers, craftsmen, etc. Many of these warriors had earlier in the war had their photographs taken for posterity.

Ronald S. Coddington is one of America’s foremost experts on martial images from the Civil War era and 19th century in general. The editor and publisher of Military Images magazine, he has culled through the photos that have appeared in the pages of that publication and selected 100 of them (75 Union, 25 Confederate) for a fine new book from Gettysburg Publishing.

Gettysburg Faces: Portraits and Personal Accounts is, quite simply, a brilliant effort. 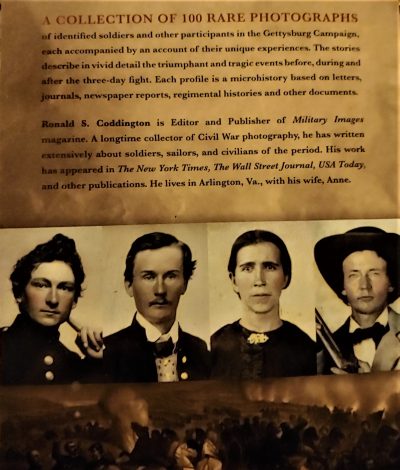 The stories are compelling, sometimes filled with pathos and sadness, because many of these faces were buried under the soil of Adams County following the battle. Others courageously battled physical disabilities that their Gettysburg injuries caused. Blindness, amputations, massive scarring: former soldiers in the years after the battle posed for photographers, who captured the resilient spirit of these overcomers. Many led full and rewarding lives, raised families, and held down steady jobs despite their Gettysburg injuries. Coddington has researched their life stories and given us a teasingly brief glimpse into their respective lives.

The stories are as varied as the photographs. A soldier who came back to marry the woman who tended to his injuries as a nurse. Another man who survived Gettysburg only to die a year later in yet another brutal battle, this time in Virginia. A Confederate who survived the war and rebuilt his life in war-torn Georgia, filled with the memories of his brief stay in Pennsylvania in 1863. Officers and privates alike. Survivors and victims. Old and young. Union and Confederate. 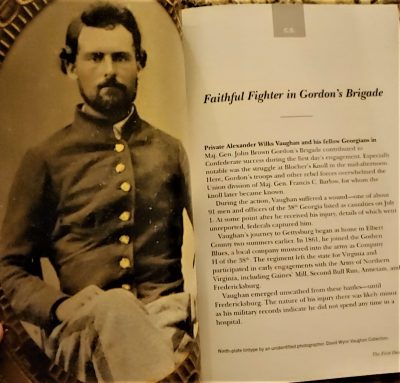 Coddington’s deeply researched and well-written stories bring these long-ago images to life in this new book. Publisher Kevin Drake and the team at Gettysburg Publishing are to be complimented for the high quality of the graphic layout and final product. Printed on high quality paper, the book is a delight to peruse. 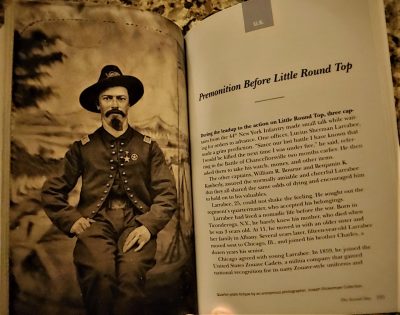 Copies are available from Civil War and More and other leading brick-and-mortar bookstores, as well as direct from the author or Internet retailers such as Amazon.