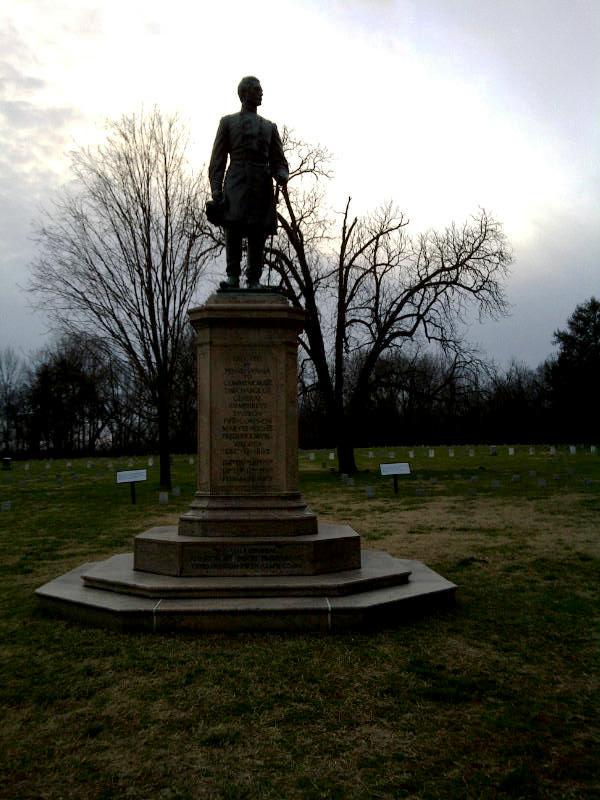 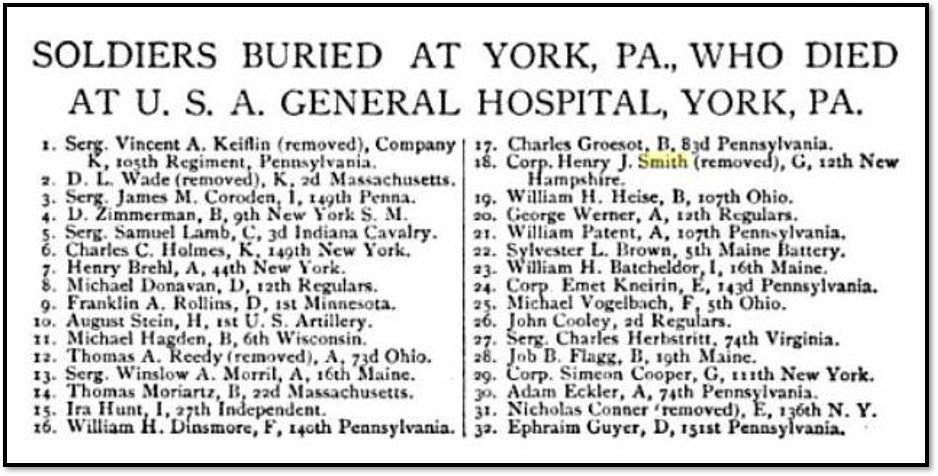 With the 147th anniversary of the Battle of Gettysburg now upon us, I wanted to pause to recognize the role of the U.S. Army Hospital in York, Pennsylvania. I am writing an article on that facility in the Gettysburg Campaign for a future issue of Gettysburg Magazine and have found so many interesting stories and letters from the patients. More than a thousand wounded men from Gettysburg were transported to York, and Dr. Henry Palmer and his assistant Dr. Alexander Blair worked feverishly to assist them (they refused to treat any injured Rebels who arrived in York).

The above list was compiled by Pennsylvania historian Samuel P. Bates late in the 19th century and recognizes the names of those rare Gettysburg wounded who died at York while under Palmer’s care (York’s U.S. Army Hospital had the lowest mortality rate of any military hospital in the state and one of the best in the entire country). Note than the majority of these poor souls still lie in the soil of Prospect Hill Cemetery. A handful of Confederates who died in York are also in that cemetery, although one, James P. Norton, was taken to Emmitsburg, Maryland, for burial at Mount St. Mary’s College.