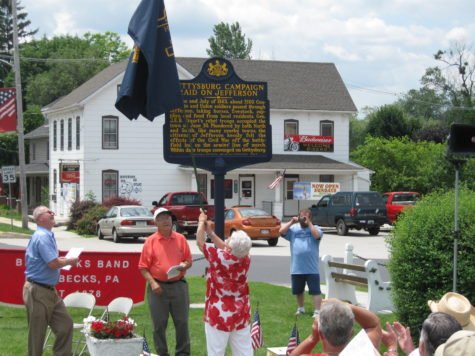 Dawn Roser of the Codorus Valley Area Historical Society unveils the newest Pennsylvania state historical marker, this one in the historic center square of Jefferson in southern York County. The CVAHS and the borough of Jefferson’s combined efforts led to the installation of this marker, which commemorates the three separate times within a week in the early summer of 1863 that the town and the surrounding region were victimized by passing combatants during the Civil War. 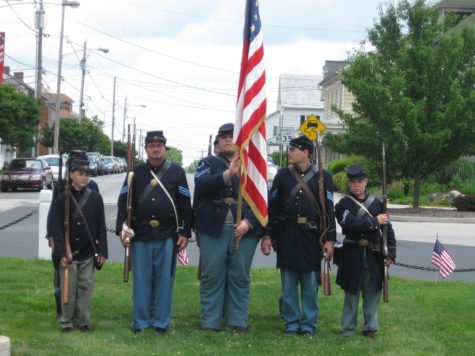 The color guard of the 16th Pennsylvania Infantry reenactment group was among the participants in the hour-long ceremony, which occurred on the 146th anniversary of the first Confederate raid on Jefferson. On June 27, 1863, 250 troopers from Maryland and Virginia that comprised the 35th Battalion, Virginia Cavalry rode into the square. Commanded by Lt. Col. Elijah V. White (whose descendant attended the ceremony and spent some time talking with me about her ancestors in that battalion), the Confederates raided the region for horses. One trooper spotted a little girl along the square and handed her a brooch he had stolen from a Hanover jeweler that the Rebels had chased into the countryside before robbing him. 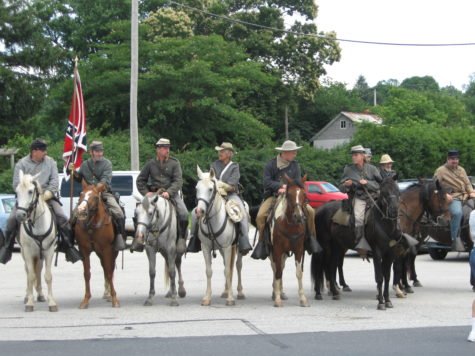 White’s men rode northeasterly to Hanover Junction, where they destroyed railroad cars, switches, track, the turntable, and burned the bridge over Codorus Creek. They downed telegraph wires, took whiskey nearby farms, and made off with every available horse in the area before riding back through Jefferson to the train station, where they burned more railcars and ransacked Rebert’s country store, finding two more barrels of York County whiskey.
The modern reenactment group includes descendants of White’s actual raiders, who gained the nickname Comanches for their warlike whoops and lightning quick raids. 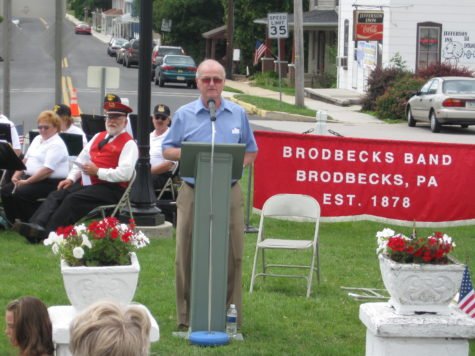 CVAHS member Ray Kinard served as emcee of the event, introducing the distinguished guests, including State Senator Mike Waugh and the three York County commissioners, borough officials, and other dignitaries. He also read the text of the marker after the unveiling. 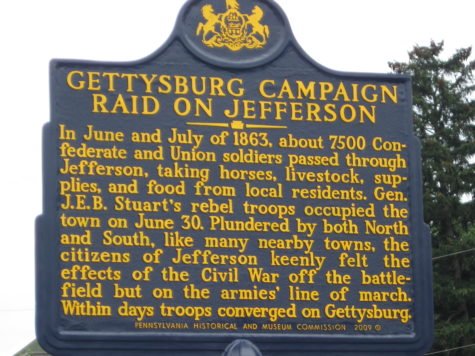 “Gettysburg Campaign: Raid on Jefferson. In June and July of 1863, about 7500 Confederate and Union soldiers passed through Jefferson, taking horses, livestock, supplies, and food from local residents. Gen. J.E.B. Stuart’s rebel troops occupied the town on June 30. Plundered by both North and South, like many nearby towns, the citizens of Jefferson keenly felt the effects of the Civil War, off the battlefield, but on the armies’ line of march. Within days troops converged on Gettysburg.” 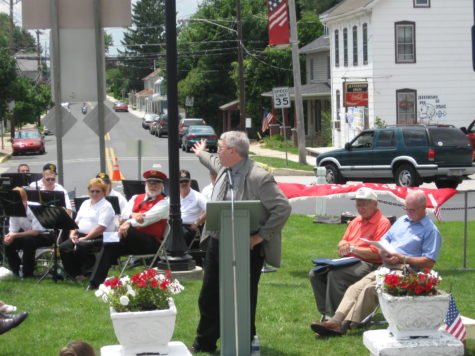 York County author, tour guide, and historian Scott L. Mingus, Sr. was the featured speaker. Here he discusses the second wave of Confederates to enter Jefferson, this time on June 30, 1863. Just two days after residents of the region were terrorized by White’s Comanches, a larger problem loomed, as for several hours, the region saw the passage of three entire brigades of Confederate cavalry, some 4500 men, as well as a captured Union train of 125 supply wagons. Under J.E.B. Stuart, this force was en route to York after the Battle of Hanover (they diverted to Dover and the road to Carlisle when they learned that the Rebel infantry had departed York earlier that day).
Stuart’s men spent quite a bit of time in the center of Jefferson, a topic covered in depth in a previous Cannonball posting.
The final group of soldiers to ride through Jefferson was the Union division of David McM. Gregg, including the 3rd Pennsylvania Cavalry, which passed through the region on July 1 en route to the Battle of Gettysburg. 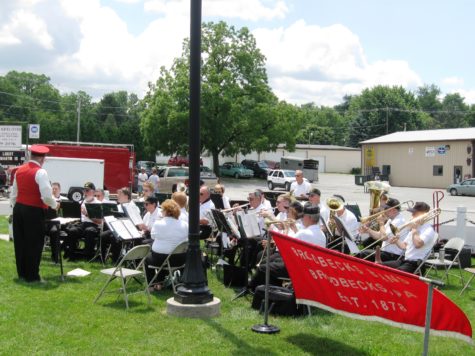 The Brodbecks Band provided an inspiring concert for the crowd for half an hour before the ceremony and played America the Beautiful, God Bless America (audience sing-along) and the recessional, Washington Greys, as the event ended. The audience was large, attentive, and supportive. 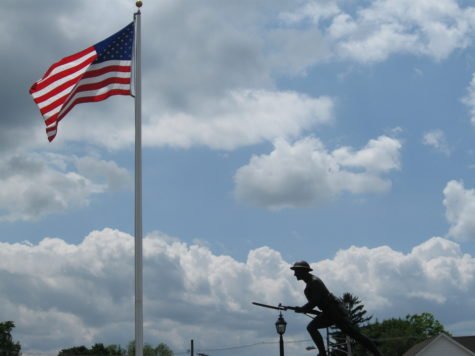 Speaker Scott Mingus closed by asking the audience to rise while he read the names of the nine Civil War Union veterans who are buried in the three local cemeteries, a listing provided by the local VFW post commander. York County provided a significant number of troops to the Union cause, as well as a handful of Confederates, including a Rebel brigadier general.
Photos of this event courtesy of Dr. Thomas M. Mingus of Manchester Township. To see some 60 other photos of the Jefferson dedication, visit Photobucket.com\ 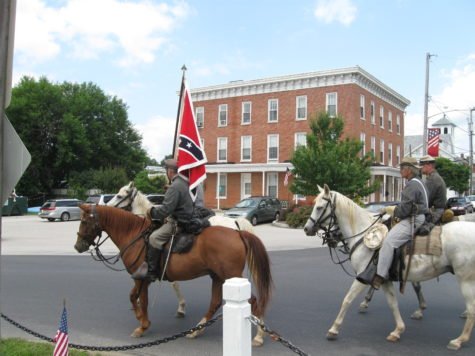