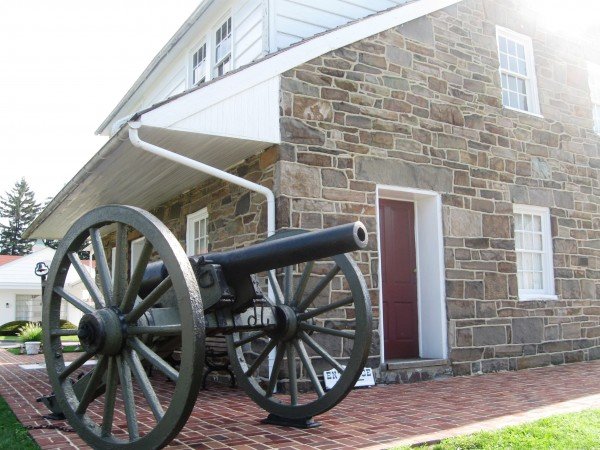 In 1863, this stone house along US Route 30 west of Gettysburg, Pennsylvania, was the residence of a widow named Mary Thompson, as well as her daughter-in-law and two small children. The house dates from 1834 and was once owned by Republican congressman Thaddeus Stevens, a noted abolitionist staunch Unionist. Confederate commanding general Robert E. Lee used this home as his headquarters during the latter part of the Battle of Gettysburg.

Today, the house is a FREE museum managed by a delightful and charming lady named Kass Rider. Here are a few photos of the museum, which adjoins a nice giftshop which specializes in local vendors and authors. 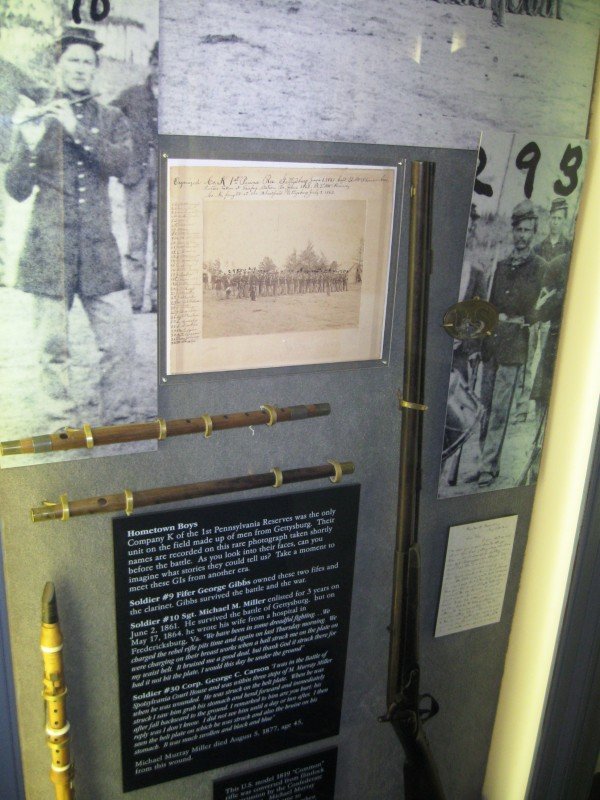 The museum collection is small, but very interesting and full of quality items, including the saddle used by Maj. Gen. John F. Reynolds on the first day of the battle. Reynolds, a native of Lancaster, Pa., died in the fields not terribly far from the Widow Thompson house. Civil War fifes, rifles, and uniforms are also on display. 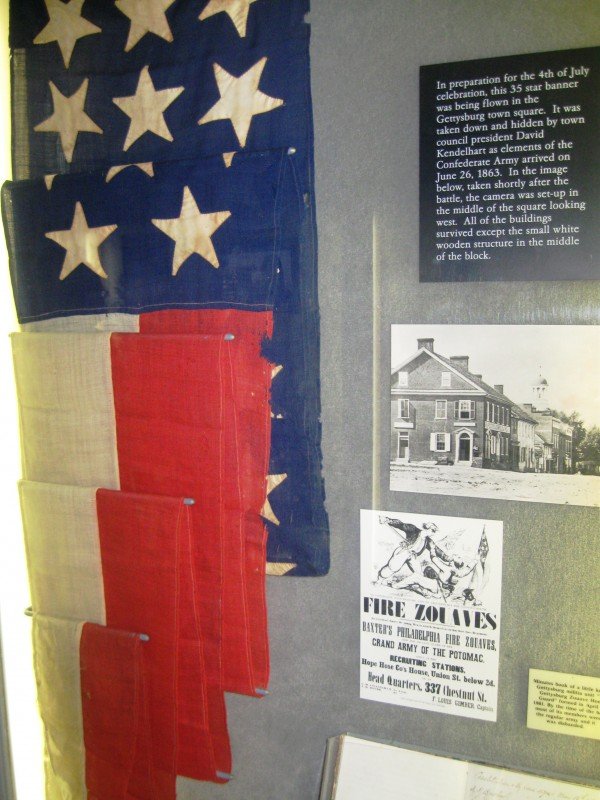 This banner flew over Gettysburg’s town square on June 26, 1863, the day that Jubal Early’s division routed the 26th Pennsylvania Volunteer Militia and a couple of small cavalry units, and then occupied the town and its environs overnight before marching to York County. 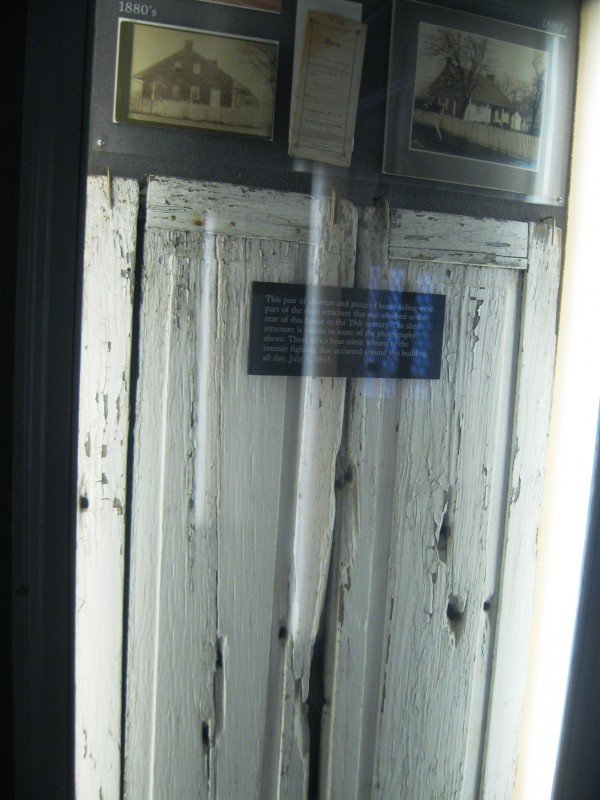 This pair of shutters once were on an outbuilding on the Thompson place. They bear mute testimony to the ferocity of the musketry on Wednesday, July 1, 1863, as the Rebels tried to fight their way into Gettysburg, a town that General Early’s men had marched peacefully away from the previous Saturday morning. 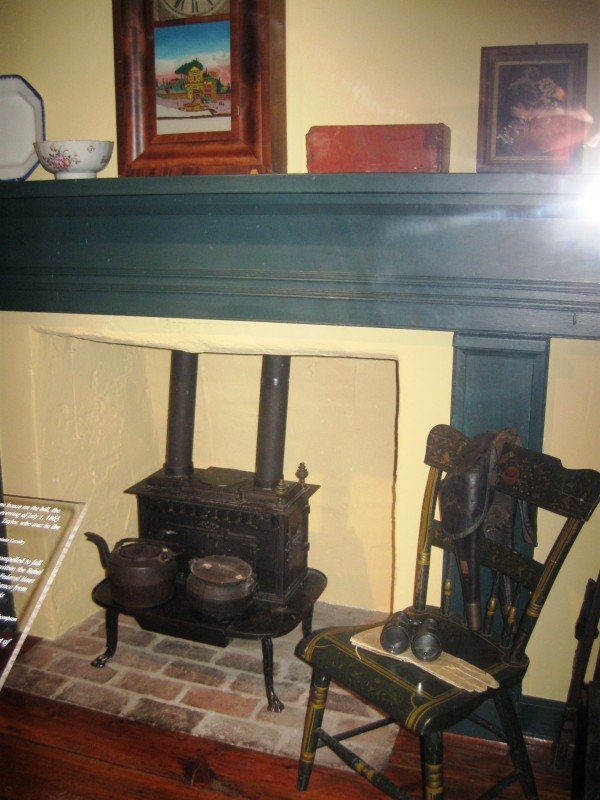 Lee took several of his meals in this kitchen, although he managed the battle from the field, as well as a from a tent located across the Chambersburg Pike from the Widow Thompson house. 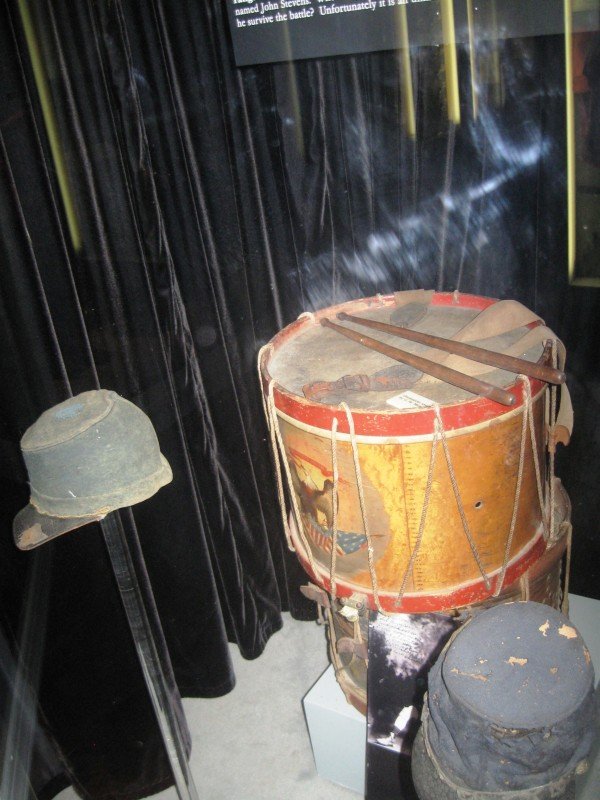 Some more of the artifacts and relics in the collection of the General Lee’s Headquarters Museum, which has been in existence since spring of 1922 when Mrs. C.F. Daley first founded it. 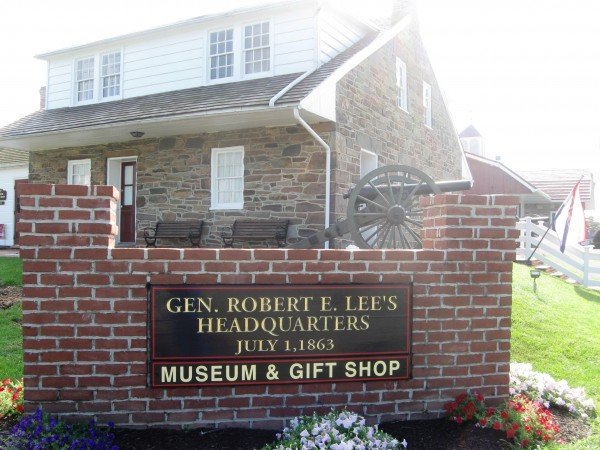 The museum and gift shop are located at 401 Buford Avenue (U.S. Route 30 / the war-time Chambersburg Pike). They are adjacent to the Best Western hotel complex. 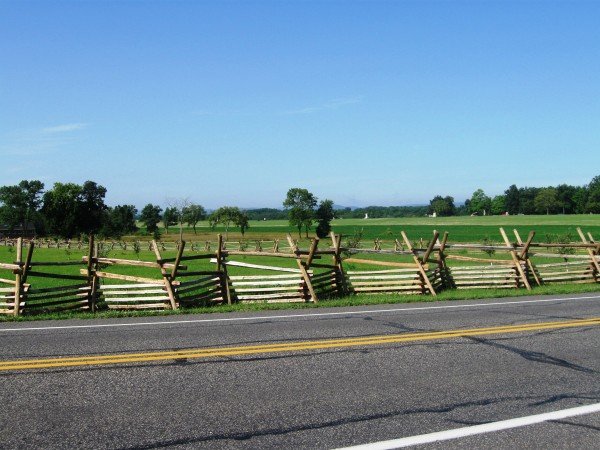 Fighting raged in the morning of July 1, 1863, in the fields across the street from the Thompson house, as well as to the west and northwest. Volunteers in the past few years have restored the fencelines to their approximate war-time locations. 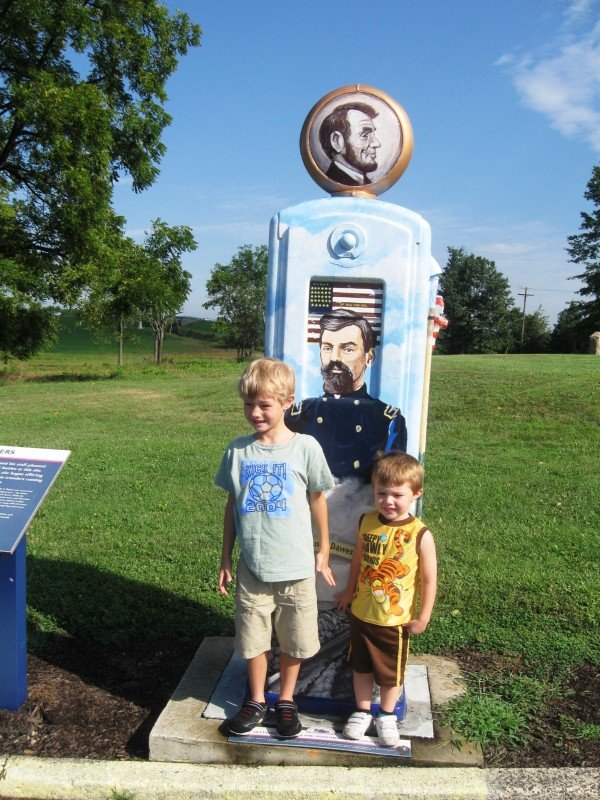