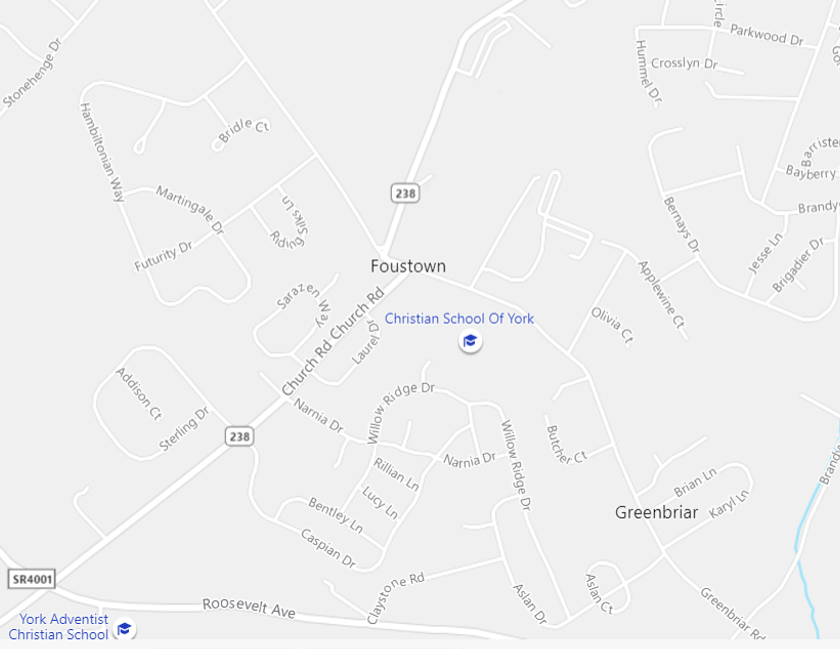 Did you know that Foustown in western Manchester Township (at the intersection of Church and Greenbriar roads) was once called Lodwerricksteddle? That colorful phrase was German for “Apple Butter Town.” Several derivative spellings exist for the English word apple butter, including Lottwarrick.

Foustown became known in the 1800s and early 1900s for the famed Pfaltzgraff pottery, in addition to homemade Pennsylvania Dutch apple butter. Today, it’s likely best known for Cousler Park, a popular recreational area, and the Christian School of York.

The only known Underground Railroad site in Manchester Township was Quaker Amos Griest’s farm, which is circled here in this 1860 map. 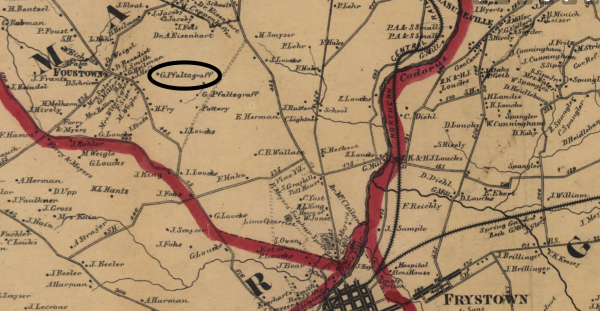 Griest bought the property about 1848 or so. Underground Railroad conductors from other parts of the county would escort freedom seekers to Griest, who would feed and shelter them, as well as giving them new clothes if needed. When the coast was clear, he would either take them north to his fellow Quakers in Warrington Township or the Redlands, or would send them into downtown York to William C. Goodridge, a free Black businessmen who owned 13 railroad cars that he used to ship lumber, produce, and goods to and from Philadelphia. His cargo at times included freedom seekers who had come through the Griest farm on the Underground Railroad.

In 1913, Griest’s daughter Rachel Ann Tyson (married to one of the famed Tyson Brothers photographers who documented the early Gettysburg battlefield) granted an interview to Dr. I. H. Betz, who published it in the York Gazette. She wrote: “Our farm adjoined that of Mr. [Johann George] Pfaltzgraff, who had a large pottery on his place… I could go directly to the house in town and the farm, for I remember them both so distinctly and thinking of them carries me back to slavery days, when both houses were very busy and much used as stations on the Underground Railroad. The house did not front on this road [Greenbriar]; there was a strip of woods fronting the road. We drove through this and our orchard before coming to the house. It was a long, narrow, stone building fronting the east; one story and an attic that was on the side fronting the road and two stories and an attic fronting the orchard. The road ran between the barn and the house, which had a large lawn with several locust trees. The location was secluded and offered good concealment for freedom seekers.”

Rachel added, “Father was a very earnest and successful conductor. William Wright, Joel Wierman and many operators had lines running to and stopping there. Father ran the trains on to Lancaster county to the station managed by Daniel Gibbons and his staff or had the cars run by Mr. Goodridge, a colored man at York to forward them as freight at least part of the way to Canada.”

Griest sold the 80-acre property to the Pfaltzgraff family (of pottery fame) in 1854 and moved to Menallen Township in NE Adams County to be closer to his brother. Together with William Wright, they were the main conductors in that region. The former Griest/Pfaltzgraff house was razed decades ago.

A modern mansion at 950 Cherrywine now sits on the approximate site. 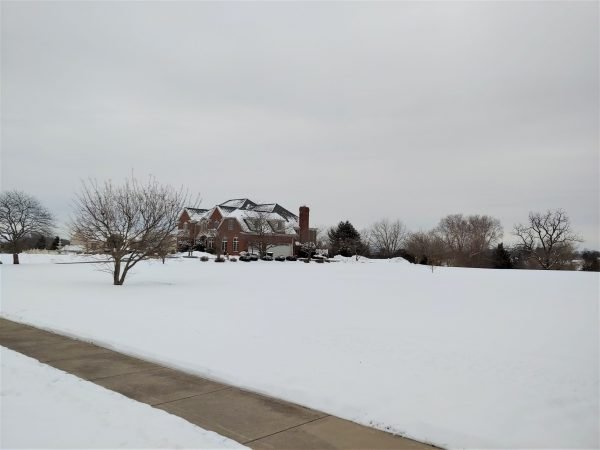 I discuss Griest and 15 other agents in my upcoming book, Guiding Lights: Underground Railroad Conductors in York County, Pa. (April 2021).

I am unsure when the colloquial name Lodwerricksteddle was changed to Foustown, but it was likely about the time of the Civil War. Peter and Elizabeth Foust were prominent residents of the neighborhood. 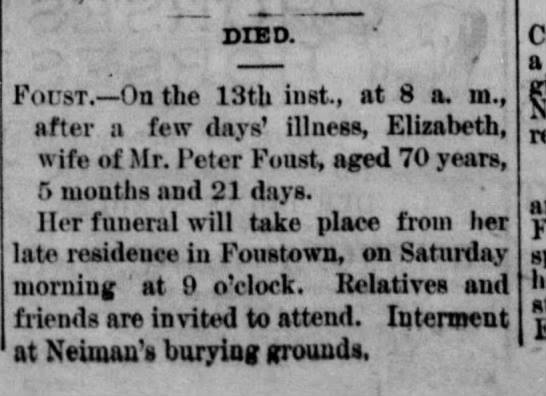