Former Army Colonel to Speak at Harrisburg CWRT on November 16 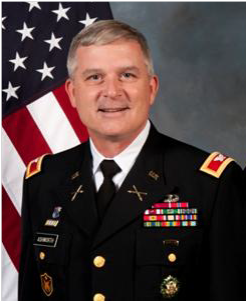 For our Friday November 16th meeting, the Harrisburg Civil War Round Table is proud to have one of our own members Colonel (Retired) Eric L. Ashworth speak to us on the topic, “Principles of Strategic  Leadership from the Gettysburg Campaign”.

The United States War College’s primary mission is to develop strategic leaders for continued service to our nation. One of the methods its faculty uses to educate its students is the annual visit to the Gettysburg National Military Park. But how does the War College use a tactical battle to teach strategic leadership principles? This experimental education opportunity has become one of the highlights of the resident class and its success has expanded to educate senior leaders from Fortune 500 businesses and several major universities across the nation. Colonel Ashworth will discuss how this program works and answer questions our members have on educating today’s senior military leaders.

Colonel Ashworth retired from military service in June 2012 with 30 years of public service to the nation. His last assignment was the Director of the Operations and Gaming Division of the U.S. Army War College’s Center of Strategic Leadership. This division executes the majority of the U.S. Army War College’s strategic communication and gaming/simulation exercises. One of his duties included the supervision of the Strategic Leaders Staff Ride Program and it is his experience while executing these events that he is talking to the Round Table tonight.

Prior to his assignment to the U.S. Army War College, he served as the Deputy Director of the Partnership Strategy Group –Iraq, in Baghdad, where he supported the U.S. Embassy and U.S. Forces –Iraq with planning options for the US-Iraq partnership after U.S. forces redeployed from Iraq in 2011. From 1988-1990, Colonel Ashworth commanded a Battery within the 2nd Battalion, 29th Field Artillery Regiment in Baumholder, Germany. His latest tactical command occurred from 2000-2002 with the 2nd Battalion, 18th Field Artillery Regiment (Multiple Launch Rocket System) at Fort Sill, Oklahoma. From 2002-2003, he was the Professor of Military Science at the University of Tennessee at Martin. He has also served in a variety of staff positions at Fort Hood, Texas; Fort Sill, Oklahoma; Baumholder, Germany; Camps Red Cloud and Yongsan, Korea; and the Pentagon where he was a Strategic Planner in the Office of the Chief of Staff, Army.

Eric graduated from Siena College in 1982 with a degree in Accounting and was commissioned in to the United States Army as a Field Artillery officer from Siena’s Reserve Officer Training Corps Program. Since then, he has earned a Master of Computer Science Degree from Texas A&M University in 1993 and a Master of Strategic Studies Degree from the U. S. Army War College in 2004.

Colonel Ashworth’s military awards include the Legion of Merit, the Bronze Star, the Meritorious Service Medal, the Army Commendation Medal, the Army Achievement Medal and the Joint Meritorious Unit Award. He has earned the Ranger Tab, the Parachutist Badge, and the Army Staff Badge.