First JEB Stuart strikes; then a triple murder near Round Top: Part 2 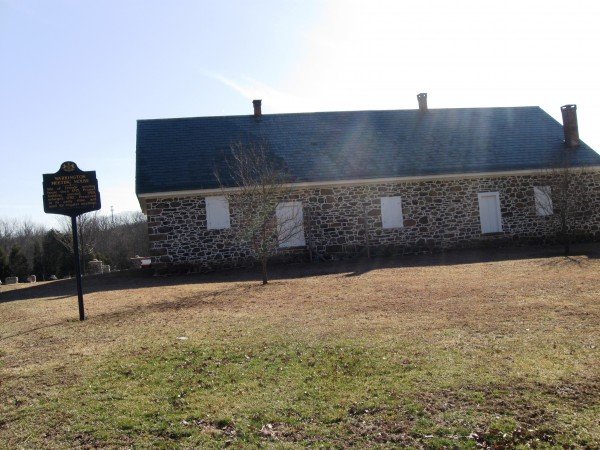 To read part one of this true crime story, click here.

George and Mary Squibb had worshiped at the Warrington Meeting House (shown above in this Scott Mingus photograph) near Wellsville, Pennsylvania, for many years. George was a son Robert Squibb and Joanna Speakman, and the grandson of William Squibb and Sarah Griest, all of whom had been part of the Friends community in York Springs over in Adams County. His parents had been married in the Warrington Church, as had George and Mary Bell.

George’s father Robert Squibb was a veteran of the Revolutionary War. Robert had served in the York County Militia, 5th and 6th Battalions (from 1781 to 1786) with his brother William. Robert died in 1823 and was buried in York Springs.

In 1825 George and Mary had welcomed their first child, a daughter they named Caroline. Little Rebecca Ann came along three years later (the same year that George’s mother died), but she perished at the tender age of three. Another little girl, Maria Jane, was born in 1835 followed a year by their only son, John M. Squibb. By the time of the Civil War they had a granddaughter named Emma living with them. They were considered a “industrious” people who followed “strict economy” with their money, yet they were always willing to lend it out.

As the war ended and 1866 began, the Squibbs were still living their modest, unassuming lives on a somewhat run-down farm on Stone Jug Road. George was now 71 years old; Mary was 67. Their land was relatively unproductive, with its thin topsoil and rocky ground. Yet, they had managed to carve out a good life for themselves, and were known in the community for their generous spirit.

They had recovered from the loss of their work horse to Fitzhugh Lee’s Confederate foragers during the Civil War, but unfortunately, another issue with one of their animals still was unresolved.

A dead cow would spark one of the most sordid incidents in Warrington Township history. 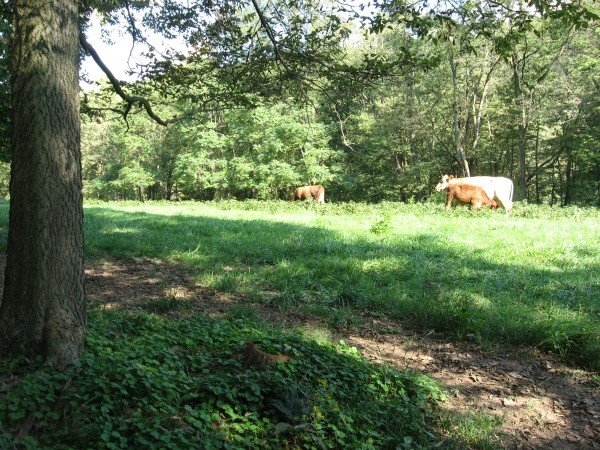 Years ago, back in 1860, one of their cows had somehow broken through a fence and wandered onto the property of “Irish Bill” Donovan, a mean-tempered neighbor who did not take kindly to the bovine incursion. In a rage, perhaps fueled by alcohol, Donovan in what was later described as a “wanton and cruel manner” beat the wandering cow so hard that it later died.

George Squibb, although raised a Quaker, did not tolerate this unlawful destruction of his private property and he filed a lawsuit against Donovan to recover the cost of the dead animal. The court ruled in Squibb’s favor, much to the outrage of Irish Bill. When ordered to pay the money, Donovan made several irate threats that he would have his revenge on Squibb, even if it took him twenty years. For the next six years, he is known to have made at least a dozen very public threats against Squibb. He was alleged to have declared that “as sure as the sun rises in the east and sets in the west and water runs down hill he would have revenge on George Squibb.” In others, he said he would have revenge on old George Squibb; that he had sold the bread and meat from his children. He nearly always accompanied these threats by the expression that George Squibb had wronged him.

News accounts later stated that Irish Bill was “an eccentric person, inclined at times to indulge in very violent language and much addicted to drink, but, on the whole, considered harmless by those who knew him best.” He was, however, deeply in debt.

Everyone in the area knew that the Squibbs had squirreled away a small amount of cash which he kept in the house. He was in the habit of loaning it out to his friends and neighbors when they were in need. Donovan knew that fact. He also knew that he abhorred his pious Quaker neighbors, whose temperate and pacifist lifestyle contrasted so much from his own. He wanted his money and his revenge. 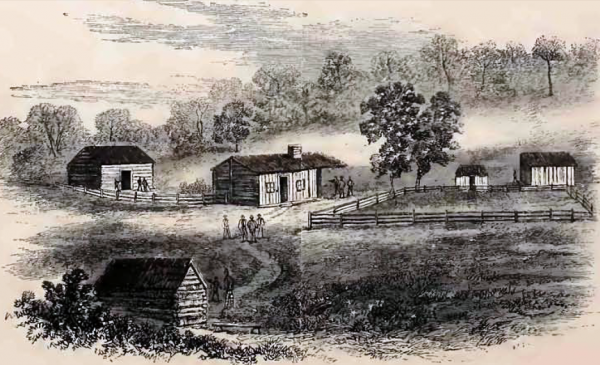 The Squibb’s house, situated about 150 yards from the public road, was “an old, dilapidated building, constructed of rough logs, was but one-story high, and no one who was not acquainted with the character and habits of its inmates would have thought for a moment that they were in possession of any money whatever. It contained but two rooms on the ground floor, the one used as a kitchen and sitting room, and the other as a bedchamber.”

It was out of the way, with only a few neighbors.

Its isolation helped fuel Donovan’s impromptu plan to finally get his long-sought payback.

On Saturday, June 16, 1866, Irish Bill reportedly traveled north to Harrisburg. He returned with a stranger, one of two men seen loitering the next day in the general neighborhood where the elderly Quakers and their young granddaughter lived.

The die was cast.

During a dark and violent thunderstorm in the early evening, at the Squibb property at the foot of Dare’s Hill the unsuspecting Quaker family prepared to go to bed and took off their shoes.

It would be their final night on earth.

To be continued in Part 3…