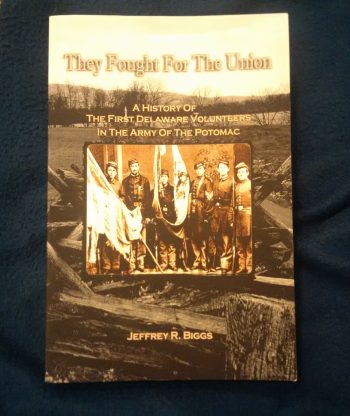 Delaware was somewhat of an anomaly in the Civil War. While slavery was legal, like other so-called “border states,” there was not as much pro-secession sentiment in the First State as in Missouri, Kentucky, or Maryland. Slavery still existed in the extreme southern part of the state, but less than 2% of the population were held in bondage. For economic and trade issues, Delaware was firmly aligned with the North as the War Between the States erupted and then expanded. Unlike Maryland, where President Lincoln needed to call in Federal troops to keep order and guard vital railroads, and incarcerating key secessionists without habeus corpus, no such drastic action was needed in Delaware. Its citizens had voted on January 3, 1861, to remain in the Union.

While a small number of residents joined Confederate regiments in nearby Maryland or Virginia, the majority of men who served in the armed forces did so in the Union army or navy. Among them was the 1st Delaware, the first full regiment raised in the First State. 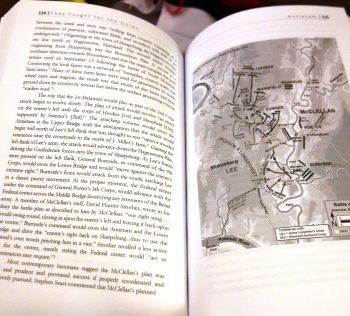 Biggs’ new book, while incorporating some of Seville’s wartime experiences covered in his earlier work, is greatly expanded and of much broader and deeper scope. Utilizing hundreds of fresh accounts from soldiers’ letters, newspaper articles, diaries and journals, pension records, and other primary sources, Biggs has woven the most detailed account ever written of the 1st Delaware. This is now the definitive source for information on this oft-neglected, but hard-fighting regiment that primarily served in the Army of the Potomac.

Profusely illustrated, annotated, and indexed, this 506-page book features 17 chapters plus an introduction and epilogue. Arranged in chronological order, they follow the regiment from its inception in May 1861 as a 90-day regiment to its reconstitution later that year as a three-year regiment and on to its eventual mustering out on July 12, 1865, as Veteran Volunteers. After serving on guard duty at Fort Monroe and Camp Harrison in Virginia, the 1st Delaware participated in the occupation of Norfolk, helping secure the important naval base and nearby auxiliary facilities.

After joining the Army of the Potomac, the Delaware boys participated in nearly every major battle in the Eastern Theater, including Antietam, Fredericksburg, Chancellorsville, Gettysburg, Mine Run, the Overland Campaign, Siege of Petersburg, and the 1865 pursuit of Lee’s retreating army that culminated in its surrender at Appomattox Courthouse.

Biggs aptly retells the story of the 1st Delaware in compelling and interesting fashion. He is able to weave the vast myriad of primary sources into a fast-flowing, yet deeply researched book that is at the same time interesting to read and a fine source of information on the regiment’s movements, battles, and people. It is a fine addition to the historiography of the Army of the Potomac. 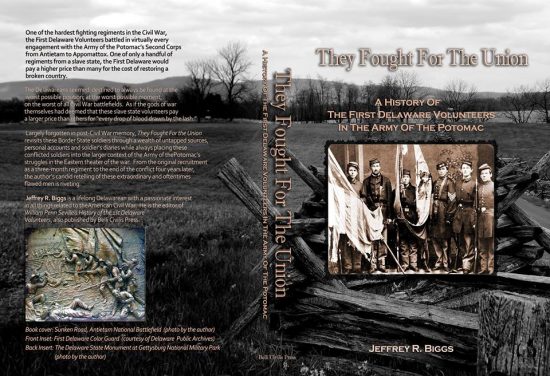