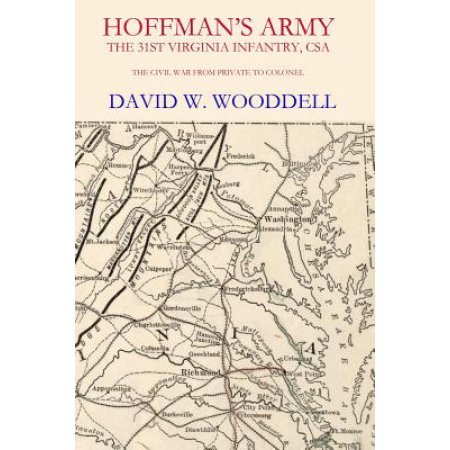 As the biographer of Confederate General William “Extra Billy” Smith, I have long been interested in the 31st Virginia, a regiment in Smith’s brigade during the early part of 1863 and during the Gettysburg Campaign. Its long-time leader, Colonel John S. Hoffman, had been a state legislator before the War Between the States.

A resident of Clarksburg, in what is now West Virginia, Hoffman was initially against secession until certain tax issues could be resolved. When Virginia finally seceded and war broke out, like some of his neighbors he enrolled in the Southern army. It was not a popular decision, as much of northwestern Virginia was not supportive of slavery and tended to be pro-Union politically. Hoffman and what eventually became his regiment were essentially outcasts for the rest of the war (and for many soldiers, after the war as well).

The men of the 31st Virginia Infantry fought in some of the Army of Northern Virginia’s more significant battles, but many men longed to be assigned to retake West Virginia. They did make one expedition in the months before the 1863 Gettysburg Campaign, but were deemed too valuable to Robert E. Lee’s forces to be permanently transferred. Hence, the 31st would remain in the Army of Northern Virginia until the end of the war, despite Hoffman’s and others’ desires and petitions. 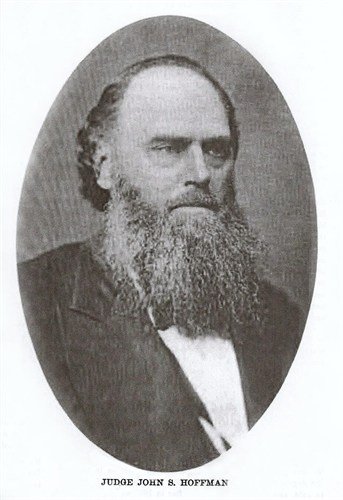 David Wooddell, a descendent of soldiers in the hard-fighting regiment, has brought the story of what was deemed as “Hoffman’s Army” to life for the modern reader. Woodell, a long-time contract editor for National Geographic and other publications, used extensive research and first-person accounts to carefully weave the complex, yet compelling story into a highly readable narrative. We almost come to know many of the long-ago members of the 31st through their writings, coupled with Wooddell’s added details from their lives and communities. Some live. Many do not. But, their voices are blended by Wooddell with other primary source material to add a very human element to the book.

It is much more than a recounting of the 31st Virginia’s movements and battles. It is also the story of its men, expressing their fears, joys, frustrations, and, at times, anger, at their circumstances that led them so far from home and hearth into a part of Virginia that was similar in name only to their mountainous region. Wooddell follows the regiment from its inception through its finale, and then neatly sums it up with stories of the main characters in the years following the war, bringing closure to their letters and writings.

One of the soldiers whose writings Wooddell uses extensively is Sgt. Joseph C. Snider. He and the rest of Hoffman’s army marched into York County, Pennsylvania, on Saturday, June 27, 1863, during the Gettysburg Campaign. They were part of Extra Billy Smith’s brigade of Major General Jubal Early’s division. Midday on Sunday, General Early halted Smith’s men north of York and they camped on various farms from Emigsville south to what is now North York. They would spend two nights around York before moving west to Heidlersburg, where they camped the night before the battle of Gettysburg.

Sergeant Snider commanded a picket post somewhere in the countryside off of what is today N. George Street. On Monday the 29th of June, “We arrived at our post about 2 AM and remained all day,” Snider penned in his diary. “We had a fine time and found plenty to eat, though the house had been plundered. There was a cow left, which we milked. In the evening we baked up two day’s rations in the stove. Several of the boys have been nearly drunk, whiskey being plenty. About 11 P.M. we was ordered to report back to camp, arriving there about one o’clock [on the 30th].”

Woodell comments that Snider was not used to such high living, noting that the sergeant added, “After getting to camp I felt very much sick and vomited all night, together with a cramp in my stomach. I got permission to ride in the ambulance for the first time since I have been in the service. We marched early, taking the back track [Canal Road to East Berlin Road], and passed through Berlin some three miles and camped.” On the following days, Snider would fight at Gettysburg. He lived. Joe Snider’s luck ran out, tragically, the following year at the Third Battle of Winchester in the Shenandoah Valley when he was killed in action.

This is a fine book, one of the better recent regimental histories, and is well worth adding to your bookshelf if you have an interest in Lee’s warriors or in the fighting in the Eastern Theater of the Civil War.