The fastest train ride of the Civil War in York County!

Cooper Wingert and I are celebrating the release of our new book, Targeted Tracks: The Cumberland Valley Railroad in the Civil War (Savas Beatie, 2019).  The CVRR ran between Harrisburg (Pennsylvania’s state capital) and Hagerstown, Maryland, where it served the merchants and farmers using the National Road. In between, the railroad ran through the verdant Cumberland Valley, with its headquarters in Chambersburg and key stops in Shippensburg, Carlisle, and Mechanicsburg. A bridge at Bridgeport (now called Lemoyne) carried the CVRR trains over the Susquehanna River into downtown Harrisburg. At Bridgeport, the CVRR intersected with the Northern Central Railway, which ran north to Williamsport and south to Baltimore.

As the battle of Antietam waned late on September 17, 1862, Union Major General George B. McClellan, worried about a shortage of long-range ammunition for his largest guns, asked the Department of War for additional supplies. Army quartermasters hastily organized a rail shipment to replenish McClellan’s Army of the Potomac. They loaded hundreds of crates of artillery shells into several boxcars of the Baltimore & Ohio Railroad. Soon, the train was off to Baltimore. Once there, the cars were taken through what is now the Inner Harbor area to the station of the Northern Central.

That’s when the adventure began.

And what an adventure it must have been, considering the dangerous cargo and the wild ride through south-central Pennsylvania! 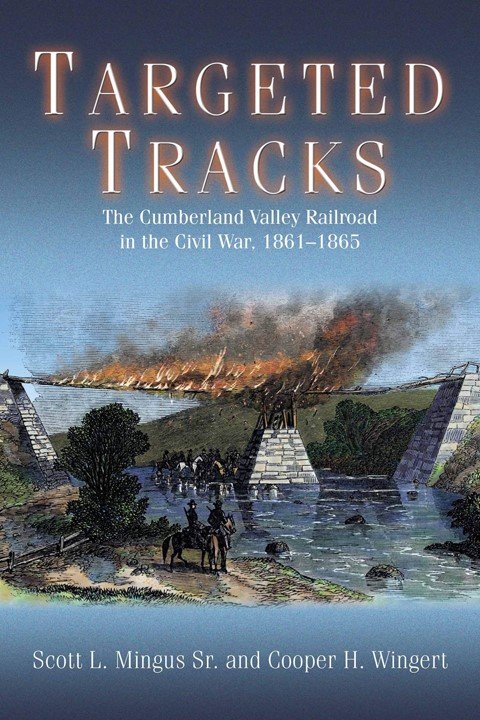 The engineer received the all clear signal and steamed north through rural Baltimore County. All the while, he was picking up speed, given the army’s orders to get the ammunition to McClellan in time for an expected renewal of the fighting on September 18. Passenger trains normally ran the Baltimore-to-York-to-Bridgeport route at 20 to 25 miles an hour; heavy freight trains were much slower. Now, as the crew put on the steam, the special ammunition train barreled into southern York County. It blasted through the station at New Freedom, roared past Hanover Junction and Glatfelter’s Station, and made it to York. However, there were many more miles to go and “Little Mac” needed his ammunition.

The special train continued to race through York County, passing through Emigsville and Mount Wolf and heading to Bridgeport. The journal “hot boxes” were blazing hot, requiring two ten-minute stops to allow them to cool sufficiently to avoid a disastrous fire and potential catastrophic explosion, given the contents of the wooden burden cars. At Bridgeport, the CVRR engine Judge Watts picked up the train once the journals were cool enough and headed west then southwest to Hagerstown, where crews unloaded the boxcars and placed the crates in supply wagons for the transport to the army.

McClellan’s ammunition train had set a new speed record in its dangerous, careening journey from Baltimore to Hagerstown. It covered the 158-mile one-way trip in only 4 hours and 31 minutes (including the two 10-minute stops to cool the hot boxes).  At times, the speed exceeded 50 miles an hour. Overall, the trip averaged an astounding 37 miles per hour!

No other train during the entire Civil War ever passed through York County at such terrific speeds.

The irony was McClellan had no immediate use for the ammunition. Even as the train dangerously made its way toward his waiting supply wagons, he had made the decision not to resume hostilities. He allowed Robert E. Lee’s Army of Northern Virginia to withdraw without a second day of battle.

Pick up a copy of the new book on the Internet (Amazon, Barnes & Noble, Target, Walmart, etc.) or from Civil War and More (just a short ride from York County in Mechanicsburg).