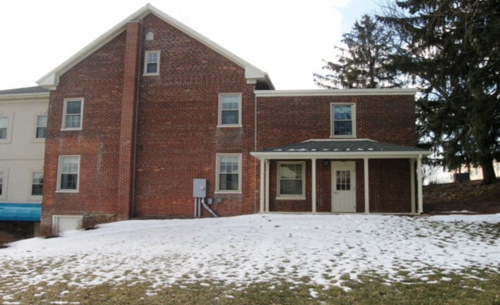 This old red brick Manchester Township farmhouse was owned by Dr. Adam Eisenhart during the American Civil War. Located on Stillmeadow Lane near Susquehanna Trail, it is now the property of Stillmeadow Church of the Nazarene (where Debi and I attend). Known as the Sprenkle House for a post-Civil War owner, the old Eisenhart house has been heavily modified and now serves as the church’s office complex as well as the home to New Beginnings counseling services.
Eisenhart lost an 8-yr-old dark sorrel mare that he estimated to have been fifteen hands high. It was taken from his stable in his barn. The horse was taken on Monday, June 29, by Col. William H. French‘s 17th Virginia Cavalry. Eisenhart filed a claim with the government to recover his $200 loss. 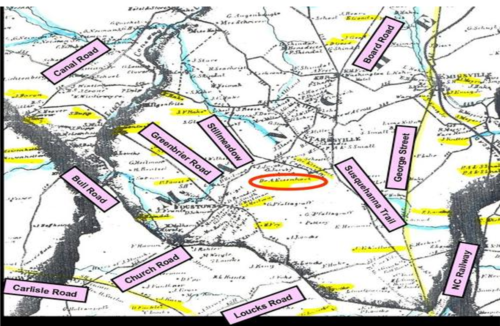 Debi and I live on one of these old farms in Manchester Township.

This section of the 1860 Shearer & Lake map of York County shows the Eisenhart farm (circled in red) on Stillmeadow Lane (he also owned land just north of today’s Nazarene Church). The other farmers’ names that are highlighted in yellow also lost horses or mules to the Confederates (some to Colonel French, some to J.E.B. Stuart on June 30 or July 1). It is likely many of the farms not highlighted were also visited by the Rebels, but the farmers had taken their horses away to safety or had successfully hidden them. 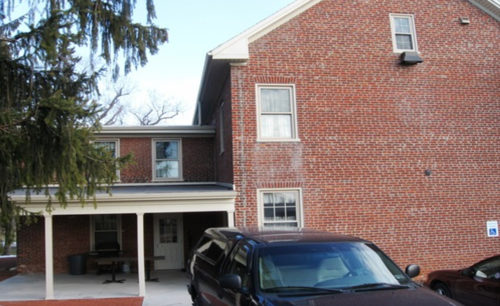 The back of the Eisenhart farmhouse, now a ministry center. Dr. Adam Eisenhart was a country physician in Manchester Township, York County, PA. He was born about 1810, a son of Johan George (also a doctor) and Eva (Zeigler) Eisenhart. He married Leah Forry (born about 1819), and they had a number of children, including Peter, Herman, Jerry, Joseph, Ida, and Charles. 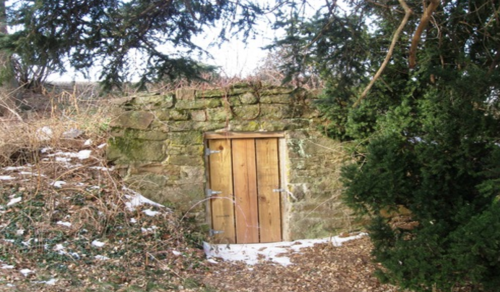 The old spring house used by the Eisenharts and later farm owners to provide fresh drinking water, and to keep milk, cheese, and other foods fresh and cool. 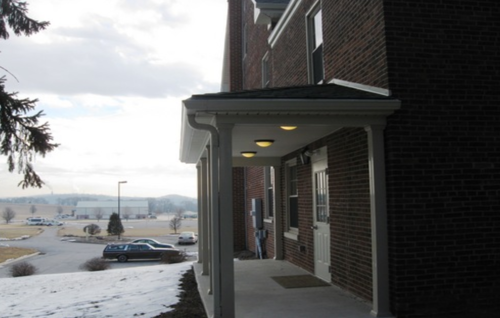 Looking toward the distant Stillmeadow Church of the Nazarene and beyond to the Susquehanna Trail… the old stable raided by the Rebels would have been east of the farmhouse. The site is today a parking lot. French’s cavalry was active in this area on both June 28 when 200 troopers rode up to York Haven to burn the Conewago bridges and on June 29 when they scoured the countryside for horses.
Here is a brief biography of one of Dr. Eisenhart’s sons, taken from Gibson’s 1886 History of York County, Pennsylvania. The boy grew up in this farmhouse, and then served in the Union Army during the Civil War.
“Herman Andrew Eisenhart, of Manchester Township, was born January 25, 1843, and is a son of Dr. Adam and Leah (Forry) Eisenhart, natives of the same township, who had a family of eleven sons and three daughters, of whom our subject is the second son and fourth child. His grandfather, Dr. George Eisenhart, emigrated from Germany in the early history of our county, and located in the present limits of West Manchester. From him descended the numerous families of Eisenharts, most of whom reside in York County.
The subject of this sketch was brought up on his father’s farm, at the same time attended the public schools. At the age of nineteen he began the study of medicine in the office of his father, and at the age of twenty-nine, upon the death of his father, succeeded to the practice, which he still retains. August 19, 1864, he enlisted at York, in Company H, Two Hundredth Regiment Pennsylvania Volunteers, 200th Regiment, and was honorably discharged with his regiment, May 30, 1865, at Alexandria, Va. He participated in the battle in front of Petersburg and the first and second attack on Fort Steadman.
After the war he returned home and resumed his medical practice at his present home, three and a half miles north of York. He married Rebecca Hamme, a native of York County, October 14, 1866. They have eight children: Lillie Cora, William McCall, Harvey G., Adam, Kurvin C., Annie Kate, Herman A. and Howard Filmore. Dr. Eisenhart is a member of the Lutheran Church, is a Republican in politics, and served one term as school director. In addition to his medical practice the Doctor pursues farming, a part of his time, as a healthy recreation. His father died in 1872, aged sixty-two years, and his mother in 1882 at the same age.”