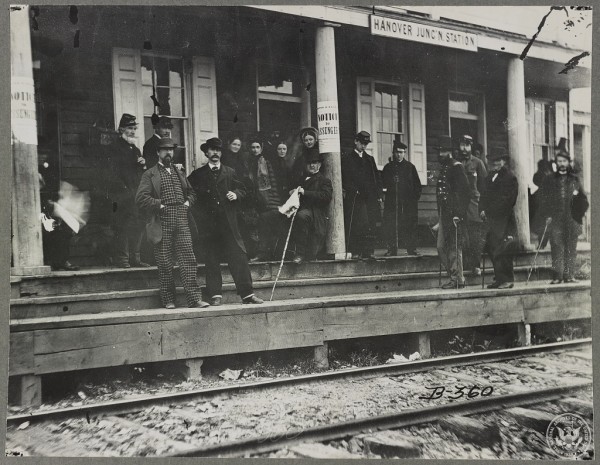 A photographic team visited Hanover Junction, Pennsylvania, in November 1863 to take photographs of the dignitaries waiting there for the westbound train to Gettysburg. Hanover Junction, located in southern York County less than 20 miles from the Maryland line, was the intersection of the Hanover Branch Railroad (east-west) and the Northern Central Railway (north-south).

On November 18, hundreds of passengers passed through this interchange while headed for Gettysburg to attend the dedication of the National Cemetery, where most of the Union dead from the Battle of Gettysburg had been re-interred earlier in the fall. Brady’s photographic team was at Hanover Junction to record the arrival of President Lincoln’s special train which was steaming north from Baltimore. Other trainloads of dignitaries, including politicians and generals, arrived before (and in the case of the train of Governor Andrew Curtin of Pennsylvania, well after) Lincoln’s arrival.

Some accounts suggest that Lincoln himself appears in one of the half-dozen or so known photos of the people. Misidentified for years in the Library of Congress as showing Hanover Junction, Virginia, the pictures were correctly identified in the 1950s by York County researcher Russell Bowman. The identity of the original photographer is uncertain; the earliest sales of these photographs are credited to Matthew Brady’s studio, soon to be followed by Anthony’s of New York. Gettysburg photography expert William Frassanito has suggested Hanover photographer Peter Weaver as a possibility.

The particular photo above is believed by some Civil War buffs to show the aging Mexican War hero and former General-in-chief Winfield Scott and his four daughters on the eastern porch of the Hanover Junction depot (the side facing the Northern Central tracks). Here are some blow-ups of that image. 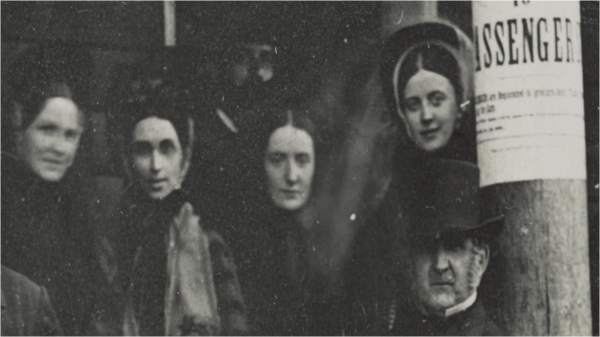 Winfield and Maria Scott had seven children. Only their four daughters lived to adulthood; their sons died. After their mother also died, Scott’s daughters (Virginia, Cornelia, Adeline Camilla, and Marcella) either solo or in groups frequently accompanied the old general on public visits, including several trips to West Point. However, there is little documentation that the group was at Gettysburg (or Hanover Junction) for  the ceremonies. In fact, Scott had sent a letter to Gettysburg attorney David Wills expressing his regret; a snippet from that letter was read during the ceremonies.

By the autumn of 1863, Scott was well into retirement, although he still at times advised President Lincoln. Scott’s “Anaconda Plan” to blockade Southern ports had borne fruit, despite early skepticism.

Here is a known photograph of Scott taken by Matthew Brady in 1861 for comparison of the facial features with the above photo. 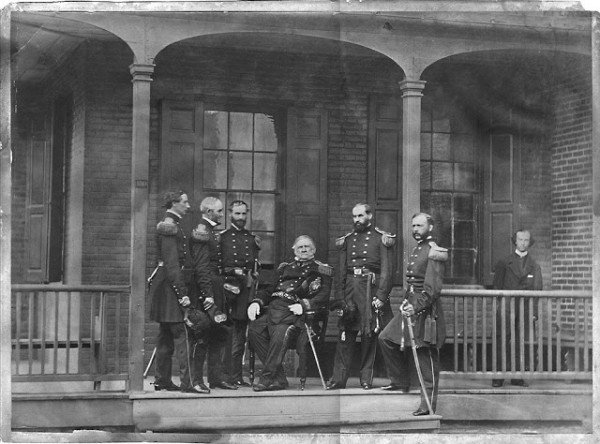 Here are some enlargements of the other people on the porch in the Hanover Junction photo from November 18, 1863. Some believe the man in the checkered suit (his head is shown here at the bottom left) is John Nicolay, an aide to President Lincoln. 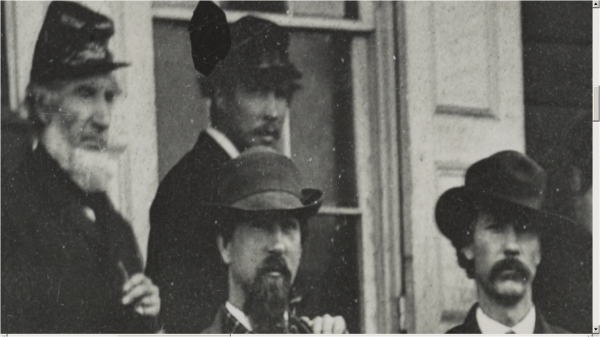 Here is a known photo of Nicolay for comparison… 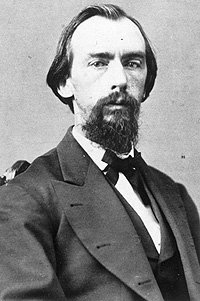 Another shot of Nicolay, shown here with Lincoln and John Hay. 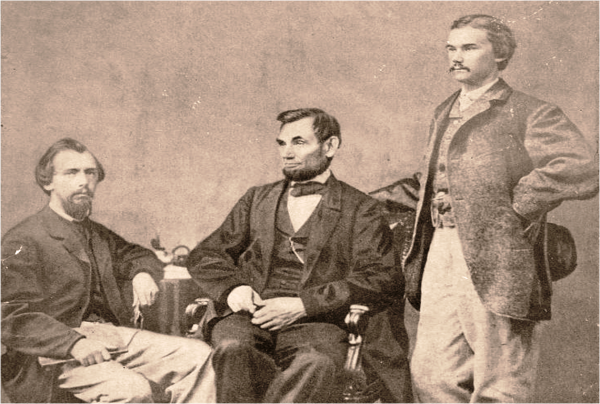 Some more of the men gathered on the porch… 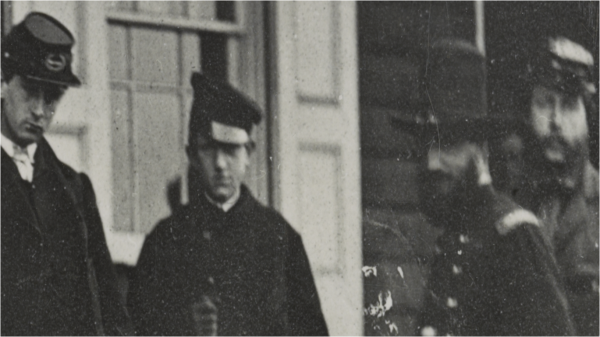 The gentleman in the tall hat second from the right may be a Union general, although the shoulder board is hard to clearly define in the photo.

Generals known to have been on the platform during Abraham Lincoln’s delivery of the Gettysburg Address included Major Generals Robert C. Schenck (in charge of the Middle Department based in Baltimore), Julius Stahel (the cavalry commander of the Department of the Susquehanna and a former officer in the Army of the Potomac in the early days of the Gettysburg Campaign),  Abner Doubleday (who fought at Gettysburg in the First Corps), Darius N. Couch (commander of the Department of the Susquehanna based in Harrisburg), John Gibbon (a division commander at Gettysburg who later was part of the Little Bighorn Campaign against Sitting Bull’s Indian forces), and Provost Marshal General James B. Fry. However, this man does not appear to be any of them, with Couch perhaps having the closest resemblance to the mystery officer in the above Brady photo.

I am still looking for some confirmation that Winfield Scott and his quartet of daughters indeed visited Gettysburg, which would be the final piece of evidence that the elderly dignitary with the long cane is indeed the corpulent general, who is known to have required a cane to get around by the middle of the Civil War.