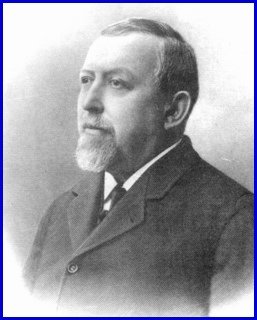 Physician recalled the Fishing Creek Valley in the Civil War

In 1907, Dr. Israel H. Betz, a York-based physician, typed his memoirs of the past 50 years in the Fishing Creek Valley, a scenic countryside split between Fairview and Newberry townships in northeastern York County. It is an area now bisected by Interstate 83 and much has changed since Betz’s day. For him, much had changed even in 1907 from his early days. By the turn of the century, “English is the language used, very little Pennsylvania Dutch being used although very many are able to understand it.”  The area had long been noted for its fine farms and hardworking agrarian lifestyle. Dr. Betz added, “The people of the community are very conservative in their habits and not much given to change in their modes of living or thinking.”

Dr. Betz described many of his neighbors and former acquaintances who had passed on, including several passages about the early Quakers. At their peak, more than 2,000 Quakers lived in northern York County, he wrote, with the Conewago Creek being the unofficial boundary between the English descendants and the Germans. “During the Civil War,” Betz observed, “owing to the scarcity of sugar and molasses sorghum, sugar cane was raised. Isaac Taylor had a sugar mill for the manufacture of this cane into syrup.”

Betz mentioned several other local incidents from the Civil War in his lengthy discourse:

“The people of Fairview and Newberry Townships give republican majorities, they were exceedingly loyal during the Civil War. Eighty-seven men left Newberry township in one day and enlisted in Rev. Captain Charleton’s Company in March 1865. The 130th, 107, 93, 166, 16th, and 12th Reserves and other regiments had many members from Fishing Creek Valley. They maintained good discipline and resumed their place as orderly good citizens.”

Later, he noted, “The Rebellion offered the first outlet for young men to go away from home, others occasionally went west…. Very few of them enlisted in the Regular army. On the whole not many men, compared to the whole number of enlisted, yielded up their lives during the great rebellion, we do recall such names as Lyman Brubaker [130th PA; killed at Fredericksburg], Harman Miller [130th PA; killed at Antietam], William Reynolds, Elmer Wise, John Fisher [93rd PA; killed at 3rd Winchester], Sanford Waite Fisher [93rd PA; killed at Fair Oaks] and others less readily recalled. The Valley was pretty well drained of available men during the Rebellion. Not enough would have been left to fill the forthcoming draft just before the war ended.”

Dr. Betz gave this impression of the area during the July 1-3, 1863, battle of Gettysburg.

“During the summer of 1863 this community narrowly missed being the battlefield between the opposing armies. Much of the stock had been taken across the river. Many of the household valuables were secreted or buried. The firing on the second evening at the Battle of Gettysburg was distinctly heard on the quarry grape vine hill. This was the famous charge of the Louisiana Tigers on Cemetery Hill which took place at dark or later. The cannonading was continuous and multiple. The reports of small arms was continuous. At other times during the three days engagement reports were heard, but not so distinctly as on that evening.

“A drenching continuous rain occured after the battle which lasted for several days. The haying and grain cutting owing to the absence of teams and persons and the general excitement had been delayed or abandoned. Much of the hay and grain went to waste owing to delay and rainey weather.  But this was war and rumors of war at our own doors and it was borne with as a matter of course. There was a scarcity of help and the number of available men was largely diminished. Women, who are ever heroic and ready to make untold sacrifices, took their places in assisting in the duties of the farm. The country was determined to uphold the integrity of the Union. No sacrifices were too great and when death came to those in the camp or the battle it was borne by father, mother, sister, brother and friend with stoicism and fortitude.

“When the climax of the rebellion was reached in the assassination of Lincoln, the loss of whom [was] that of a friend and as personal. Homes in out of way places were spontaneously decorated in the habilments of mourning. Old people walked great distances to funeral services that were help memorially. The countenances of the people appeared as though the bereavement were domestic. Never did a people display a more heartfelt patriotism. Almost every household had representatives in the army and many had an aching void in the midst. Never were a people so possessed by a dominant idea as that of the preservation of free institutions, where the people rise in the might of their power, the results is overwhelming in grandeur and results. The end came and it was as though the sun had risen at midnight.”

Dr. Betz noted, “Not many wounded men returned. Martin Fortenbaugh and Thomas Numbers and some others were among the number. Some returned home to die from the exposure of the service. So far as we can ascertain no prisoners were confined at Andersonville or any of the other noted prison pens from this Valley. Many of the soldiers who enlisted in the service from the valley are still living forty (40) years after. But many have removed elsewhere.”

The physician-historian also mentioned John Mills, a noted fruit grower whose extensive orchards and home were south of Yocumtown. He and his wife Lydia lost two sons in the Union army. “William died in the hospital [at Fort Monroe in Virginia on October 17, 1865] after his three years term of service had expired. His body was brought home for burial. Thomas was in Anderson’s Troops and died of Typhoid fever.” Blogger’s note: Sergeant William Mills, a veteran of the 3rd Pennsylvania Heavy Artillery/152nd PA] is buried in Redlands Friends Cemetery in Newberry Township.