“Extra Billy” Smith to appear at York Civil War Round Table on Oct. 16 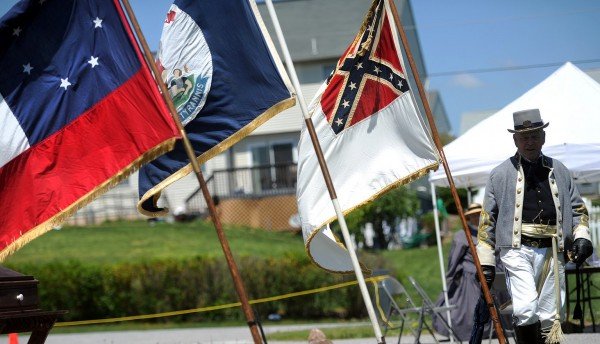 Living historian Ed LeFevre will appear at the October 16, 2013, monthly meeting of the York Civil War Round Table in York, Pa. He portrays Confederate General William “Extra Billy” Smith, the oldest general officer at the Battle of Gettysburg and the governor of Virginia from 1864 until the collapse of the Confederacy. Smith’s Virginia infantry brigade was part of Jubal Early’s division which occupied central York County in late June 1863 in the days immediately preceding the fighting at Gettysburg. They camped along N. George Street between Emigsville and North York.

The first-person presentation is free to the public and everyone is welcome. The meeting will be at 7:00 p.m. on October 16 in the auditorium of the York County Heritage Trust, 250 E. Market Street, York PA. Nearby street parking is also free.

G. Edward LeFevre, a retired engineer  from Lancaster County, Pa., first portrayed General Smith several years ago during a Civil War pageant in York County. He was doing restoration work on the York County Courthouse when he became aware of the need for someone to play the role of Smith in ceremonies remembering the Confederate occupation of York. Since then, he has expanded and refined his portrayal, and has appeared at numerous Civil War events, including speaking at Round Tables and historical societies and appearing in Richmond, Virginia, at the Confederate Memorial Chapel. He and his wife Nancy live in northern Lancaster County.

Civil War author Scott Mingus is also scheduled to be at the Round Table meeting to sign copies of his new biography of General Smith.