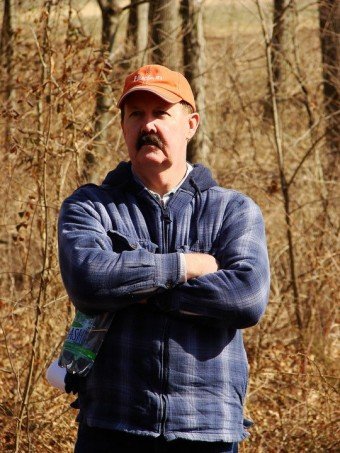 The York Civil War Round Table will feature roundtable member Randy Drais as the speaker at this month’s meeting on Wednesday, May 15, 2013. Randy will present a PowerPoint talk based on his many years of experience “Exploring the Battle of Gettysburg.” The meeting will be held at 7 p.m. in the auditorium of the Historical Society Museum, 250 E. Market St., York, PA.

Did you know that there were three privately-owned parks and a trolley line on the battlefield, all roughly operating at the same time? Did you know that in addition to “citizen soldier” John Burns, the 70+ year old civilian who fought alongside Union troops, there were other citizens who fought as well, including an African-American? Did you know that one monument, with an interesting story behind it, includes a depiction of a hornet’s nest with hornets angrily buzzing about? Join us for a look at many of the lesser known facts, individuals, and locations pertaining to the Battle of Gettysburg and the Gettysburg National Military Park.

Born and raised in York, Pennsylvania, Randy Drais developed a keen interest in the Battle of Gettysburg and the Gettysburg Campaign immediately after a 5th grade field trip to that famous Civil War battlefield. A lifelong passion to learn more resulted in his creation in March of 2008 of a website, http://battleofgettysburgbuff.com/, for individuals who wish to learn and do more than the average visitor to the battlefield. A “companion” website, http://battleofgettysburgbuff.net, Facebook page, and a quarterly newsletter soon followed.

A graduate of York College of Pennsylvania with a B.A. in International Studies, Randy has worked in the Pennsylvania House of Representatives, the Pennsylvania Department of State, and currently works in the Pennsylvania Senate. Married with two daughters, Randy is looking forward to retirement in two years, partly to be able to devote even more time to his main passion, learning even more about the Battle of Gettysburg and sharing that information with others.

There is no charge for admission! Parking is free! Bring a friend!