Excellent new book on relics and artifacts of Little Bighorn 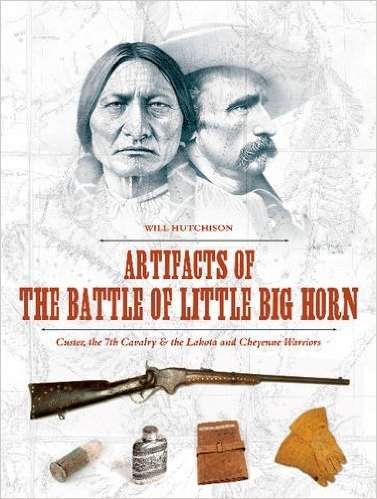 Say the name “George Armstrong Custer” and immediately visions usually come to mind of hordes of Native American warriors circling an outnumbered band of desperate U.S. 7th Cavalry troopers. Custer, pistols blazing, goes down fighting as his men perish around him on Last Stand Hill. Hundreds of paintings, illustrations, drawings, sculptures, miniatures, and other depictions have colored our view of the battle of Little Big Horn. However, most are purely conjecture, as Native American accounts of the battle vary and everyone with Custer died and of course left no record of what unfolded.

Recent archaeological studies in the 21st century have begun to shed some light on what transpired. Indian and cavalry positions have been pinpointed by tracing shell casings and recovered bullets. Movements of the warriors and troopers are somewhat clearer today than in the 19th and 20th century accounts. Yet, there is still so much that likely will never be known with any certainty.

With all the combatants long gone, we are left with the only tangible remnants of the battle and the clash of cultures — relics and artifacts either recovered from the battlefield itself, or representative of the clothes, weapons, accoutrements, everyday utensils and personal items, etc. that the natives and Custer’s men typically would have used.

Author and photographer Will Hutchison has taken photos of many of these items and included them in his fascinating new book, Artifacts of the Battle of Little Big Horn: Custer, the 7th Cavalry & the Lakota and Cheyenne Warriors. 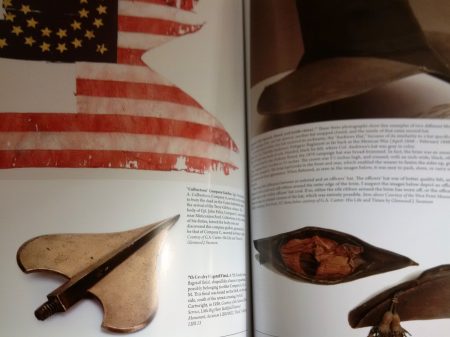 Presented in full color with multiple images printed on glossy coated-two-side enamel paper, Hutchison’s images (and those he includes from other photographers) offer an exceptional sampling of the variety of Little Big Horn and Great Sioux War artifacts found in private collections, museums, and other repositories. They range from army guidons and hats (shown above) to bullets and shoe leather.

Artifacts from the 7th Cavalry are more prevalent than from the Native Americans, but Hutchison has assembled a fine array from both opposing sides. 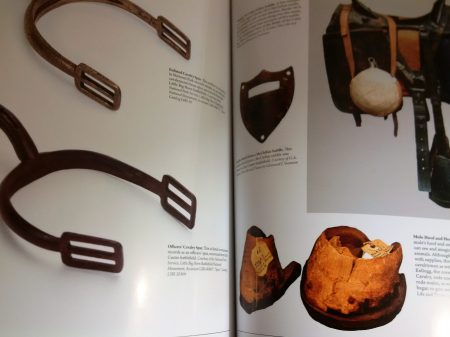 Among the stranger relics are these hooves from a horse and a mule that were killed during the battle. Some of the artifacts were dug from the ground; others were recovered in the hours, days, and weeks following the battle. Some were from Indian sources; others came from whites who toured the field over the years and found items still laying on the ground. Others were not at Little Big Horn but represent items that would have been familiar to the soldiers and warriors. 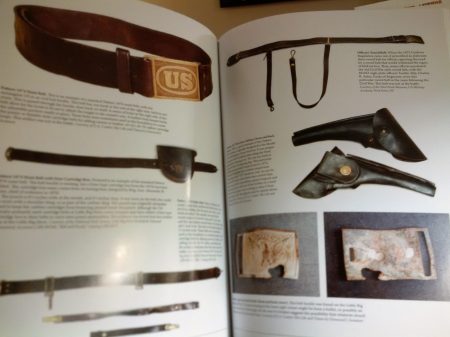 Most of the 207 pages are filled with multiple photos, all in color and accompanied by short descriptions of the artifact, its provenance and ownership (if known), where it currently resides, and other pertinent information.

Hutchison’s book is a wonderful addition to the historiography of Little Big Horn. It is a valuable resource for the battlefield buff, weapons experts, Custer student, and for anyone else interested in what transpired along the “Greasy Grass” on that fateful Sabbath in late June 1876. His concise prose and excellent photography complement his sweeping selection of relics to include in the work.

At $49.99, this book is not inexpensive, but the very high quality of the contents, premium coated paper, soft gloss, and vivid offset lithographic printing make this an essential addition to any Custer or Sitting Bull/Crazy Horse library. It indeed is well worth the money.