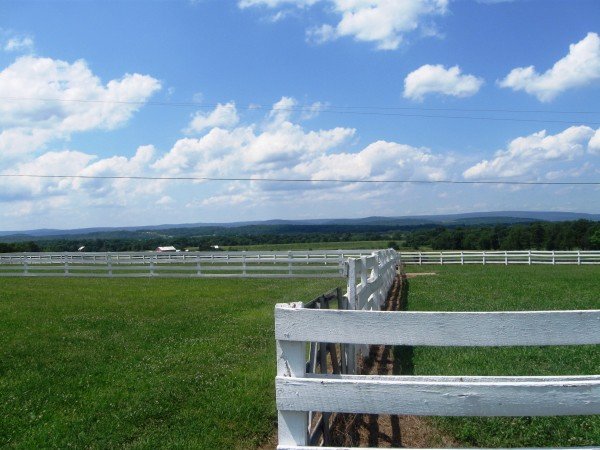 In this final installment of our series on the Eisenhower National Historic Site, we will look at Farm #2 and the exterior grounds of Ike’s home. This scenic vista from Farm #2 looks west toward the distant South Mountain range.

The National Park Service administers the site. Some of the buildings on Farm #2 are clearly deteriorating and are not being maintained, presumably because of budget issues. Congress has been debating further cutting the allocation for the NPS, which will of course further threaten national parks and historic sites such as Gettysburg National Military Park and the Eisenhower National Historic Site. 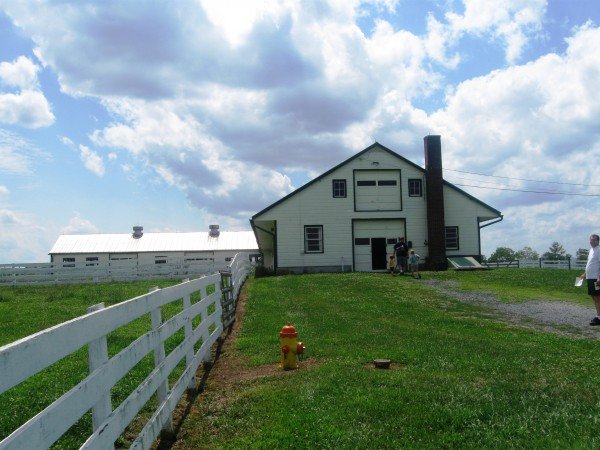 Dwight Eisenhower raised prize show cattle on Farm #2. This was his show barn, a place he enjoyed showing to his many visitors. Ike would often ride out here with his guests on a golf cart (three of which are preserved and on display at Farm #1). 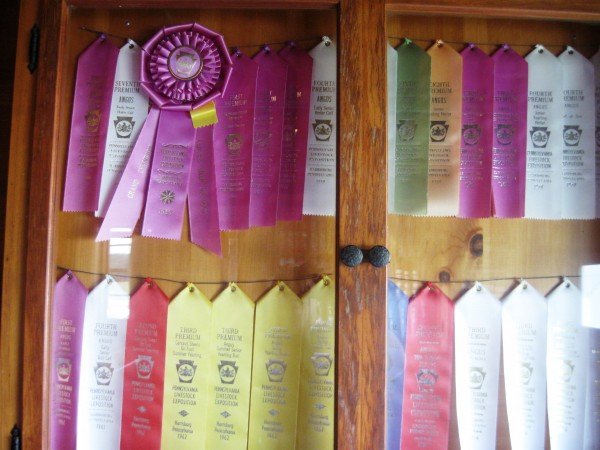 A small sampling of the many ribbons on display in the Show Barn. Ike often entered his cattle in exhibitions and shows, including at the annual Farm Show in Harrisburg, Pennsylvania. 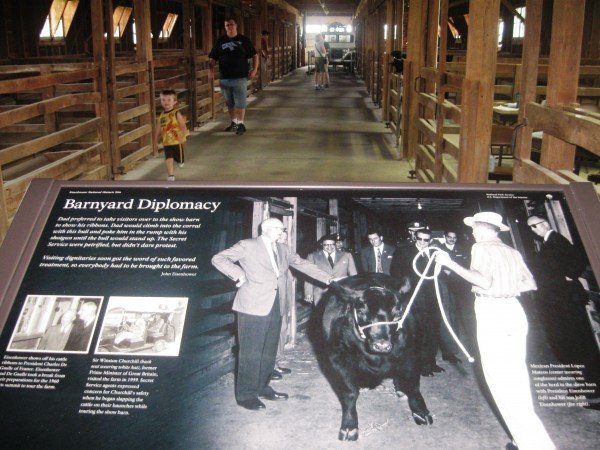 Eisenhower would often talk politics and world affairs with world leaders in the relaxed setting of his estate, including the Show Barn. 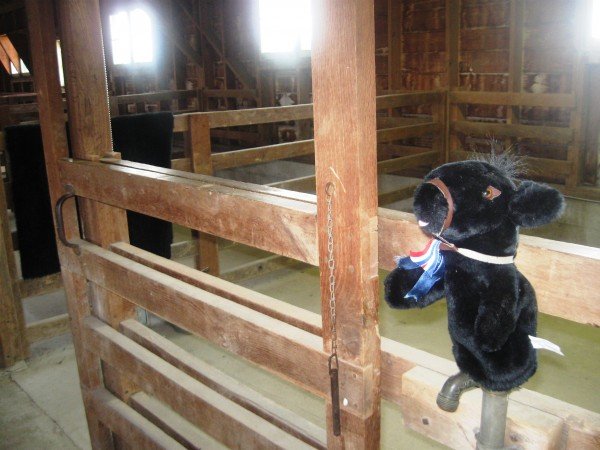 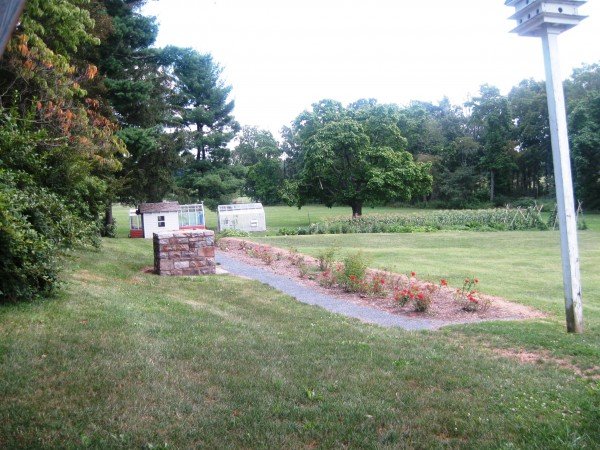 We are now walking northward back toward the main farm and Ike’s home. Here is a view of the vegetable garden and small greenhouses. 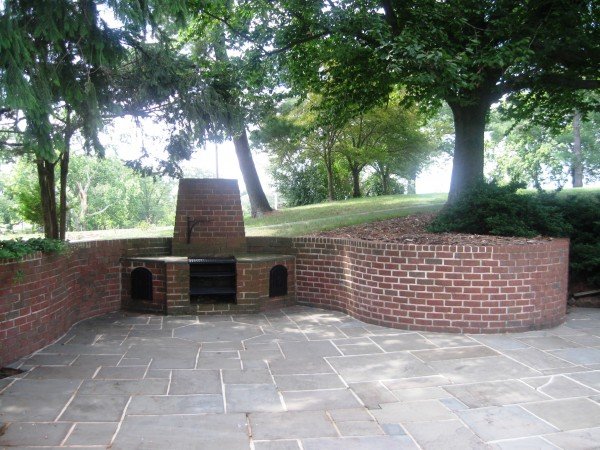 One can only imagine how many guests mingled around Ike’s barbeque pit over the years the Eisenhowers lived in their Gettysburg estate? 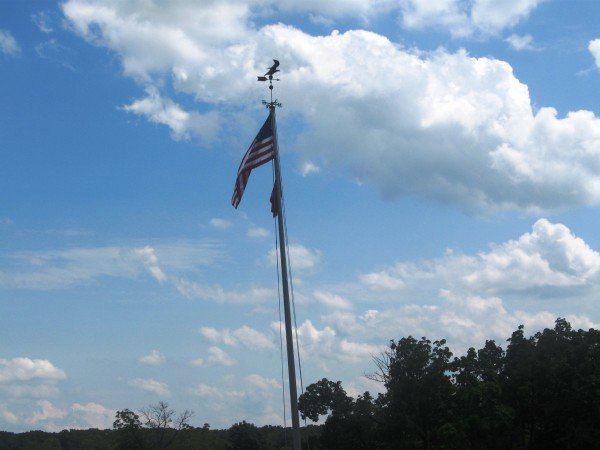 Dwight David Eisenhower, the 34th President of the United States, died in 1969 at Walter Reed Hospital. His memory remains strong in the Gettysburg area, with the Eisenhower National Historic Site, as well as various other plaques and memorials, including in front of a house he rented near Gettysburg College. 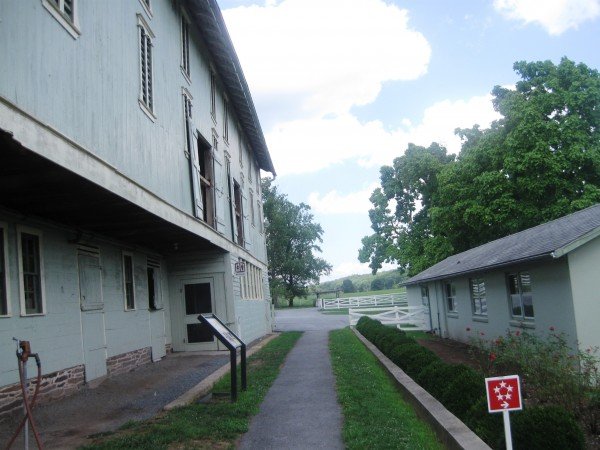 The post-Ike building on the right houses a small museum and gift shop. Public restrooms are in the historic barn to the left. 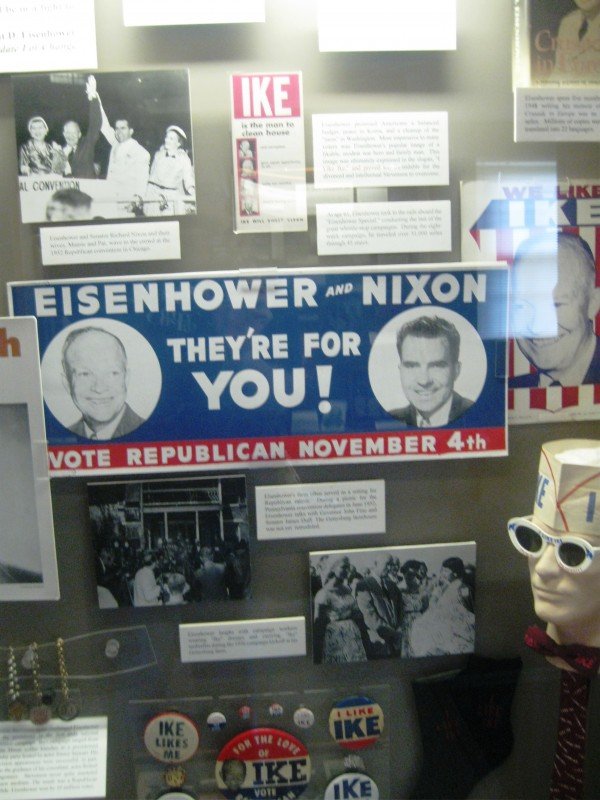 One of the displays inside the museum/gift shop/visitors center at the Eisenhower National Historic Site. 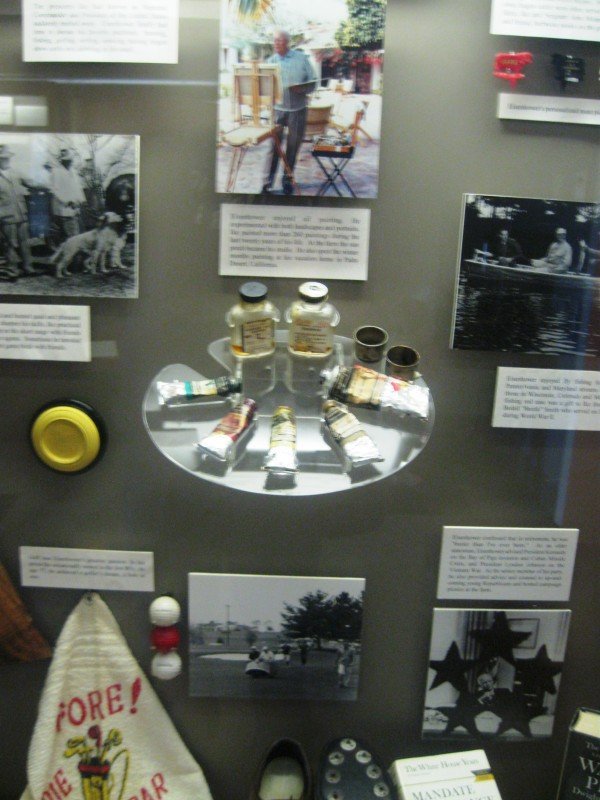