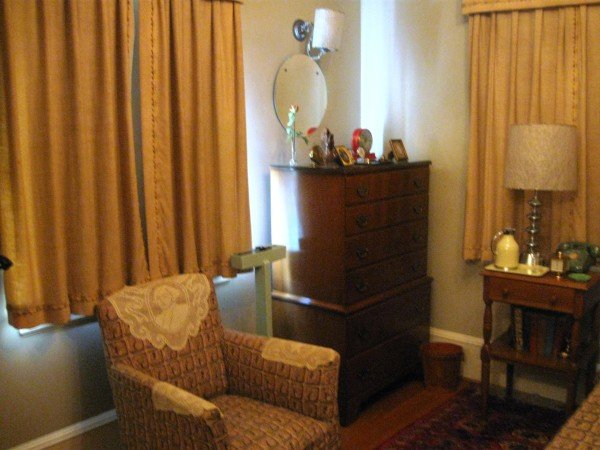 In Part 1 of this brief series of photographs of the Eisenhower National Historical Site, we looked a little at the western facing grounds of the estate and the downstairs entry way, living room, and dining area of the home. Now we will have a look at some of the rooms upstairs in the farmhouse, which is still very much the way that Ike and Mamie would have known it. Furnishings and accessories belonged to the Eisenhowers. 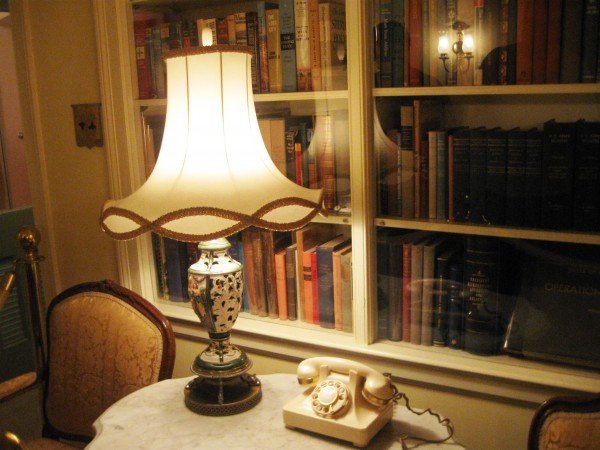 At the top of the stairs is a small sitting area with a built-in bookcase. Among the volumes are several Civil War books by renowned 20th century author Bruce Catton. Several well-used Bibles sit on one shelf, along with a number of books on military tactics and general history, as well as some of Ike’s books from West Point when he was a cadet. 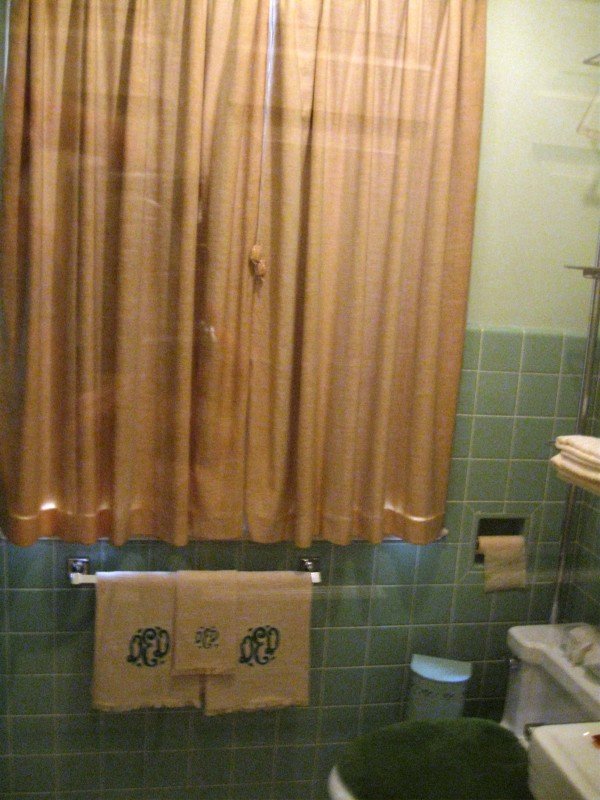 The home is a time capsule to the 1950s and early 60s. This bathroom with its tiled walls and chrome fixtures so very much resembles the style of my parents’ home where I grew up in the 1960s. 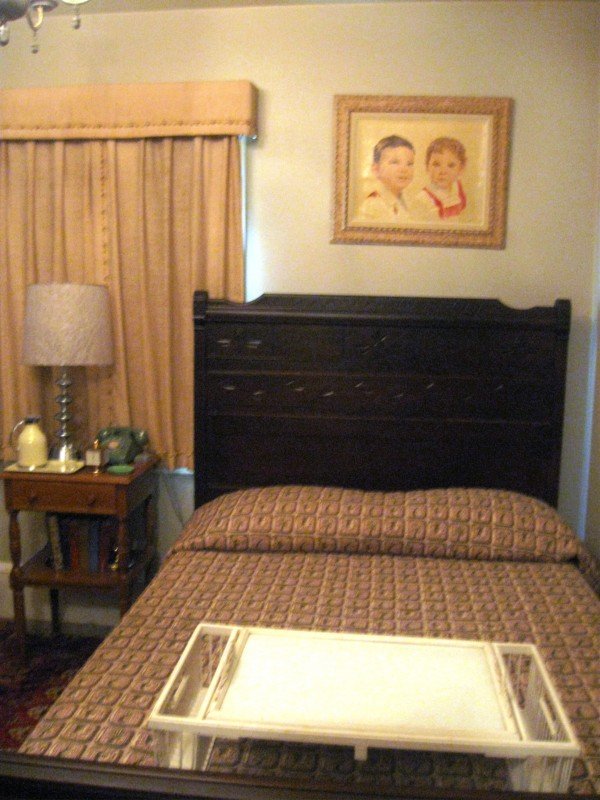 Ike was an accomplished artist, and he painted the portrait above the bed. Several of his pieces of art are scattered throughout the home, including depictions of family members, landscapes, covered bridges, and flowers. He started painting after World War II as a form of relaxation. 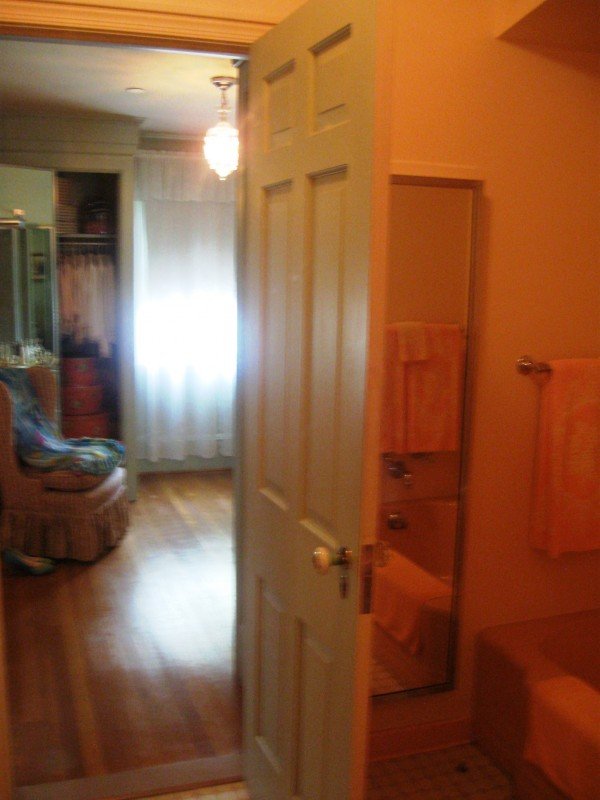 Mamie had her own private dressing area, seen in the background through the open doorway. Visitors are not allowed in the actual rooms, and are confined to the hallways to preserve the furnishings and prevent damage or theft. The building has an excellent security system, with alarms should someone venture over the barriers into a room (I inadvertently dropped a spent camera battery which rolled into a room). The guard mentioned that he could not even retrieve it until someone else disarmed the alarms. 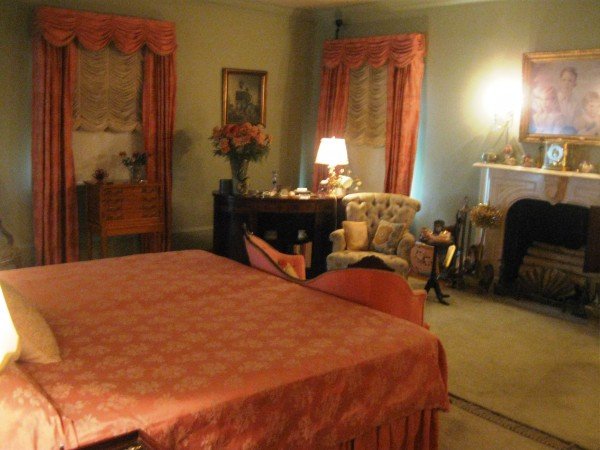 Mamie’s tastes are refined and simple, yet comfortable. They reflect their Midwestern roots and the many years of army life. This was the Eisenhower’s first real home in terms of longevity in any one place. 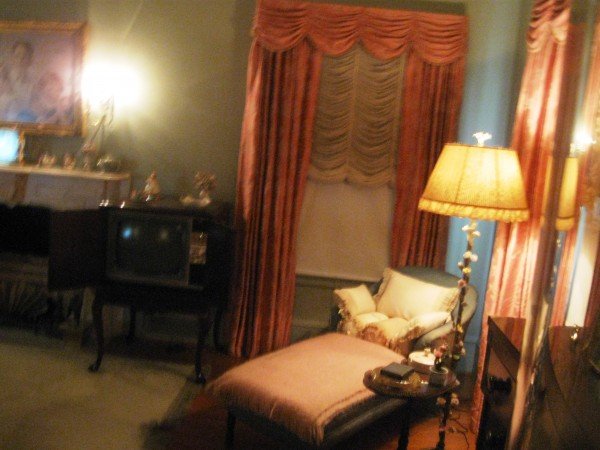 Check out the old television! High resolution, flat screen, wall mounted digital TVs were still decades away when the Eisenhowers purchased this American-made television in the 1950s. 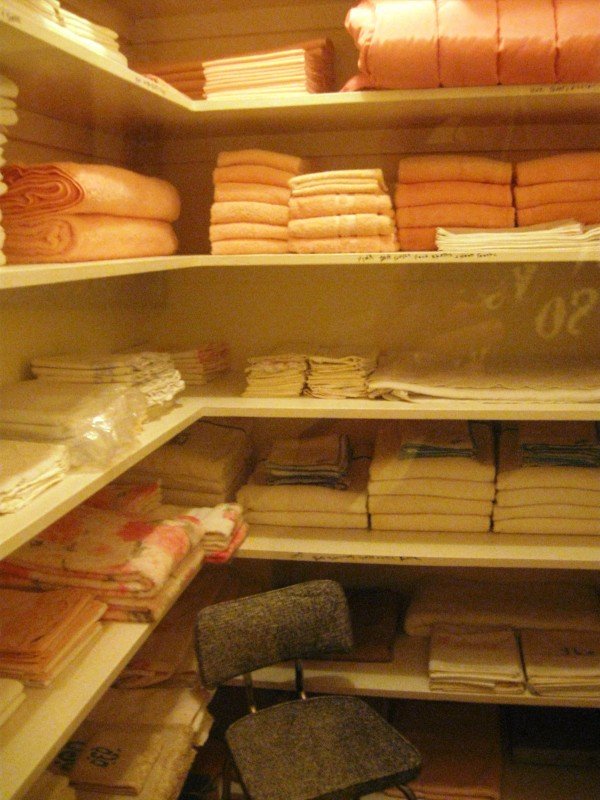 The linen closet reflects military efficiency, with shelves marked as to what goes where. 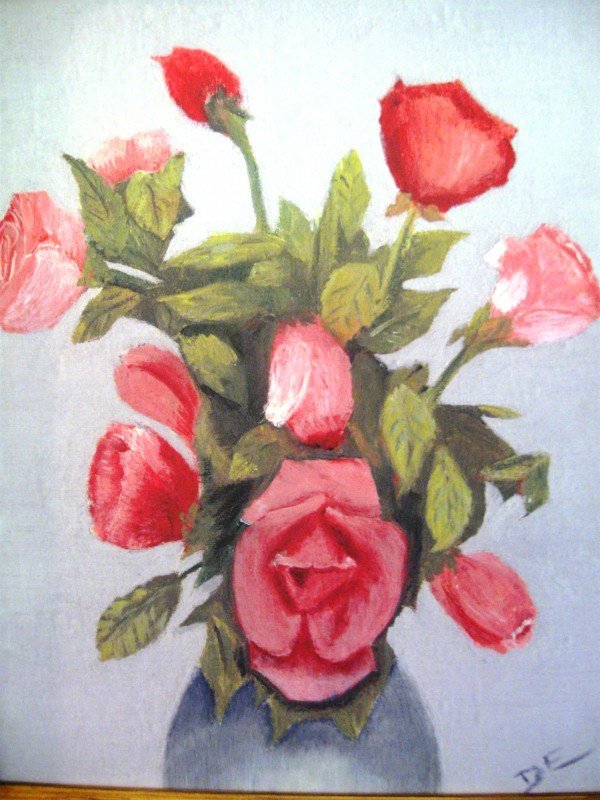 One of Dwight Eisenhower’s many paintings… note the DE signature in the lower right corner. Ike was quite prolific in his hobby. 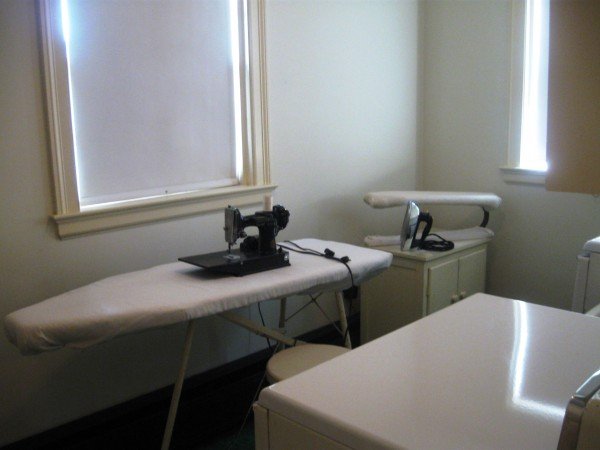 The laundry room is rather stark and colorless, compared with the warm colors Mamie chose for the rest of the home.