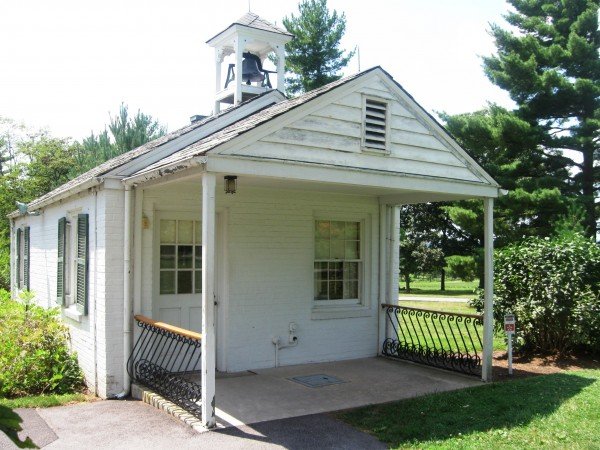 I recently (for only the 2nd or 3rd time) visited the Eisenhower National Historic Site near the Gettysburg National Military Park in south-central Pennsylvania. My two sons and my two oldest grandsons accompanied me. Tickets are available at the battlefield visitors center (quite reasonable), and include a motorcoach ride to and from Eisenhower’s farm.

The guest house is shown above. The old bell was on the Pitzer School, not far from the farm.

Here are a few more photos! 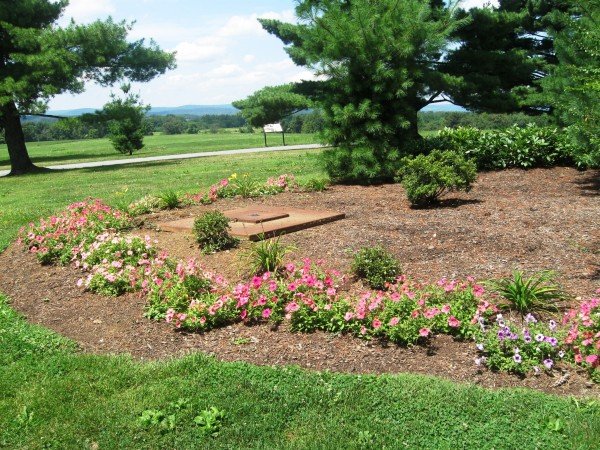 That’s the South Mountain range off on the horizon, looking west from the Eisenhower house. Ike used to enjoy chatting with his visitors while enjoying the scenic view. 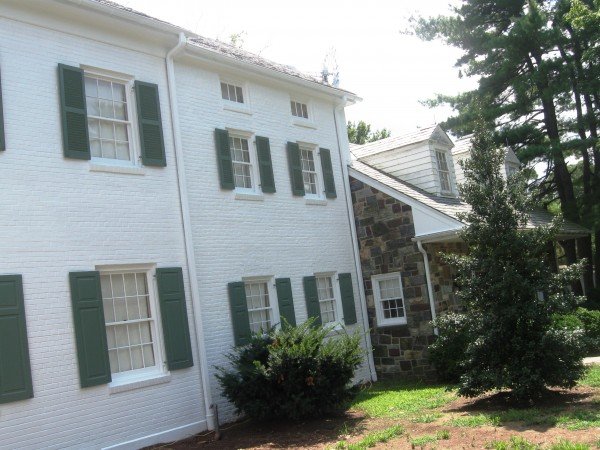 The west-facing exterior of the home is currently undergoing renovation. Much of the original Civil War-era house had deteriorated by the time Ike and Mamie bought the place in the early 1950s for $44,000. It took several years (and more than $200,000) to rebuild the home and move in. 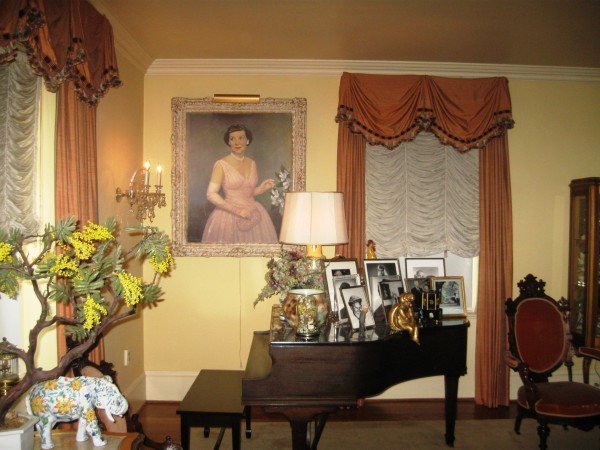 After signing the guest book in the entry vestibule, visitors would be escorted into the formal living room. 99% of the furnishings in the house are original to the days when Mamie Eisenhower (in the portrait) lived here. 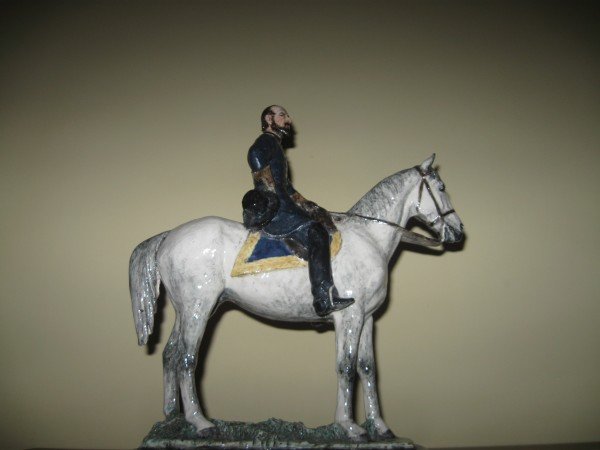 Ike first came to Gettysburg in the early 1910s on a staff ride when he was a cadet at West Point. He came back during WWI as commander of Camp Colt, an army training facility on the grounds of Pickett’s Charge. Ike admired the battlefield, and an artist created matching statuettes of Generals Meade (US) and Lee (CSA) as a gift to the president. She then broke the molds, making Ike’s pair the only ceramics cast of these sculptures. 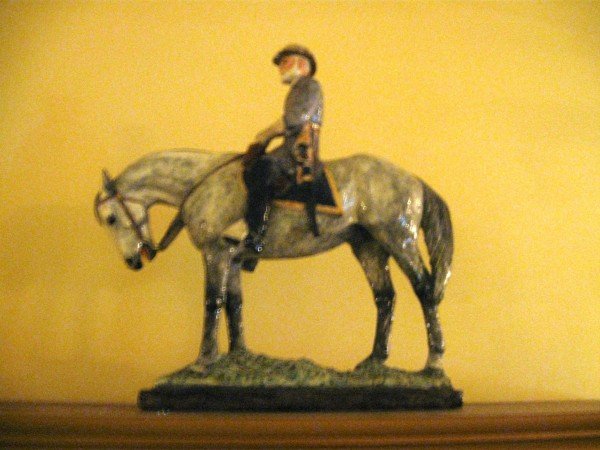 The corresponding figurine of Robert E. Lee, commander of the Army of Northern Virginia. The Battle of Gettysburg was fought scarcely 50 years before Ike arrived for his USMA tour. 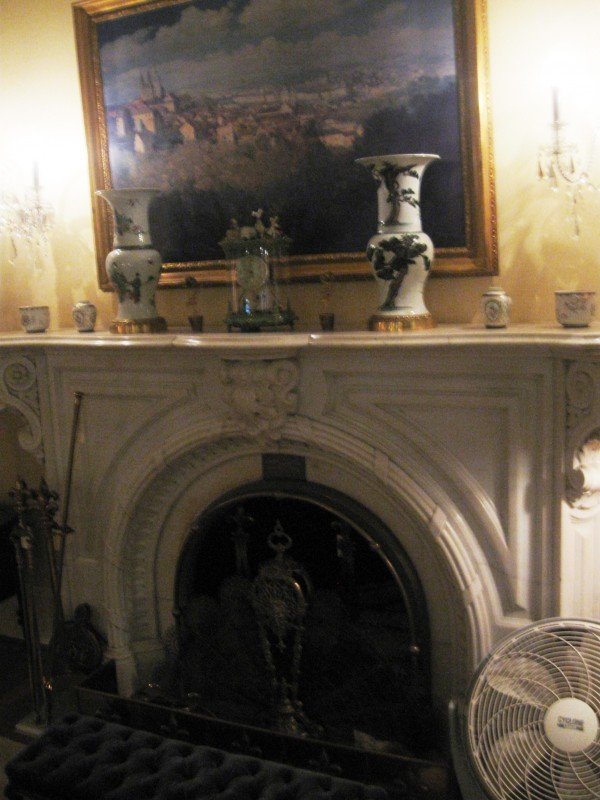 This fireplace / mantle once graced the White House, and an old photo of President Abraham Lincoln shows a very similar one, if not this very piece. During White House renovations in the 1870s, President Grant had this fireplace removed. Admirers of Ike many years later purchased it and sent it to him as a gift. 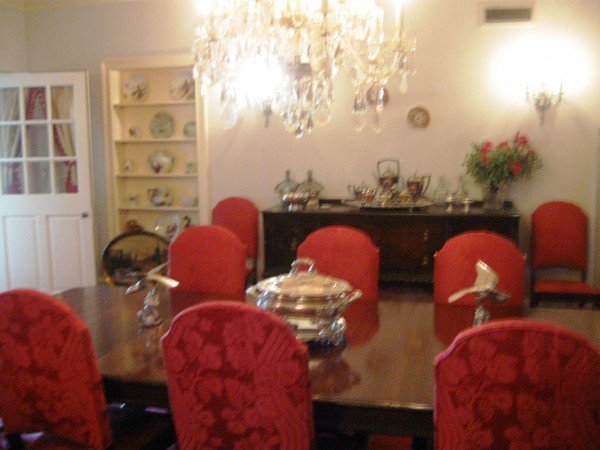 Ike and Mamie frequently entertained at this table in their formal dining room. Visitors included Winston Churchill, among others. 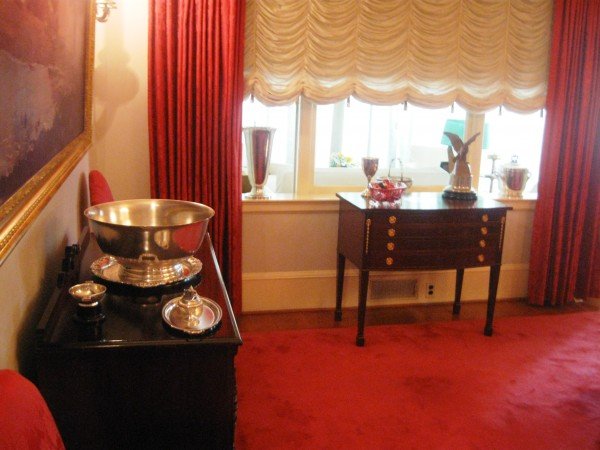 Another section of the formal dining room.