On the afternoon of June 29, 1863, a Confederate courier and his escort trotted down the road from Carlisle (parts of which are today’s State Route 74) into downtown York, where he sought out Maj. Gen. Jubal Early. He delivered news that the Army of Northern Virginia was to concentrate to the west, near Cashtown. Early was to move toward Heidlersburg and reconnect with the Second Army Corps commander, Lt. Gen. Richard S. Ewell. At daybreak on Tuesday, June 30, Early’s men broke their various campsites in and around York and convened near Weigelstown on the Carlisle Pike. From there, they would march to their evening campsite about three miles east of Heidlersburg.

Early’s column was screened in front and to the right flank by the 17th Virginia Cavalry, which patrolled the area looking for Yankees (and procuring horses). These movements can be traced using period maps and the damage claims in the state archives. To the south, the 35th Battalion, Virginia Cavalry, (later known as White’s Comanches) took the turnpike from York to Abbottstown (U.S. 30) before turning north on today’s 194 and arriving at East Berlin after some light skirmishing with Union troopers.

Early and his men turned off the Carlisle Road at Weigelstown onto Davidsburg Road, retracing their steps of June 28.

A commemorative marker (see photo) in front of the new Walgreen’s recalls this event. They marched toward Davidsburg, where they halted for lunch. The main column turned down Canal Road and marched southwesterly until the men reached East Berlin Road, where they headed westward to that town.

A Confederate column of unknown composition left York via the East Berlin Road. We know that William Tanner’s artillery battalion unlimbered on a farm not far from this road in Paradise Township, and there are scattered reports and damage claims from cavalry patrols operating in this region. One can surmise that John Gordon’s infantry brigade was with the guns (Tanner had accompanied Gordon’s column since leaving Gettysburg on June 27). Also, Gordon is conspicuous by his absence from a lunch meeting Early holds in a Davidsburg tavern. He had Company C of the 17th Virginia (Waldo’s company) with him, so it is safe to assume the cavalry patrols mentioned in some primary accounts were Waldo’s (west) Virginians.

At some point, Gordon’s command reconnected with Early’s main column, perhaps at East Berlin where Early paused for an extended time while his men rested. There, patrols picked up a few Union prisoners (Early’s stragglers later that day would in turn be captured by roving Yankee patrols). 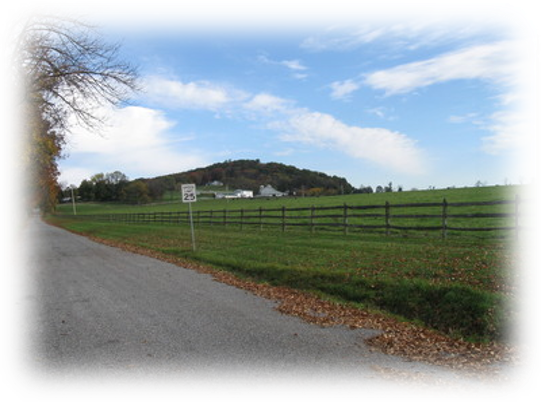 The reunited division marched along today’s East Berlin Road to their campsite near Round Hill / Plum Run.