Dr. Mark Snell to Speak at York CWRT on November 14 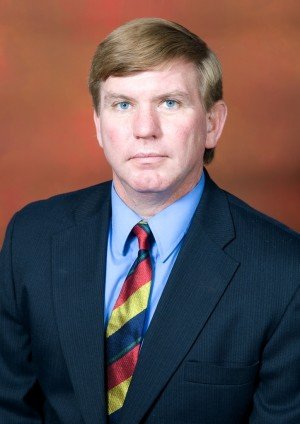 The York Civil War Round Table will feature Civil War and military history author Dr. Mark A. Snell at its monthly meeting on Wednesday, November 14, 2012.  The topic of the evening will be ” Major General William B. Franklin and the Battle of Fredericksburg.” Dr. Snell is the author of “From First to Last: The Life of Major General William B. Franklin.” It is the first published biography of one of the Union’s most unfairly and controversial generals in the Civil War.
The meeting will be held at 7:00 p.m. on Wednesday evening at the York County Heritage Trust at 250 E. Market Street in downtown York, Pennsylvania. There is no charge for admission and the public is welcome! Parking is also free!
William Buel Franklin was born in York, Pennsylvania in 1823. He graduated at the top of his class at West Point in 1843, he was a classmate of Ulysses S. Grant. He became a career United States Army officer and a Union Army general in the American Civil War, being promoted to the rank of Major General on July 4, 1862. At the Battle of Fredericksburg, Franklin as Union Corps Commander of the VI Corps, he commanded the “Left Grand Division” which were two corps under Maj. Gens. John F. Reynolds and William F. Smith. After failing in its assaults, Franklin was blamed by Army of the Potomac commander Maj. Gen. Ambrose E. Burnside for the Union failure.
William B. Franklin died in 1903 and is buried in Prospect Hill Cemetery near his birthplace in York, Pennsylvania. The York County Heritage Trust preserves many of his papers and personal effects from the Civil War.
Dr. Mark A. Snell is the Director of the George Tyler Moore Center for the Study of the Civil War at Shepherd University in West Virginia. Mark came to the Center in November 1993 soon after his retirement from the United States Army. He has a B.A. from York College of Pennsylvania, an M.A. in American history from Rutgers, and a Ph.D. from the University of Missouri-Kansas City. Mark is a former assistant professor at the United States Military Academy, West Point, NY. As a professor of history at Shepherd University, he teaches several courses on different aspects of the Civil War, the two-semester US history survey, and courses on World War I and War War II.
He has written or edited several books on the Civil War, including “From First to Last, the Life of Major General William B. Franklin”, but his most recent publication is about the US involvement in World War I and is titled “Unknown Soldiers: The American Expeditionary Forces in Memory and Remembrance. Mark also is an adjunct professor in the Masters of Military History degree program at Norwich University. In February 2009 he was given the “Honorary West Virginian Award” by Governor Joe Manchin, the highest award the governor can bestow on someone who is not a West Virginia citizen.
Mark’s great-great grandfathers served in the 87th Pennsylvania Infantry during the Civil War, his grandfather was in the US Army Air Service in World War I, and his father fought in World War II as a member of the US Army’s 215th Field Artillery Battalion in the European Theater of Operations.
Please join the roundtable for an enjoyable and informative evening!