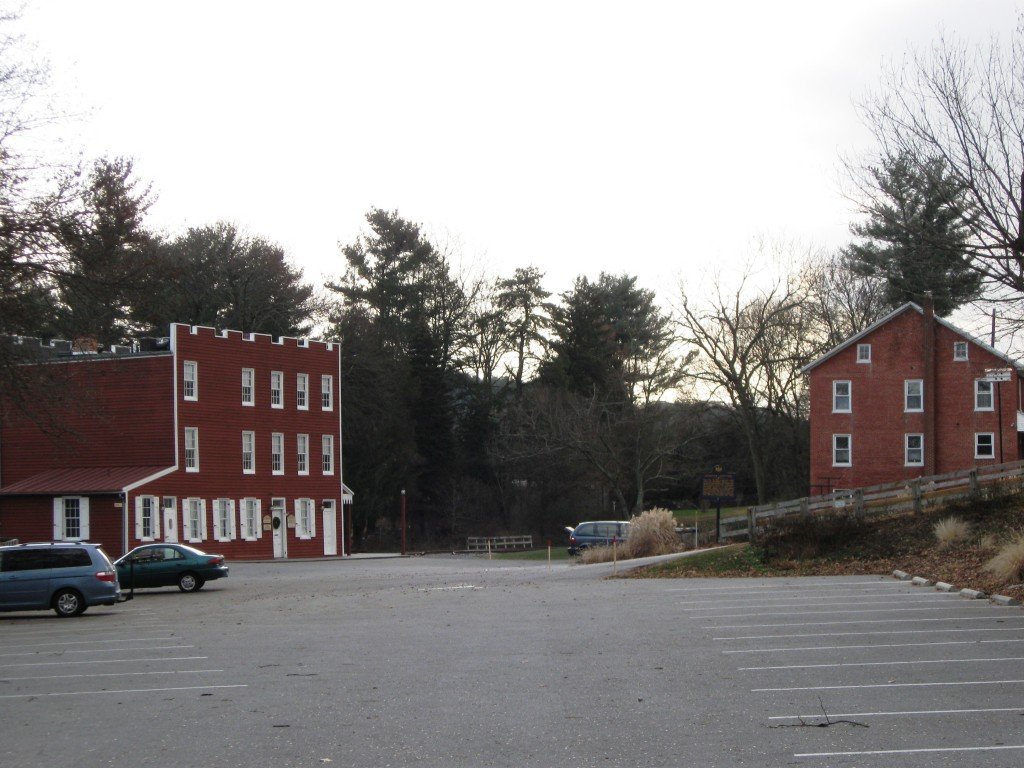 Hanover Junction, Pennsylvania, is a popular destination for hikers and bikers using the Heritage Rail Trail. The old depot (left) has been restored to its Civil War appearance and houses a small museum. To the right is the old wartime Junction Hotel, now a private residence.

The old hotel was a popular meeting place as well back in the Civil War days, serving as a hub for travelers awaiting their trains to York, Baltimore, Hanover, or Gettysburg. It may have also served as a networking place for Confederate spies operating in the region.

Here’s a rarely told story as related by a Union double agent, William V. Kremer, an intelligence officer from the Union 8th Corps operating out of Baltimore. He was then a lieutenant in the 7th Maryland Infantry, having originally enlisted as a private in the 1st Maryland.

In April 1864, Kremer stopped at a tavern in Reisterstown, Md., which was known to detectives to be a gathering spot for Confederate spies. Posing as a Confederate captain, he began piecing together the operations of Rebel operatives in the region. Lieutenant Kremer learned of an incident back in June 1863 when a Maryland Rebel spy escorted three recruits for the Confederate army up to Hanover Junction and delivered them to the Rebels then in control of the junction (Lt. Col. Elijah V. White’s 35th Battalion, Virginia Cavalry, which contained a company of Maryland men)

Here is Kremer’s report to his commander, Lt. Henry Bascomb Smith of the 5th New York Artillery, the chief of the secret service. I have bolded the parts pertaining to Hanover Junction.

I have the honor to report that I left Baltimore as per orders and proceeded to Reisterstown and stopped at a tavern and was accosted by a citizen who told me there were detectives in the house, and that he knew I was from the other side, and sent me to a woman named Mrs. Hofman, who keeps a hotel there. I went to her house and represented myself as a Rebel captain.

I had been there a short time when Mrs. Hofman took me upstairs in a bedroom that was in the back part of the house and told me if the detectives came upstairs, to get out of the back window and take a horse that she would have saddled ready for me; she said she did not care for the horse as the citizens would make it up to her.

The detectives did not come upstairs, but a man named C. L. Alder came up to the room and told me to get ready and come down stairs, that he had a buggy ready to see me safe and that he would die before I should be taken and that he had helped many of the Rebels out of just such scrapes by taking them to the Rebel lines.

We went about a mile and a half from Reistertown and stopped at the house of Dr. J. Larsh, and held a conversation with him and another man that I could not learn the name of; about the best plan for me to adopt was to keep away from the detectives; he, the Doctor, told me that he was very busy or he would take me safe through himself, but told Alder to take me to Charles T. Cockey’s, and that he would see me all right.

We then went to C. T. Cockey’s and Alder explained to him who I was and Mr. Cockey then introduced me to John C. Brown, of Busson Parish, La., and lately manager of the Rebel Secretary of War’s plantation. Mr. Cockey told me to remain there all night and he would see me safe, as he was engaged in the business ever since the war commenced, and had run off a great many men to the Rebel army; in fact he said that men from all parts of the country were sent to him to take across the lines, and that he always went into the Rebel lines with them.

Among the rest that he had taken across was Capt. Sims and Capt. Beard and Gus Williamson. He said when General McClellan was following Lee into Maryland, a man came to him from Washington and gave him the number of men that McClellan had, and the direction he was going to take, and that he went to Frederick, and gave the information to Lee; and would, he said, do so again, if it would do any good to the Southern cause.

Cockey receives papers regularly from Richmond. He also said that Capt. Harry Gilmor stops at his house whenever he comes over the lines, and that a great many men from the South come to his house, and he always helps them. I remained at his house all night, and listened to him and John C. Brown cursing the government for everything they could think of, and telling what they would do if the Rebel army would come into Maryland again. C. T. Cockey was also engaged at the time of Lee’s raid into Pennsylvania; he took men to the Rebel army and was in the Rebel lines several times, and gave them all the information that he could get hold of that would do them any good.

Mr. J. C. Brown gave me the name of his brother, Benj. F. Brown, of Frederick, Md., agent for the Baltimore and Ohio Railroad Co., and in charge of the government warehouse which he surrendered to the Rebels without endeavoring to destroy the goods, or to get them out of the way. J. C. Brown told me to go to his brother and let him know who I was and everything would be right, and that he would meet me there with a lot of recruits, and a Rebel mail to take south.

The next day, 21st April, I expressed a wish to go into Pennsylvania for a few days, and promised to meet Mr. Brown in Frederick. Mr. C. T. Cockey took me in his buggy to T. D. Cockey of “I” at Ellingown, near Texas, on the Northern Central Railroad, where I met T. D. Cockey, of “I”.  T. Deye Cockey and Philip Fendel, who are violent Rebels, say they have been running men off ever since the war commenced. And T. Deye Cockey says that he has been in the Rebel lines several times, and at one time took three recruits from Harford County to Hanover Junction, when the Rebels were there, and gave them all the information he could.

Richard Worthington, a very wealthy man, whom I met, offered me a horse, and any assistance in his power, to enable me to escape, and stated that he had rented his farm out, and was endeavoring to get his property fixed in such a way that the damned negro government could not confiscate it. He was going to leave the d—-d Yankees and go to Canada, and from there to Nassau, and take a vessel and go to the Confederacy, where he would be free to do as he pleased. He said he had invested a portion of his money in Confederate bonds, and only wished he had a chance to invest more in them, as the greenbacks, or Yankee shinplasters were not worth a d–n.

These men were under the impression that I was the Rebel Capt. Harry Thompson, who, as it was published, had made his escape from a Federal prison. I told them I had escaped from the Old Capitol.

Lieutenant H. B. Smith added a postwar note in his fascinating book, Between the Lines: Secret Service Stories (New York: Booz Brothers, 1911), 87-91. “You will notice Mr. Kremer speaks of T. D. Cockey of “I.” That is a common way in Maryland and Virginia to designate the lineage of that T. D. Cockey, to obviate confounding him with some other T. D. Cockey. Later on, in July, when the Confederate Army swung around north and east of Baltimore [Jubal Early’s raid on Washington], the information contained in Mr. Kremer’s report became very valuable to us.”