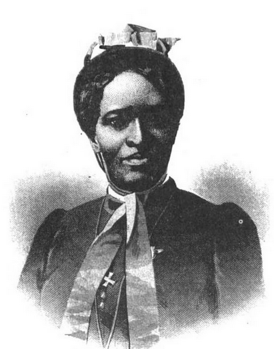 Amanda Berry was born a slave near Long Green in Baltimore County, Maryland. She and her mother Mariam and her siblings lived on the farm of their owner, Shadrach Green, while her father, Samuel Berry, lived on the adjoining farm of his master, Darby Ensor. After Ensor’s death, his widow and their son, Luke (a childhood friend and playmate of Sam’s) allowed him to purchase his freedom and, later, that of his wife and children.

In those days, free blacks could not leave Maryland for more than 10 days lest their freedom be revoked. Samuel Berry eventually moved to Shrewsbury in southern York County, where he rented land and a house from John Lowe, a prominent farmer and the owner of the local Methodist campground. Amanda was five years old when Samuel purchased her freedom and she moved to Pennsylvania. In the 1850s, Sam became a leading conductor on the Underground Railroad, helping to shepherd numerous freedom seekers from Baltimore County and points south to York, where other conductors escorted them to the Susquehanna River crossings.

Amanda, at the age of 13 in 1850, went to work for a Mrs. Mary Latimer, a Southern lady who lived nearby. Latimer was a widow from Savannah, Georgia, with five children. Amanda helped care for the kids, took care of household duties, and other chores. “It was a good place,” she later wrote, “Mrs. Latimer was very kind to me and I got on nicely.”

Amanda, a convert to Methodism, dreamed of becoming an evangelist. The Latimer boys had other dreams and aspirations that would be diametrically opposed to the free black girl’s. Here are their divergent stories.

Amanda Berry went on to marry James Smith, with whom she hoped to share the life of a minister’s wife. Smith had other plans, and he and Amanda eventually split apart and lived separately. After his death, Amanda pursued her dream of preaching and went on to become one of the first black female international evangelists. She spent considerable time in India, ministering to the poor and downtrodden and spreading the gospel. She became quite famous in the African Methodist Episcopal Church and related Methodist denominations, but never forgot her roots in southern York County, including her years with the Latimer family. 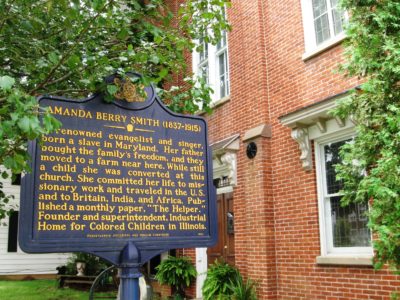 The two Latimer boys followed a much different pathway. George Schley Latimer graduated from Pennsylvania College (now Gettysburg College) in 1855 and moved to Baltimore, Maryland, and studied phrenology. When the Civil War erupted, he and his younger brother Thomas, a trained doctor, enlisted in the Confederate forces. They served as privates in Company C of the 1st Maryland in George Steuart’s brigade. The Latimer brothers were part of an army that fought for Southern independence, including the right to maintain the institution of slavery into which Amanda Berry Smith had been born.

In June 1863, they returned to York County, serving as temporary guides on loan to the Georgia brigade of Brigadier General John B. Gordon. Born in Savannah and raised in Shrewsbury, PA, the Latimers were natural choices to work with the Georgia general.

Their first cousin, Cassandra Small of York, was the daughter of P. A. Small, a prominent miller and hardware store owner. She recorded George’s passage through York as Gordon’s brigade headed for Wrightsville (ironically where Amanda’s father Samuel had moved in 1855 and continued his involvement in the Underground Railroad).

“George Latimer was with General Gordon’s Division [sic; brigade]; happily we didn’t see him, as we should not have spoken to him. Some of his Copperhead friends shook hands with him, and he begged them not to tell us, but they couldn’t keep it to themselves. We all respect him a great deal more than we do them. There will now be a dividing line drawn here. Some ladies received them with waving handkerchiefs and red streamers, and some stopped them and got their buttons—they will never be recognized again.”

Amanda Berry, born a slave in Maryland, lived in the same southern York County household as the Latimer boys, born in Georgia. Their paths in life proved to be much different. Thomas S. Latimer went on to become assistant surgeon of the 1st Maryland Infantry and was a prominent doctor in Baltimore during the same years that Amanda Berry Smith was ministering to the poor in India.  George S. Latimer returned to Shrewsbury after the Civil War. He died in January 1905 and is buried in Christ Evangelical Lutheran Church Cemetery. He is buried next to Thomas, who died on May 16, 1906. The brothers, joined in life as fellow Confederate soldiers, lie for eternity next to each other in the soil of one of the first states to abolish slavery.