Did a decision at Davidsburg influence the Gettysburg Campaign?

On June 30, 1863, twin columns of powerful Confederate troops marched through York County, Pennsylvania, during the Gettysburg Campaign. Major General Jubal A. Early’s 5,500-man division of infantry and artillery, supported by two cavalry commands, departed York very early in the morning and marched west on parallel roads toward Abbottstown and Heidlersburg, in the general direction of Gettysburg. Their orders were to rendezvous with Lt. Gen. Richard S. Ewell’s column farther west at Heidlersburg.

Well to the south, unknown to Early, another Rebel force entered York County — Maj. Gen. J.E.B. Stuart and three brigades of cavalry. Unlike Early, whose march was unimpeded, Stuart would find elements of the Union Army of the Potomac blocking his path. Those Yankees, the division of Brig. Gen. H. Judson Kilpatrick, lay between Early’s westward route of march and Stuart’s northward movement.

As Kilpatrick fought Stuart at the Battle of Hanover, the sound of the conflict reverberated through much of York County. Jubal Early, who had paused at the village of Davidsburg for lunch, heard the booming of artillery, according to a 19th-century local historian. Curiously, he decided not to march to the sounds of the guns, leaving Stuart to fend for himself.  Neither general had sent out scouting patrols to search for one another, and they did not know each others’ position. 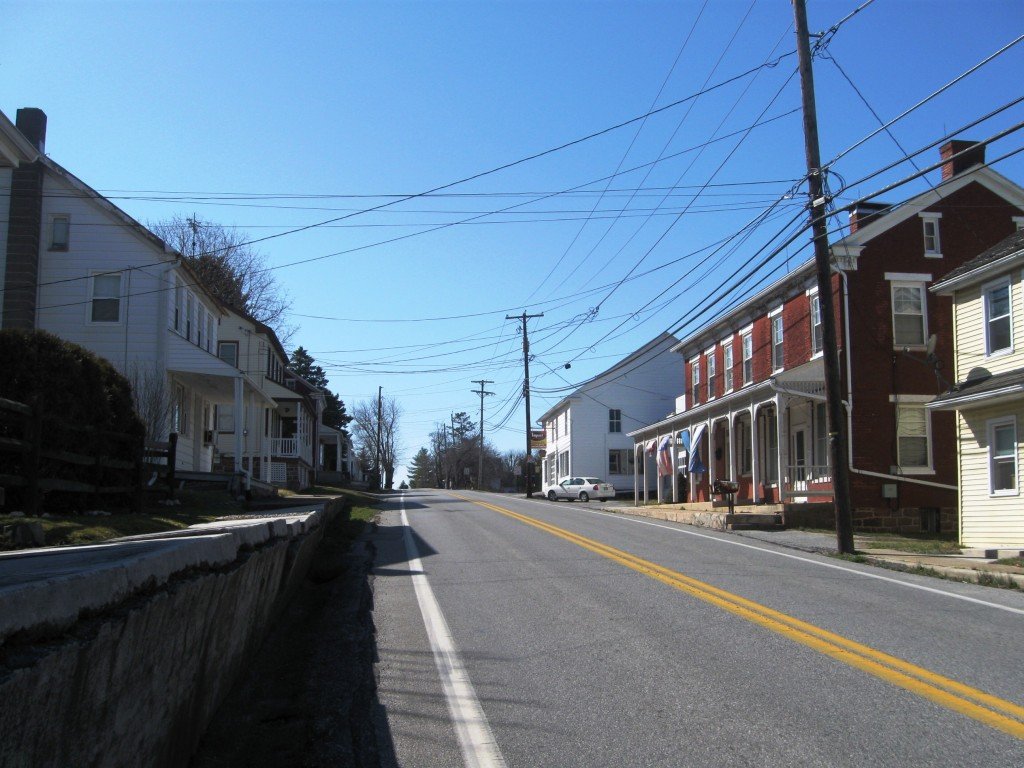 Davidsburg, Pennsylvania, has not changed much in size since 1863. Several of the buildings seen in this March 2012 photograph were present when Jubal Early, his staff, and three of his four brigade commanders paused for lunch at William Julius’s tavern.

Here is the story of that fateful lunch, which may have influenced the outcome of the Gettysburg Campaign. Had Early marched to find the source of the cannonade, he may have pinched off Kilpatrick’s column and/or located Stuart. As it was, Early continued westward and Stuart, after withdrawing from Hanover, headed toward Dover, Dillsburg, and then Carlisle. He would miss the first day and a half of fighting at Gettysburg as a result. 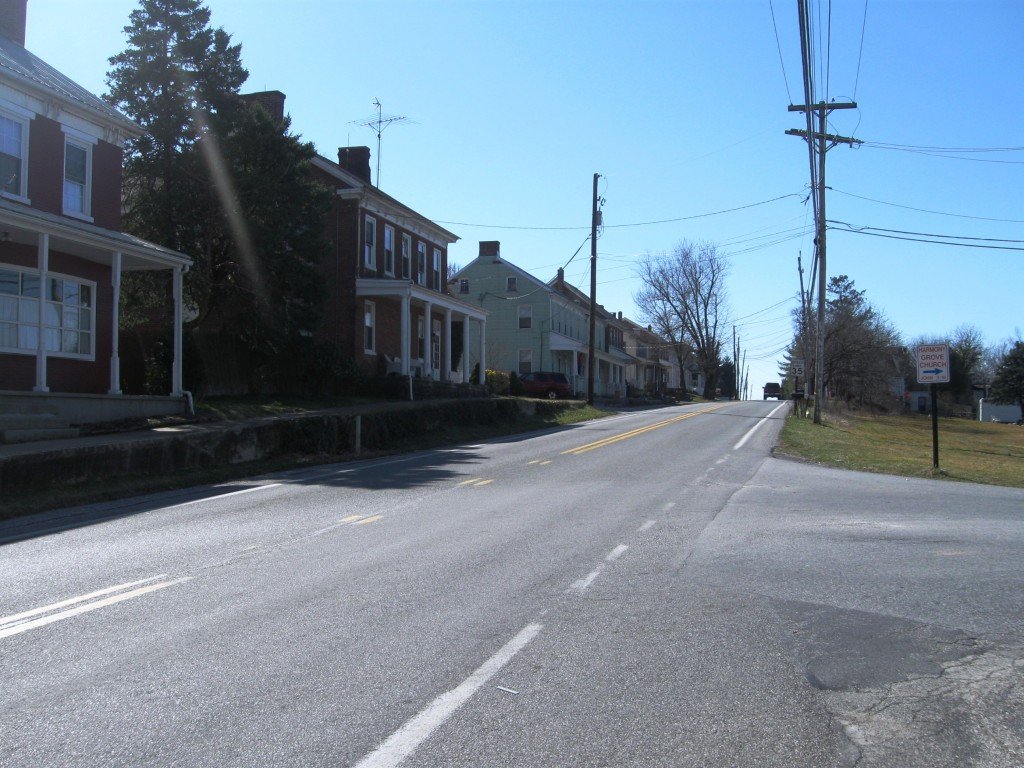 From George Prowell’s History of York County, “Early crossed from Weiglestown to the Harrisburg turnpike, and entered York from the north. He remained at York until the early morning of June 30.  Having been ordered to fall back to Gettysburg, he returned westward, nearly over the same route he had gone to York. When he arrived at Davidsburg on the late morning of June 30, he ordered dinner for himself, his staff and two of his brigadier generals, [William “Extra Billy”] Smith and [Harry T. Hays] Hayes, in all twenty men. At this time, Early did not knew but that he might meet an opposing force of Federal troops in the Paradise valley that afternoon.

“While the dinner was being prepared by the family of William Julius, proprietor of the hotel, Early and his brigadier generals held a conference in a small room where they spoke in low tones, discussing the situation. The staff officers sat in a front room, some of them reading pocket Bibles which they carried, for they all knew a desperate battle was soon to take place. These twenty men sat around a long table for half an hour eating their midday meal, which they all seemed to relish. There was very little conversation at the table for a serious air seemed to pervade the entire room, all the time they remained.

“As General Early and one of his officers passed out the front doorway of the hotel, they heard the booming of cannon toward the southwest.

“I suppose a battle has begun,” said General Hayes to his chief, as Early mounted his horse, which was then being held by the proprietor of the hotel. Before leaving the hotel. General Early handed the proprietor four five dollar Confederate notes, in payment for the twenty dinners, that he had engaged to be prepared. One of these bills has been preserved and presented to the Historical Society of York County by George A. Gross, of Admire, Dover Township, in 1904.

The booming of the cannon which the officers heard as they rode away from the hotel, came from Hanover, where an engagement was then taking place between the cavalry and artillery forces of Kilpatrick and Stuart. This prevented a collision between Early and Kilpatrick in the Paradise Valley, while the Confederates were on their march toward Gettysburg.” 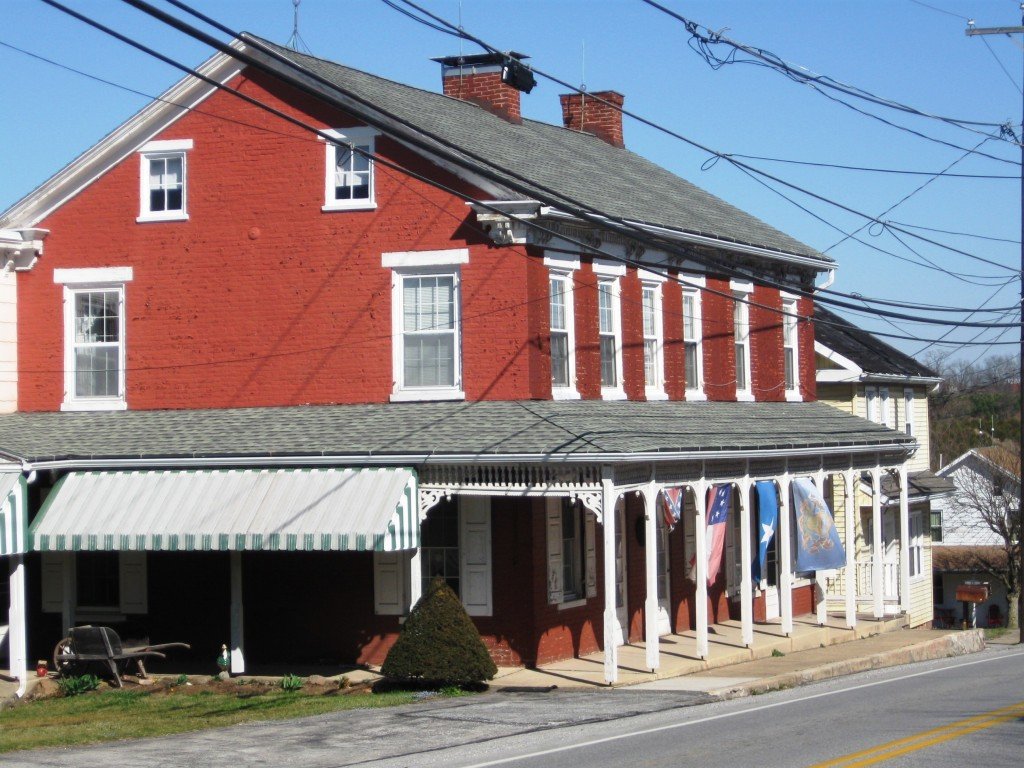 Another view of one of the old houses in Davidsburg.

William and Louise (Goss) Julius, the proprietors of the tavern and hotel, attended Salem Union Church on Canal Road in Dover Township. In November 1862, church records indicate that they had christened a child, born on September 25, while news from the Battle of Antietam was still fresh. The couple would raise four children — Malinda, Annie, Samuel, and Susan.