Cooper Wingert’s new book on Harrisburg and the Civil War 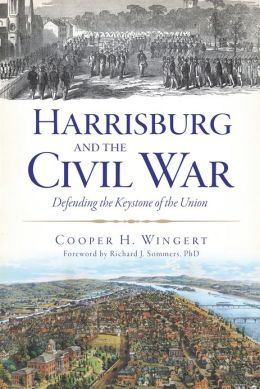 Enola, Pennsylvania,-based author Cooper H. Wingert has established himself not only as one of the finest up and coming young authors in the field of Civil War history, but as a leading expert on the Civil War events in central Pennsylvania. His recent book The Confederate Approach to Harrisburg quickly sold out and had since been reprinted, and his research into that book proved fertile enough to generate enough material for another volume of stories and incidents from the Keystone capital region.

Cooper’s latest effort, entitled Harrisburg and the Civil War: Defending the Keystone of the Union, is a compilation of short essays he wrote on the home front, politics, military training camps, and the people of Harrisburg and the nearby Susquehanna Valley region during the tumultuous period of the American Civil War (1861-1865). This is a fascinating, easy to read study which in the words in the foreword by the distinguished Dr. Richard J. Sommers of the U. S. War College in Carlisle, “It makes an important contribution to understanding civilians at war. It belongs in every Civil War library.” 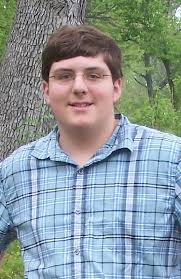 Cooper Wingert has an impressive resume of past books, which have from the beginning demonstrated his uncanny research skills and his ability to ferret out previously unknown or rarely used primary source material and to mine it for the most pertinent or relevant information. These are laudable skills which take many trained historians years to fully develop and exploit, and he has continually improved his sense of what to use where, and what to leave out. His narrative writing style flows well and connects the dots to portray a useful survey of the people and soldiers in the capital of the North’s second most populous state.

The chapters are arranged chronologically in the general order in which the main actions occur, but as with any compilation of essays, there are some minor shifts in timeline from chapter to chapter to help tell the stories properly in their full contexts.

Chapter 1 covers Harrisburg’s initial responses to the onset of a war which, while expected for many years with the bitter controversy between North and South, nevertheless came as a shock to most residents. When the shooting actually began after years of concern, many young men in the capital flocked to arms while older residents and the women helped prepare bandages, supply packages, and other forms of material aid to the soldiers heading off to an uncertain future. Here we see a people caught up in the excitement of the moment, long before the grim reality of a lengthy and deadly conflict set in.

The next three essays are interrelated, covering the formation of a major military training base Camp Curtin near Harrisburg and the subsequent interactions between the soldiers and the townspeople. These emotions ranged from admiration and support by the residents to outright hostility and resentment, particularly during the Gettysburg Campaign when visiting New York militia felt the locals were gouging them with high prices for common courtesies such as a loaf of bread, and in turn several residents resented the intrusion of soldiers from outside the state into their daily affairs.

Cooper next explores the politics of Harrisburg, deeming it as a “Copperhead capital” for the pro-Southern leanings of some civic leaders, as well as the 1863 convention held in Harrisburg by Peace Democrats who nominated an anti-war judge named George Woodward to try to take down the pro-Lincoln Republican governor, Andrew Gregg Curtin (for whom Camp Curtin was named).

The Gettysburg Campaign provided a very real threat to the welfare of the capital city and its residents when a powerful column of Confederate soldiers approached from the southwest. More than 2/3 of the entire Second Corps of the Army of Northern Virginia marched through Carlisle toward Harrisburg, and only Robert E. Lee’s orders to recall the troops to meet the oncoming Union army in southern Pennsylvania prevented what some believe may have been a pitched battle on the western shore between the Pennsylvania and New York militiamen and the veterans of Lee’s famed army. The author looks at the civilian reaction to the invasion, the newspaper coverage of the day, and the broad overview of troops movements and the construction of earthworks and forts to protect Harrisburg.

The book aptly concludes with a survey of Harrisburg after the Civil War with a focus on the period of growth during the Reconstruction years, as well as how the city recovered from the war effort and its veterans worked to preserve the memories of their service to their country and state.

Cooper Wingert’s book Harrisburg and the Civil War is a must read for anyone with an interest in Pennsylvania history, but it will also appeal to the buff of the Gettysburg Campaign as well as to those who enjoy reading how the civilians reacted to a distant war becoming very personal as combatants move into their region. It’s a story well told.

The annotated, indexed book is from The History Press, 2013, ISBN 978-1-62619-041-2, and contains 157 pages with dozens of photographs and a few pertinent maps. It is available on-line from leading retailers as well as from the publisher, or at leading bookstores in the region including Civil War and More in nearby Mechanicsburg and at the National Civil War Museum in Harrisburg.