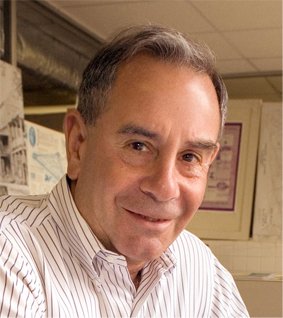 The new season of the Harrisburg Civil War Round Table will kick-off Friday, September 21st, in the Keystone D&E Room of the Radisson Convention Center. Dr. Herbert M. Schiller, M.D. of Winston-Salem, NC, will speak to us on “General Gabriel J. Rains and Confederate Torpedoes,” the topic of his recently published book, Confederate Torpedoes. His book is the culmination of several years of research and multiple trips to the Museum of the Confederacy (Richmond), the US Military Academy (West Point), and private artifact collections.

Brig. Gen. Gabriel Rains, developed the concepts, produced detailed design drawings and created fuses for both land and naval mines. Rains’ detractors (both North and South) decried his adaptation of conventional explosives into the equivalent of modern-day improvised explosive devices (IED’s), which are widely used in the current Middle East Theatre. Rains, moreover, considered them as primarily defensive devices. Union Admiral David Farragut was not a fan of the new type of naval warfare when he sailed into Mobile Harbor in 1864, as he famously said, “Damn the torpedoes, full speed ahead!” Although mines had been experimented with since the 1700’s, they were first used effectively by Confederate forces increasingly during the last three years of the war.

Dr. Schiller has been a member of the North Carolina CWRT since 1977. He attended Wake Forest University (B.S.) and the Bowman Gray School of Medicine (M.D.), and practiced surgical pathology for 35 years. In the mid-1980’s, while writing his first book, he returned to Wake Forest University and over a five-year period earned his M.A. degree in history. Dr. Schiller has had four books published and several articles written on topics of the American Civil War, and authored the booklet currently used by the National Park Service at Fort Pulaski, Georgia, detailing the 1862 siege and surrender of the Confederate fort. A former lieutenant commander in the USNR, Dr. Schiller, together with Annette, his wife, has one daughter and two sons.

The Harrisburg Civil War Round Table meets at the Radisson Penn Harris Hotel & Convention Center, Camp Hill, PA, Camp Hill Bypass @ Routes 11&15. An informal reception starts at 6:00 PM, followed by dinner at 6:45. The cost of dinner is $22.00 and reservations must be made by no later than 9 PM Tuesday, September 18th, by calling 561-0613 or email nld500@aol.com. The program begins at 8:00 PM and is free to the public.