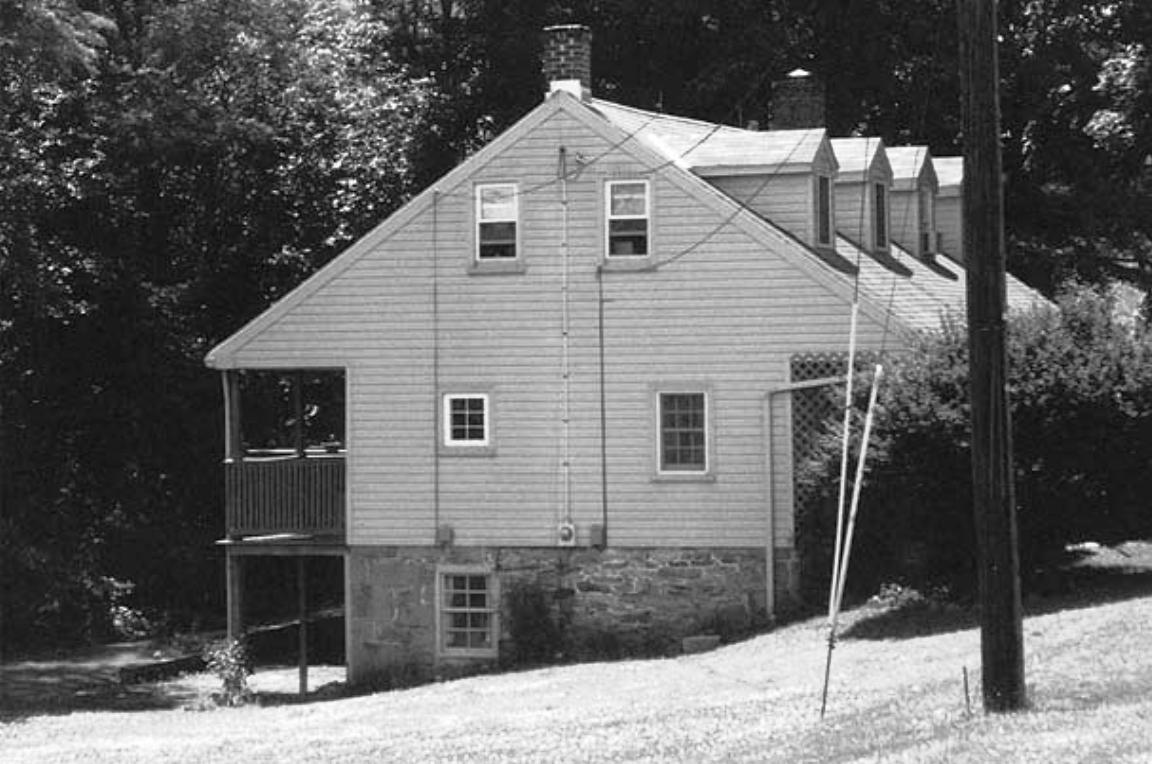 A modern view of the heavily modified house near Farmers, Pennsylvania, that in 1863 was the site of the headquarters of a soon-to-be-prominent Confederate general during the Gettysburg Campaign.

By late May of 1863, Farmers area resident Jacob S. Altland and his wife Lucy may have been following the war news, discussing the latest events following the Battle of Chancellorsville and wondering what the next great conflict might be. Or, like many others, they could have been ignoring the distant war, figuring that it was down south and of no immediate consequence to them. The focus would be on the upcoming summer harvest. Their tidy farmhouse was tucked into a hillside just off the bustling Gettysburg Pike, away from the winter winds and situated over a fresh spring, which bubbled up in the cool cellar. 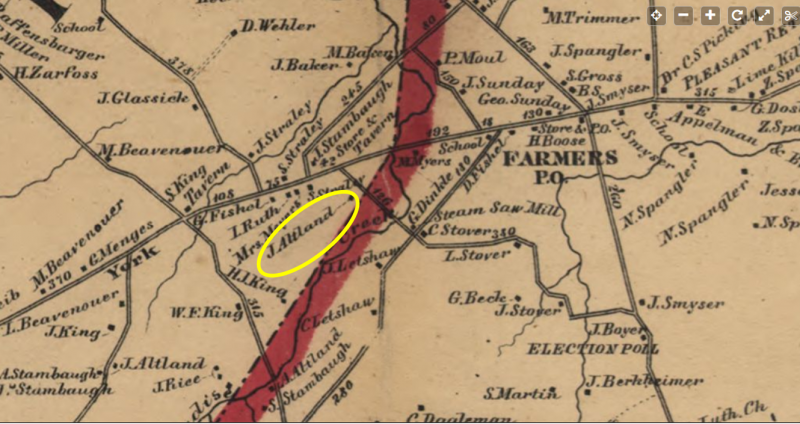 What has not often been discussed in much depth is the impact the Confederates had on Altland’s neighbors. Colonel Clement A. Evans was later to be a noted historian, prolific writer, and famous Atlanta evangelical preacher whose 1,000+ member church became a center point of the fledgling “Holiness Movement” in the South. In a diary entry written that night in Farmers, he termed it a nondescript little town of two stores and little else. It is the only known diary entry written by any of the 1,500 Rebels that evening, although many more must have jotted down their thoughts. Bands played patriotic songs, fresh beef was roasted on open campfires, and soldiers conversed about the upcoming presumed attack on York, their next day’s objective. Little did any know that Gordon would negotiate a peaceful entry into York with the town’s appointed delegation, who had ridden out to Farmers to surrender their borough.

Camped within the immediate area of Farmers were six regiments of veteran Georgia infantry, a company of Rebel cavalry (Company C of the 17th Virginia Cavalry from what is now West Virginia), and a full four-gun battery of artillery from the Richmond, Virginia, area, (including four cannons and limbers, four caissons and limbers, a forge wagon, farrier wagon). Also, Brig. Gen. John B. Gordon, a prewar attorney who would later become the Governor of Georgia and a U.S. Senator, carried with him several ambulances, six heavily laden supply wagons (one for each regiment), and a train of empty wagons to haul back any supplies and food/forage that would be obtained from the expedition to Wrightsville and the military objective, the Columbia-Wrightsville Bridge.

Gordon’s various regiments likely occupied at least three farms in the area, plus Altland’s. I have read through the damage claims from Altland’s neighbors, who housed parts of the massive entourage, and they are illustrative of the types of war materiel being requisitioned by the Rebels (and typically paid for in CSA scrip).

For example, Rebels raided the nearby farm of Jacob Baker, taking $150 in groceries, a “big horse” worth $150, $100 worth of hats and caps, assorted calicoes, woolens, delicacies, and all of his dishes. Troops pulled down Baker’s wooden fencing, which soon became firewood. At one point many years later, Gordon wrote and spoke of a particular farm where his men pulled a fast one on him, repeatedly taking only the “top” rail from a line of fences in “obedience” to his strict orders until nothing was left of the fence. Perhaps Mr. Baker was such a victim — one will never know.

Other Confederates roamed far and wide in the Jackson / Paradise Township region, and at least a dozen farmers later claimed they lost horses, mules, or personal property to the invaders. Few, if any, of their claims were ever paid. Curiously, the one farm that lacks a written record of damages caused by the Rebel encampment is that of Jacob Altland. Either his descendants failed to file a claim, or it has somehow been lost (or it’s under another name and I have yet to locate it).

The historic Altland farmhouse is on a hillside just off Locust Lane in Farmers, tucked away out of view of busy U.S. Route 30. The farm and surrounding land is PRIVATE PROPERTY, so please do not disturb the residents and, above all else, trespassing to go relic hunting is illegal and will land you a hefty fine and a criminal record. Relic hunting on private property is LEGAL if you have the express permission of the landowner.

However, it’s very unlikely anything of value is left rusting in the dirt, as the area was heavily plowed and farmed for generations. Also, these Georgians were not exactly the best-equipped troops in the Army of Northern Virginia according to many eyewitness accounts I have read.
Jacob S. Altland was born January 16, 1812, a son of Jacob O. and Mary (Stambaugh) Altland of Paradise Township. He married a local girl, Lucy Hengst in 1851. By the time of General Gordon’s visit, they had 4 children, a fifth Edgar had died In November 1862 after living only 8 days. They would have three more children.

In my next entry on Cannonball, we will briefly discuss another farmer in the general area (whose home still stands) that was paid a surprise visit by the Confederates – the Rev. Samuel L. Roth.

Confederates camped around York before the battle of Gettysburg

Yankees and Rebels both camped on Wrightsville farm