The 54th Massachusetts Infantry became familiar to the modern Civil War buff through the Hollywood film, Glory, which garnered an Oscar for star Denzel Washington and featured several other notable performances, including that of Morgan Freeman. The highlight of the movie is the assault on Battery Wagner in South Carolina. What is not depicted in the movie is that the regiment was not strictly raised in the Bay State. A quick look at the regiment roster indicates that scores of men came from New York, Pennsylvania, Ohio, and other Northern states.

Recruiting efforts in the Keystone State by Frederick Douglass and other activists succeeded, and seventeen men from Columbia and Wrightsville, sister towns across the Susquehanna River from one another in south-central Pennsylvania, volunteered for the new regiment of black soldiers serving under white officers. Several of those Columbia men returned home after the Civil War, lived out their lives, and are buried in a small largely forgotten cemetery in Columbia, tucked along 5th Street immediately north of the U.S Route 30 overpass. 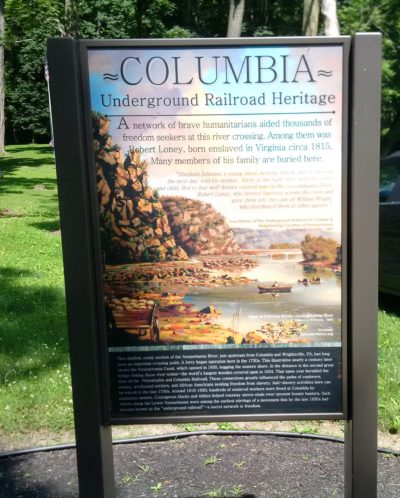 Here are few photos I took a couple of weeks ago when in Columbia delivering copies of my recent book, Flames Beyond Gettysburg, to local organizations. During the Gettysburg Campaign, a company of black civilians volunteered to help defend the strategic bridge between Columbia and Wrightsville against Confederate invaders from the Robert E. Lee’s Army of Northern Virginia; some of them are relatives of the men of the 54th Massachusetts and the 55th. Some of the black volunteer company are buried in this cemetery in unmarked graves. 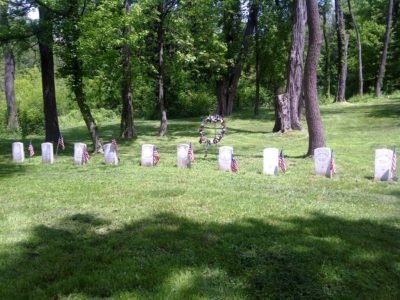 The cenotaphs for the identified men buried in this cemetery who served in the 54th or 55th Massachusetts or the U. S. Colored Troops. 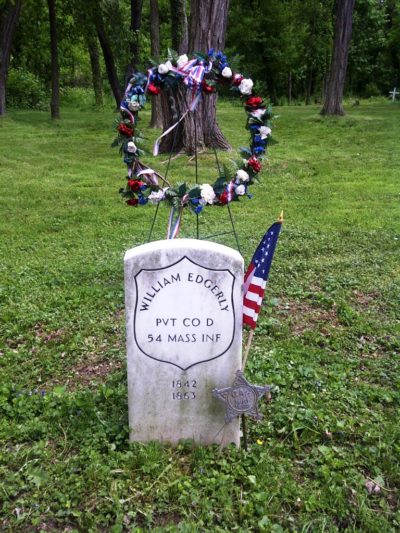 The old cemetery was not maintained well during the 20th century and most headstones and markers are long gone. Many of the soldiers’ markers were erected in recent years. The cemetery does not have any historical plaques or markers specifically recalling the 54th, 55th, or various USCT units, a neglect that hopefully someday will be corrected. 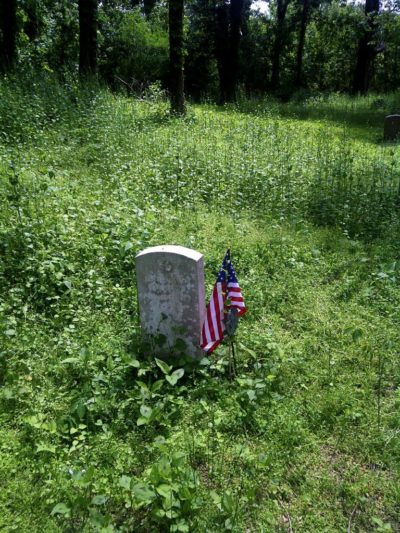 Columbia was a bustling community during the war years, with its location along the river and access to nearby canals, railroads, and a paved major highway helping spur commerce. Many of the blacks buried in this cemetery worked in the local iron foundries and a large rolling mill across the river (Maultsby-Case Rolling Mill). Some were railroad men; others were warehousemen, lumbermen, turnpike workers, or canal employees. 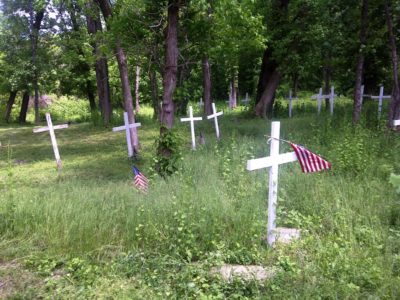 One man from the volunteer, non-uniformed home guard company that fought against Jubal Early’s Confederates in the Gettysburg Campaign died in the defenses of Wrightsville, across the river from Columbia. Reportedly, a shell fragment struck him in his head. His name has been lost to history. He may have been buried in this cemetery. Unfortunately no records have been discovered by this blogger or by other authors as to his identity. He was likely the first black man killed in combat in the Gettysburg Campaign. 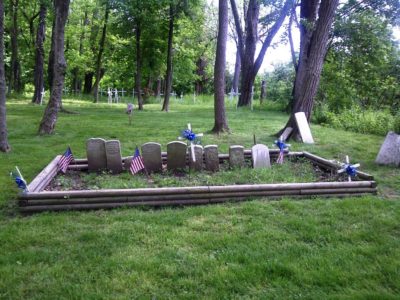 The old cemetery is easy to reach from U.S. Route for history buffs. Take the Columbia exit, turn east on Linden Street, pass by the Susquehanna Valley Visitors Center, and make a left on 5th Street. Cross under the overpass slowly; the cemetery will be on the right immediately after the overpass. 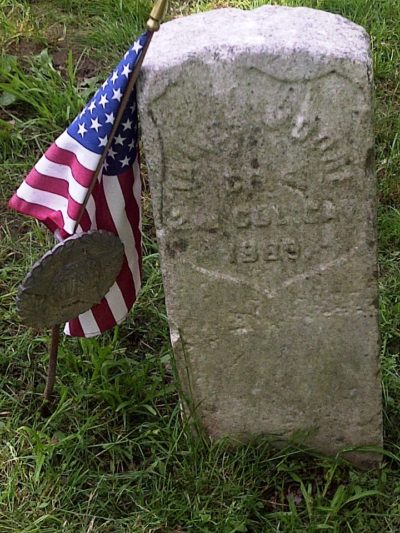 The Columbia Historic Preservation Society, just a short drive from this cemetery, houses an excellent museum of local history, including some information on the black community of the river towns. 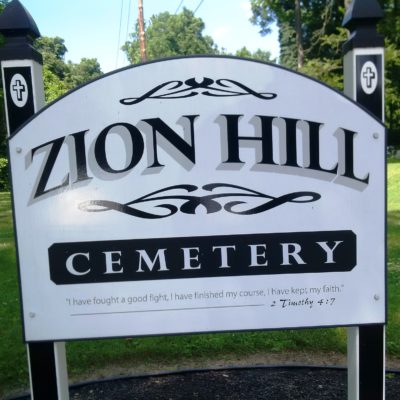 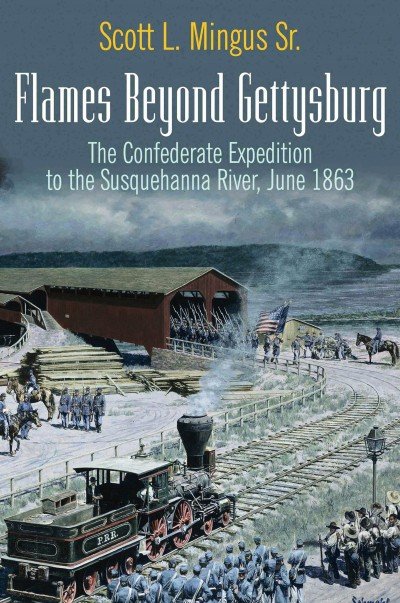