Co. C, 87th Pennsylvania remembers the 153rd anniversary of the battle of Monocacy 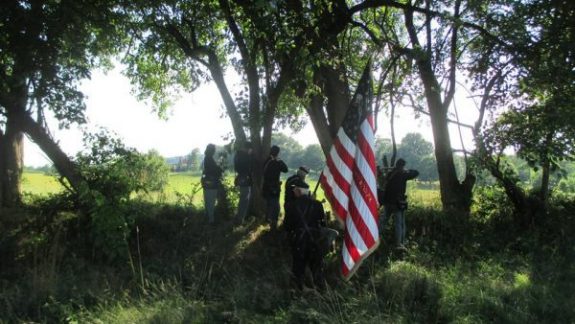 Several members of the York County-based Company C, 87th Pennsylvania reenactors journeyed south to the Frederick, Maryland, area to help the National Park Service commemorate the 153rd anniversary of the battle of Monocacy.

At that pitched fight on July 9, 1864, the men of the original 87th largely performed bravely in the face of heavy enemy fire from Jubal Early’s Confederate forces (many of them the same Rebel soldiers that had marched through the 87th home territory of Adams and York counties a year earlier in the 1863 Gettysburg Campaign). Casualties in the 87th were severe, causing much heartache and consternation back home.

Here are a few photos of the 87th living historians taken by Ann Marie Ahlers this weekend (used with permission). 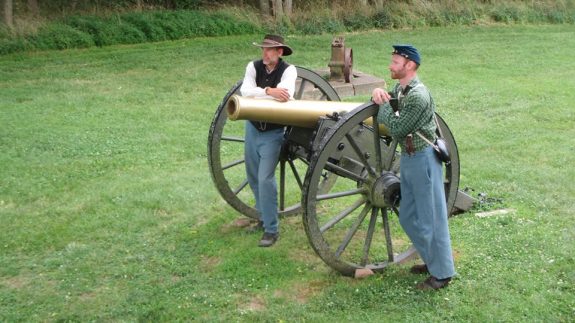 A few artillery pieces on replica carriages dot the Monocacy battlefield, which has been nicely preserved and interpreted in recent years by the National Park Service and teams of volunteers and interested history buffs. 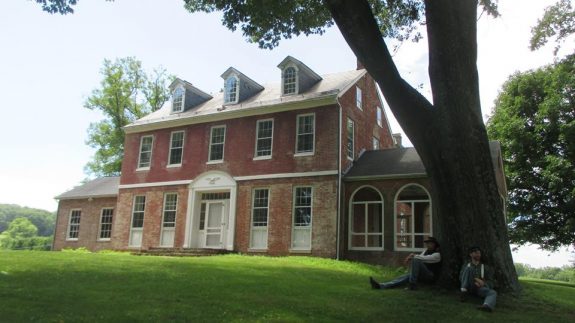 The 260-acre Christian Thomas farm, “Araby,” played an important role in the battle, seeing some of the heaviest fighting. The lovely old farmhouse is one of several restored homes on the preserved battlefield. Here, two living historians of the 87th Pennsylvania relax in the shade of an old tree. 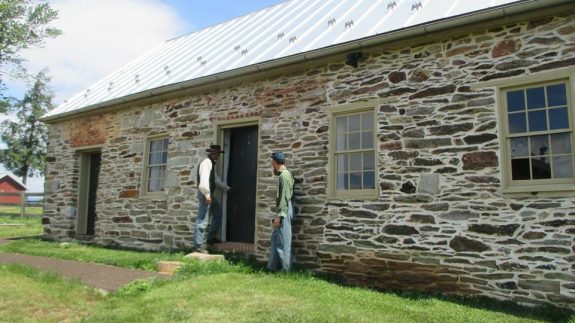 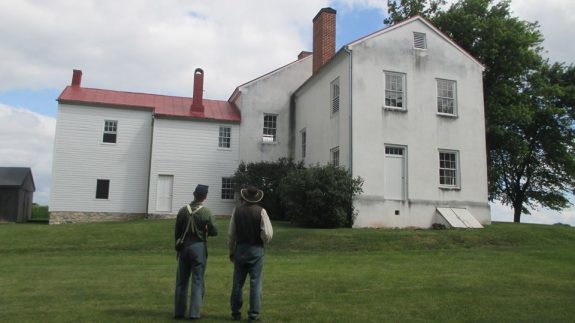 The David Best farmhouse has also been restored.  The Bests were tenant farmers who used seven enslaved persons as laborers. 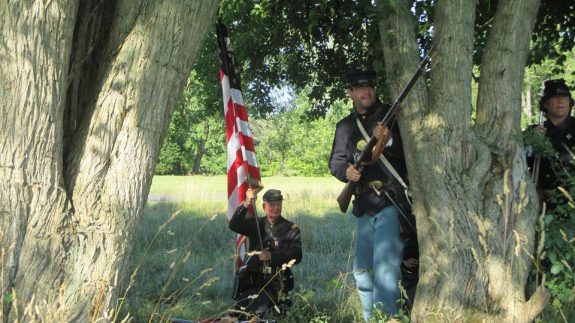 Jim Van Laeys, holding the flag, is the captain of the modern reenacting group. He would welcome new members with an interest in the hobby. 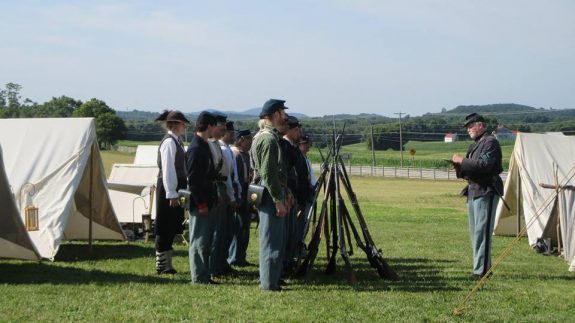 Come out and join us at these events! We look forward to seeing you on the field. 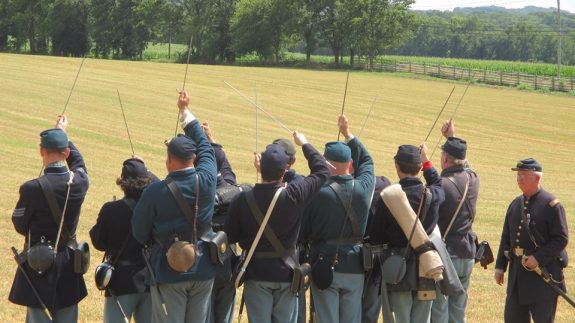