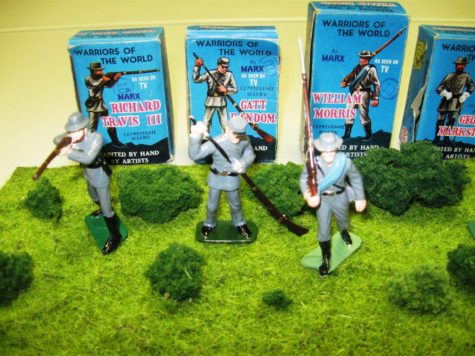 As a kid, I used to love going to the S. S. Kresge’s discount store in the city near where I grew up. The store was a treasure trove of all kinds of exciting things for a young lad, including an extensive candy counter on top of which often were boxes of baseball cards, World War II cards, Davy Crockett, etc. The food counter was a special treat; sometimes my family would eat at Kresge’s during our once-a-week trips into town.

By far my favorite memory is the toy section.

And its two chief attractions were the little Transogram statues of major league baseball players (which I still have) and the huge bins of ten-cent Marx Warriors of the World.
I recently found some of my old toy soldiers tucked into a large storage box of duplicate baseball cards.

One small box in the card container felt too light to contain sports cards, so I opened it. To my surprise and delight, here were my old Marx Warriors of the World figures! 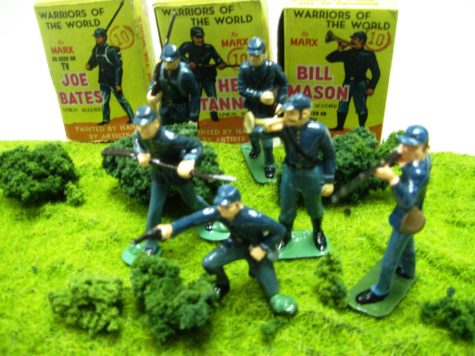 The figures came with a sports card-like small card illustrating the figure, with a brief “biography” on the back. Almost all represented fictional characters, although General James Longstreet, of course, depicted (rather poorly) an actual person. 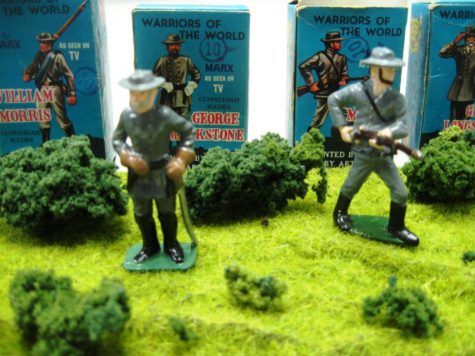 Anyone remember buying these Marx figures in your hometown five-and-dime store? 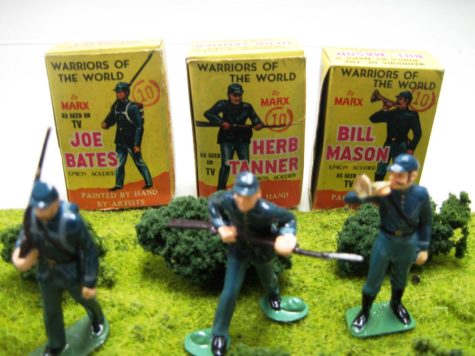 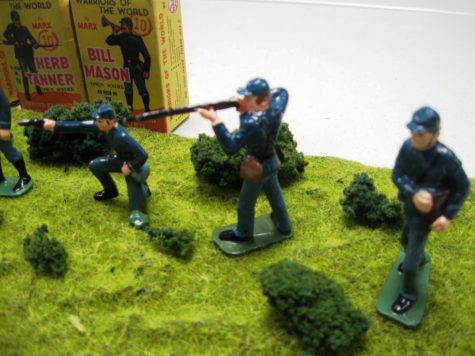