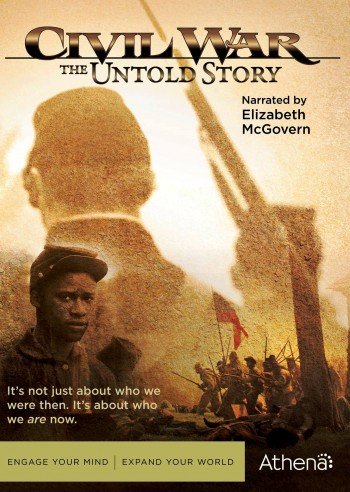 Elizabeth McGovern of the wildly popular series Downton Abbey narrates this 5-episode, 2-disk DVD of the recent American Public Television series of the Civil War: The Untold Story. Producer Chris Wheeler focuses on the conflict in the Western Theater and presents it through battle reenactments, 3-D map images, period photographs, and through the thoughts and insights of several leading Civil War scholars and authorities. The 2013 documentary from Great Divide Pictures covers most of the key campaigns and leaders, with a strong focus on slavery and emancipation.

Bonus features includes 14 minutes of archival footage from the 50th anniversary of Vicksburg. The set also includes a 12-page viewers guide with a map, timeline, profiles of several personalities in the Western Theater, and articles on the role of black men as they fight in Texas for their freedom. 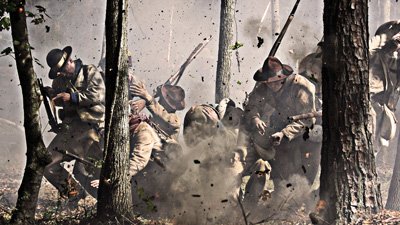 The series has been drawing rave reviews in screenings at battlefield visitors centers, museums, historical societies, and other public settings, including at Gettysburg, Vicksburg, Kennesaw Mountain and many other places. More than 100 public TV stations have aired or have scheduled the series. Click here to read the National Park Service’s comments and to see more stills from the series. Click here for a review on HistoryNet.com.

Here is some more information… 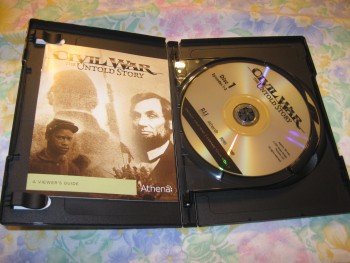 Episode 4 – “Death Knell of the Confederacy”

Episode 5 – “With Malice Toward None”

Featuring sweeping aerial and land-based cinematography and some very good battle scenes, the series proved to be popular. Interestingly, early on we see some battle scenes from the American Revolution, which frames the creation of the Union as a democracy. Slavery is introduced early on as a key point of division.

Among the “talking heads” who offer commentary are Pete Carmichael and Allen C. Geulzo from Gettysburg, a number of professors from colleges around the country, 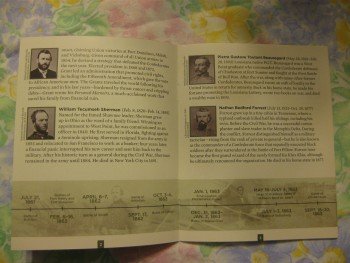 “The Lions of Gettysburg: Barksdale and the 13th Mississippi”