In mid-June 1863, the 20th Pennsylvania Volunteer Militia came to York County, Pa. to protect vital railroad bridges on the Northern Central Railway. Hastily organized in Philadelphia by Colonel William B. Thomas, the Port Collector, most of the 950+ men worked in the customs house, port facilities, docks, and similar locations. Few had any previous military experience; rare was the man who had ever fired a weapon in combat.

With only a few days of training at Camp Curtin in Harrisburg, the 20th took a train to Columbia, where they crossed the Susquehanna River on the Columbia Bridge and then steamed west to York. Colonel Thomas established his HQ in a downtown hotel, and divided up his command, sending various companies over a 20-mile stretch of the NCR to guard bridges and the Howard Tunnel. The NCR was important to the Union war effort. It connected Harrisburg to Baltimore (and by extension to Harpers Ferry and Washington D.C.). Tens of thousands of troops destined for the Army of the Potomac used this railroad to head for the nation’s capital, as did supply trains.

The inexperienced militiamen are known to have dug rifle pits at key locations overlooking the railroad and major access roads that oncoming Confederates might use. A resident of the York Haven region, John Hoff, reported that he had to fill in dozens of rifle pits dug by the Philadelphians on his property which overlooked the bridges on the Conewago Creek. Rifle pits are also reported in other Civil War damage claims from farmers who lived along the NCR where the 20th PVM established a defensive perimeter. 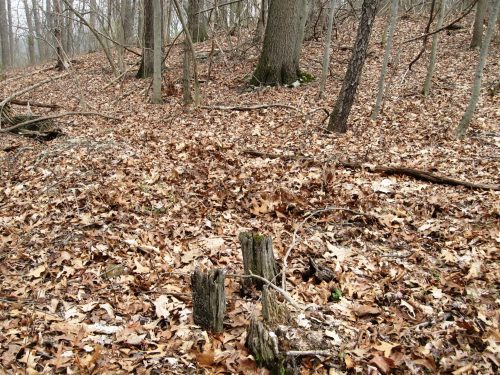 Among these once relatively deep rifle pits are these remnants on a high hilltop in the Reynolds Mill area. When this was farmland and not heavily wooded as today, this vantage point offered commanding views in multiple directions of routes the Rebels could have used to approach the railroad bridge. It was likely a strong picket post.

I tramped this location on Sunday afternoon, April 10, 2011, with a friend and some of his family members who reported that in the 1960s and 70s these rifle pits were much more evident than they are now. Erosion and accumulation of decaying leaves have made the Civil War fortifications much less distinct. 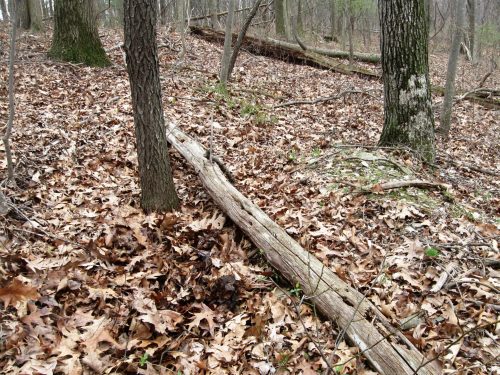 The photographs are not nearly as distinctive as the actual impressions in the terrain on what would have been an ideal military crest on this particular hilltop. Other Civil War entrenchments once were evident near Hanover Junction and in other spots, and there are what may be traces of rifle pits guarding the Howard Tunnel (where at least one full company of the 20th PVM spent three days digging in while awaiting a possible Confederate attempt to destroy or block the single-track tunnel). 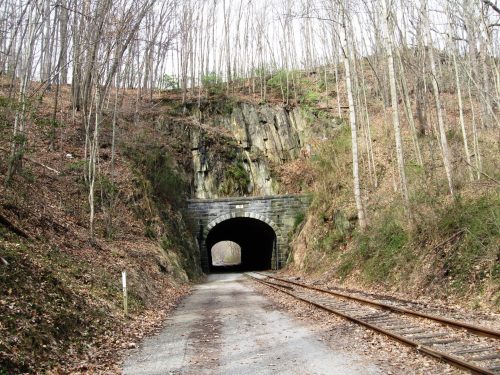 One old newspaper account written by one of the militiamen confirms that rifle pits were dug at the key locations: “The next forty-eight hours found the Twentieth scattered for twenty miles, above and below York, along this thoroughfare, busily engaged in fortifying their different positions. From his headquarters, at York, where the details of his responsible command were worked out, the keen eye of the Colonel was over all, and a general personal supervision exercised. Scarcely a day passed but he made the regular circuit of his extensive lines, and every company felt his fostering care and fatherly interest. Fortifications were erected, rifle pits constructed, and careful preparations made for the coming of the foe.” 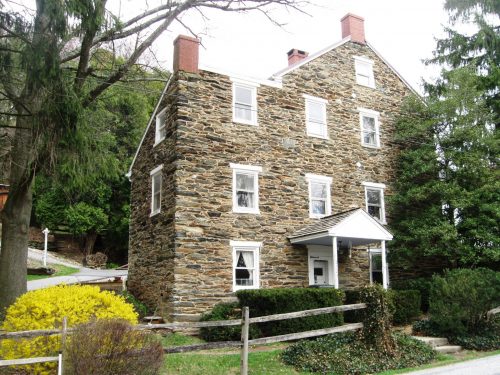 The old Warfel farm, long gone, is near the Richard M. Nixon County Park in south-central York County (not far from Jacobus). The residents of this homestead back during the Civil War may have had a militia campsite nearby. Several farmers filed damage claims from militia camping on their property while guarding the railroads. This farm is the closest one to one likely Union position.

Among the places that the militia guarded in some strength were what later became known as the “Twin Arch Bridge” near Reynolds Mill and the old Howard Tunnel. Lt. Col. Elijah V. White sent elements of his 35th Battalion, Virginia Cavalry up the Northern Central Railway’s tracks to these two locations. They burned a bridge near Seven Valleys not far from the Henry Fishel farm. However, Rebel advance scouts reported a strong Union presence, with artillery, so White decided against an attack. Instead, he withdrew to Spring Forge (now Spring Grove) and camped. The next day, after the militia had retired, the 17th Virginia Cavalry burned all the railroad bridges between York and Glatfelter’s Station. They did not, however, destroy the Howard Tunnel. 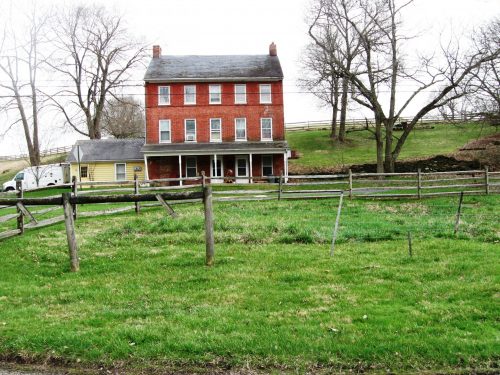 The house in the background is the old miller’s house associated with Reynolds Mill, which until late in the 20th century stood in the center where the fenced-in grassy area is now. One of our party of trampers recalled being in the old mill when he was younger. Not far away is the location of the old twin-arch bridge, a stone bridge that succeeded the burnt Civil War wooden bridge. 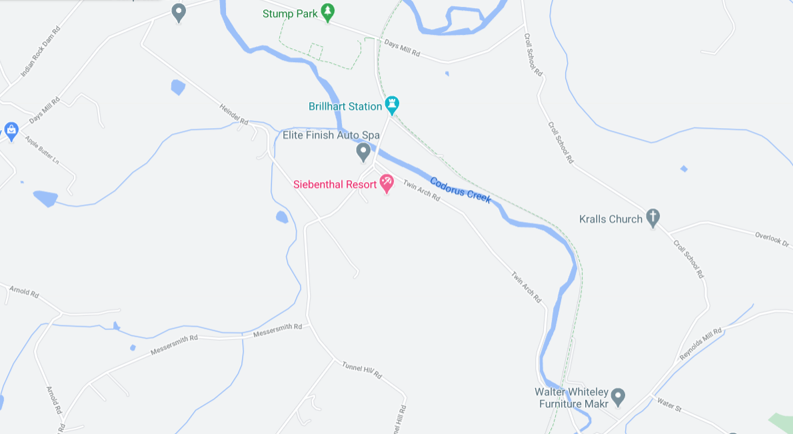 This map, courtesy of Google, shows the old route of the Northern Central Railway (roughly paralleling the Codorus Creek in the left of the map) in south-central York County, Pennsylvania. Rifle pits nearby protected the war-time railroad and access roads. The Howard Tunnel, southwest of the Twin Arch Bridge, was a prime target for Confederate raiding parties but was not destroyed. However, where the railroad is shown crossing watercourses, Rebels burned all the bridges.