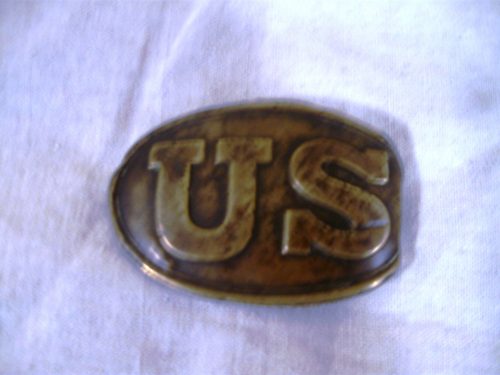 This U.S. belt plate was manufactured by the W. H. Smith Company in Brooklyn, New York, for use by the Union Army during the American Civil War. The firm produced tens of thousands of these brass buckles for the various regiments from multiple states.
I am recently been talking in depth about the June 26, 1863, skirmish at Witmer Farm with several Adams County, Pa., residents in preparation for the second edition of my book which covers the fight, Flames Beyond Gettysburg: The Gordon Expedition, June 1863. I have corrected a couple of things that I had misconstrued, and have added a lot more depth and color to the chapter based upon additional eyewitness accounts.
One of the residents that I have struck up a friendship with has very kindly shared the story of this belt buckle with me.
It’s very likely this relic was originally around the waist of an emergency soldiers in the 26th Pennsylvania Volunteer Militia during the Skirmish at Witmer Farm (see my recent series of posts on that encounter). 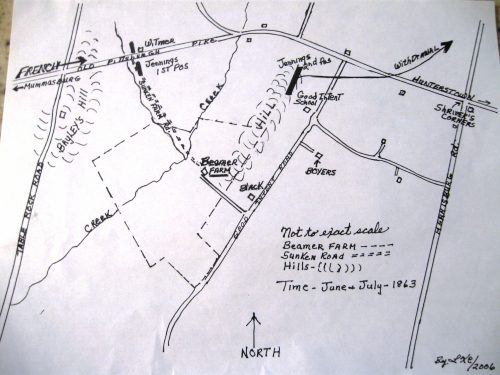 Map of the Skirmish of Witmer Farm showing the approximate location of the Wolf farm, where the brass belt buckle was uncovered in a field. 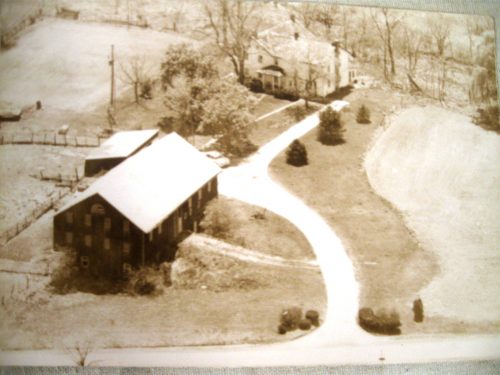 The Adams Countian grew up on this farm along Shrivers Corner Road (photo from private collection, used by permission. Copyright enforced, so please so not download it or copy it). The buckle was found in the field in the upper left corner of the photograph.
During the Civil War years, this was the Wolf farm. It is located along the path that much of Colonel William W. Jennings and the 26th Pennsylvania Volunteer Militia used to retreat from their initial battle line on the Henry Witmer Farm back more than a half-mile to a ridge paralleling Good Intent School Lane.

Perhaps one of the straggling militiamen cast aside his cartridge belt to lighten the load as he raced to rejoin the bulk of the regiment? Private Samuel Pennypacker records that considerable numbers of soldiers did remove equipment and toss it aside to speed their withdrawal. Maybe this plate was part of the refuse that Virginia cavalryman Jim Hodam said lined the roads and fields following the militia’s hasty withdrawal? 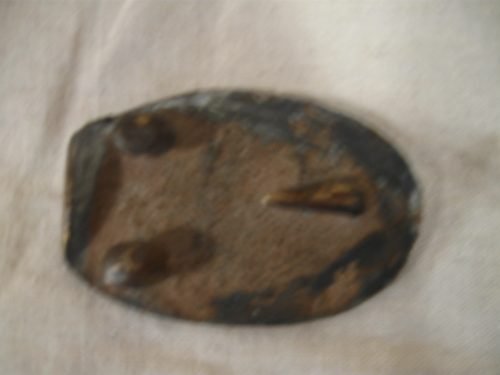 The buckle is in very nice condition, with all three attachment hooks still intact. It does have a bent corner, possibly from being struck by a plow by the Wolfs, Lauers, or subsequent farmers who owned the land. The buckle’s owner found it many decades ago and cleaned off the grime and dirt. The brass has a soft patina, but exhibits no pitting or other damage from being in the ground for nearly one hundred years. 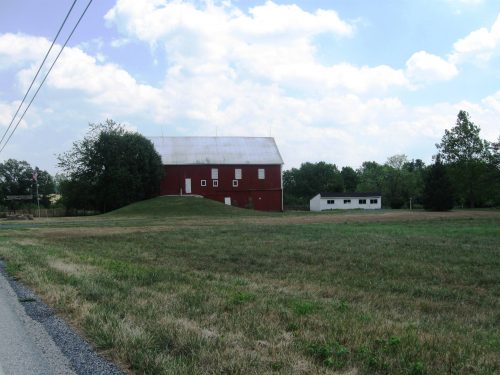 The old Wolf/Lauer farm still stands along Shrivers Corner Road. it’s about four miles northeast of Gettysburg. It is private property, so please do not metal detect or otherwise search for relics. Confederate quartermasters of the 17th Virginia Cavalry collected much of the discarded Union equipment on the evening of the skirmish, and the local farmers kept the rest as souvenirs. While undoubtedly artifacts do remain in the soil beneath the various farms where the militia moved and the Rebels pursued, the concentration surely must be minimal. 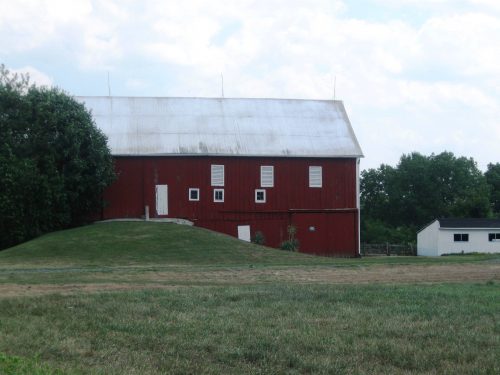 During the flight from the Witmer farm, many of the untrained and inexperienced militiamen were exhausted from traipsing several miles through water-logged fields and muddy roads (it had rained 1.3 inches overnight). Unused to long walks, many straggled and fell by the wayside before reaching the Witmer place. During Jennings’ hasty retreat across the Lauer and other farm fields, eyewitness accounts suggest that dozens of foot-weary soldiers hid in outbuildings, under corn cribs, in ditches, and in trees. Perhaps some entered this very barn? 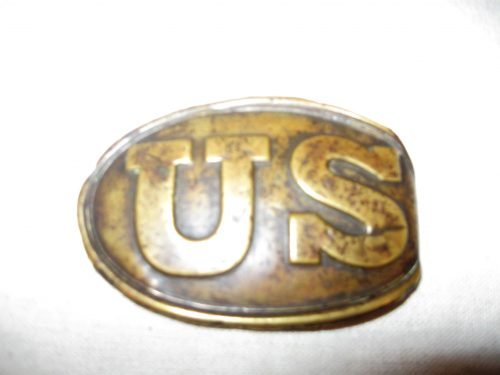 Another view of the buckle under more lighting.

Do you have an artifact from the Gettysburg Campaign with a story of how you found it, where, and under what circumstances?