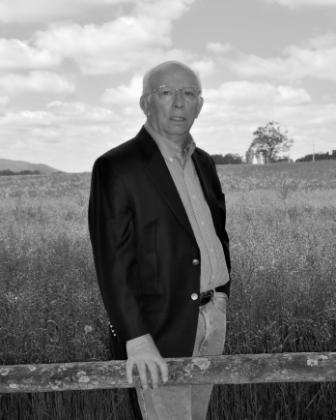 The York Civil War Round Table will feature Civil War historian Jeffry D. Wert at its monthly meeting on Wednesday, August 15, 2012. The topic of the evening will be “A Glorious Army: Robert E. Lee’s Triumph 1862- 1863.” This is Mr. Wert’s ninth Civil War book to be published.
The meeting will be held at 7:00 p.m. on Wednesday evening in the auditorium of the York County Heritage Trust at 250 E. Market Street in downtown York, Pennsylvania. There is no charge for admission and the public is welcome! Parking is also free!
From the time Robert E. Lee took command of the Army of Northern Virginia on June 1, 1862, until the Battle of Gettysburg thirteen months later, the Confederate army compiled a record of military achievement almost unparalleled in our nation’s history. How it happened — the relative contributions of Lee, his top command, opposing Union generals, and of course the rebel army itself — is the subject of Civil War historian Jeffry D. Wert’s fascinating and riveting new history.
A Glorious Army draws on the latest scholarship, including letters and diaries, to provide a brilliant analysis of Lee’s triumphs. It offers fresh assessments of Lee; his top commanders Longstreet, Jackson and Stuart; and a shrewd battle strategy that still offers lessons to military commanders today.
Jeffry D. Wert is the author of eight previous books about the Civil War, including The Sword of Lincoln, a history of the Army of the Potomac, and biographies of General James Longstreet and General J.E.B. Stuart. He has written for several Civil War publications, among them Civil War Times Illustrated and Blue and Gray.
Jeffry Wert’s interest in history first began after an eight grade field trip to the Gettysburg battlefield. After high school he graduated cum laude with a B.A. from Lock Haven University, and a M.A. from The Pennsylvania State University, both in History. He worked for many years as a history teacher at Penns Valley Area High School in Spring Mills, Pennsylvania.