Manchester Lutheran Cemetery is located along North George Street in downtown Manchester, Pa. (during the Civil War often known as Liverpool Post Office). Confederate cavalry, specifically the 17th Virginia Cavalry under Col. William H. French, rode past this site during the 1863 Gettysburg Campaign as they raided Liverpool and nearby Mount Wolf. They were en route to burn two railroad bridges over the Conewago Creek near York Haven before heading back down George Street to camp on a partially wooded hill near the railroad village of Emigsville.
The small cemetery is post-war, but it contains the graves of several Civil War veterans who likely attended the local Lutheran Church. A prominent businessman who had a face-to-face encounter with Colonel French’s Rebel raiders is also buried here. 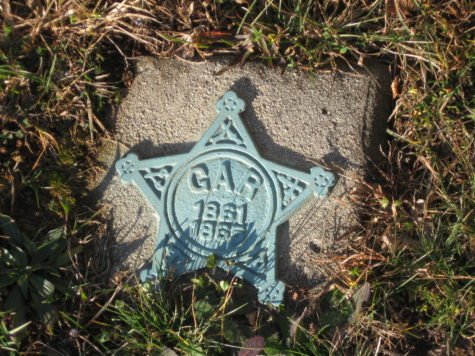 The Grand Army of the Republic frequently marked their dead members’ graves with these small bronze star-shaped plaques, which most often were simply inserted into the ground on a small metal shaft. In this case, the marker was later imbedded in cement to discourage pilfering. 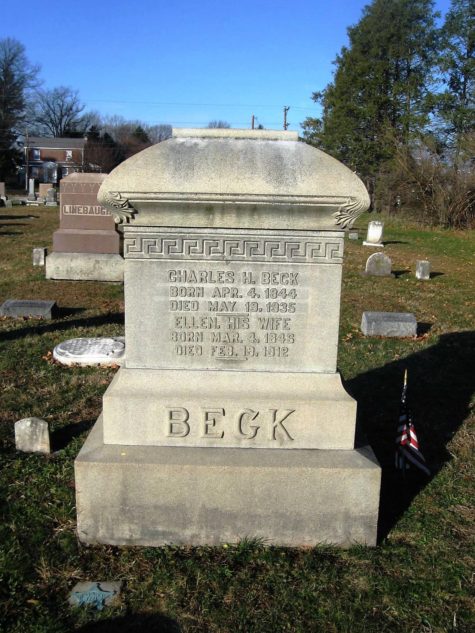 Charles H. Beck was a private in Company D of the 200th Pennsylvania. He volunteered at the age of 20 on August 23, 1864, according to researcher Dennis Brandt’s database at the York County Heritage Trust’s website. He served alongside his father George, who also was in the same regiment. Charles was 5′ 8″ at time of his enlistment, with brown hair and blue eyes. He listed his occupation as a carpenter and had a net wealth in the 1860 census of $4,000. He served until the end of the war, mustering out on May 30, 1865, and then returning home. Beck married a girl named Ellen and raised three children.
The 200th Pennsylvania served in the Army of the James and then was transferred to the Army of the Potomac during the Siege of Petersburg. It took part in the Battle of Fort Steadman in which several members were killed or wounded. 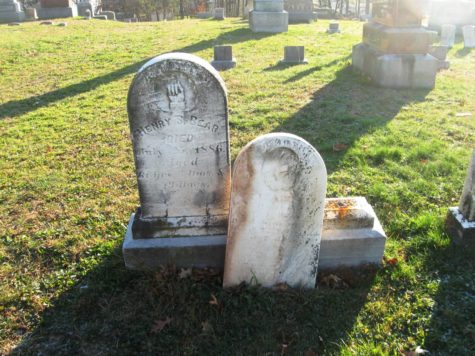 Henry S. Bear was not a soldier, but a local resident who managed to somehow escape the Rebel raiders. Many citizens of the Manchester region hastily took their horses and livestock to safety, often hiding them in hollows and woodlots near the Susquehanna River or taking them well to the south to Wrightsville, where they joined the long queue at the toll bridge awaiting to pay to cross into Lancaster County. Often this meant leaving the wife and children behind to tend to the farms.
Henry Bear is not listed in the State Archives as a victim of French’s raid, although many of his immediate neighbors and at least one family members later filed damage claims that they had lost horses or mules to the Rebel cavalrymen. 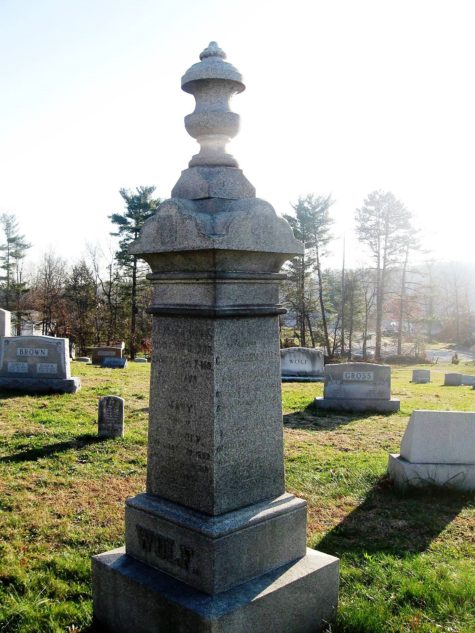 George H. Wolf was one on the most prominent businessmen and civic leaders in the Liverpool / Mount Wolf area, where his family had long been leading citizens. His store was a magnet for the Rebel raiders, and he suffered extensive losses as French’s Virginians and West Virginians walked away with armloads of personal goods. They left behind Confederate currency that of course was totally worthless in the North other than as a curiosity to show friends and family members. Among Wolf’s losses were a large selection of clothing and other dry goods that on the morning of June 28, 1863 had lined the shelves of his locked and closed general store.
It was not a Sabbath of rest for George Wolf, Henry S. Bear, and the other residents of what was in 1863 still Manchester Township (today this is East Manchester Township). 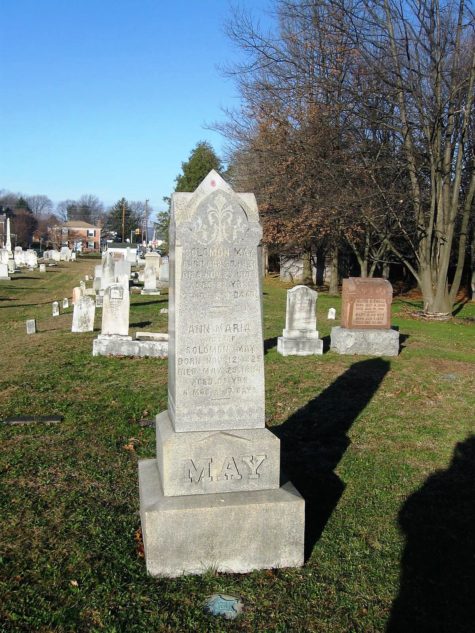 Solomon May was another soldier in the 200th Pennsylvania. He enlisted on August 23, 1864, and, like Charles Beck, listed his occupation as carpenter. May was much closer to Beck’s father in age, enrolling at 44. He was 5′ 8″ tall, with black hair and gray eyes. He was married to Anna Maria, and at the time of his enlistment in the army, his daughters Martha and Lydia were 13 and 7 respectively. Solomon May survived the Civil War and mustered out with the Becks on May 30, 1865.
In the next installment of this series on York County’s old cemeteries with Civil War veterans, we will look at some of the men buried in Manchester’s Union Cemetery just up the road northward from the Lutheran Cemetery.