Manchester Union Cemetery is at the corner of S.R. 181 (Main Street / known as North George Street Extension south of town toward York) and S.R. 921 (Maple Street) in Manchester, Pennsylvania.
It is one of the oldest cemeteries in the area, with many graves dating back to the early 18th century. Most of these very old headstones are inscribed in German, the prevailing language in the region until much later in the century. The cemetery spans the history of Manchester (known as Liverpool Post Office during the Civil War), with graves to the modern day in the newer (southern) section. Several Civil War veterans are buried in Manchester Union Cemetery.
Here are a selected handful of headstones. 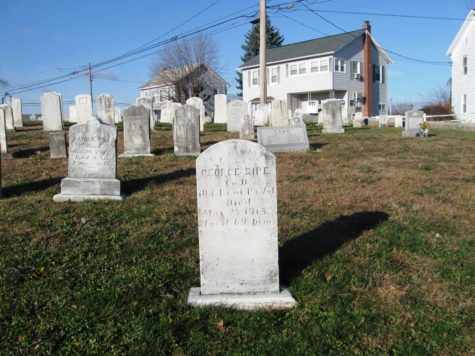 George Sipe served as private in Company D of the 103rd Pennsylvania Infantry in the last year of the Civil War. At the age of 19, he enlisted on March 17, 1865, in downtown York. His enrollment data, according to researcher Dennis W. Brandt’s excellent database on the website of the York County Heritage Trust, indicates that he was 5′ 10″ tall, with brown hair and gray eyes.
Two brothers also served in the Union army — Daniel Sipe (166th Pennsylvania and later the 200th Pennsylvania) and John Sipe (45th Pennsylvania). It’s not common to have four different regiments represented in a single family.
Sipe listed his occupation as a laborer; census data indicates his net worth in 1860 as $100, not bad for a young teenager in those days. He was a son of Henry and Elizabeth (Kritzinger) Sipe, and lived most of his post-war life in Manchester before moving to Newberry Township. George Sipe mustered out of the army on June 25, 1865. He died on May 25, 1915. 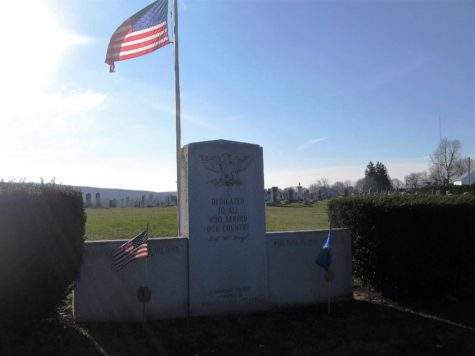 Manchester Union Cemetery features this impressive monument to veterans of all wars from the region. 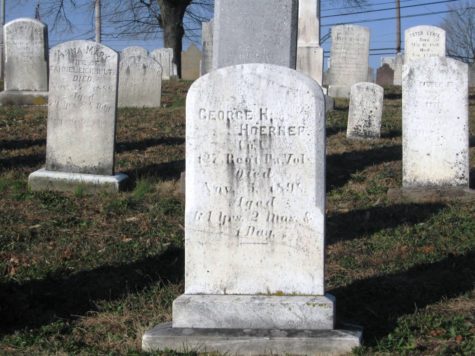 George Henry Hoerner enlisted August 9, 1862, at Hummelstown in Company I of the 127th Pennsylvania. The carpenter was 28 at the time he volunteered, with a wife and 7-year-old son David. George was a native of Dauphin County and served under Col. William Wesley Jennings in the 127th (Jennings would later play a key role in the June 26, 1863, skirmishing near Gettysburg). Wounded at Fredericksburg, Hoerner recovered and mustered out with his regiment on May 29, 1863. 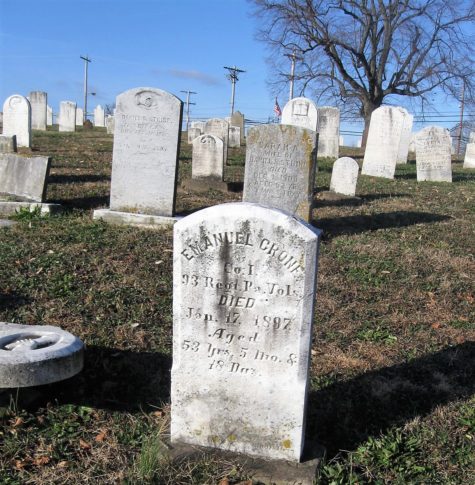 Emanuel Crone served in two different regiments during the Civil War. The 18-year-old Fairview Township native at the time of the war lived with and/or worked for farmer Moses Driver in that township. Crone was 5′ 6″ tall, with black hair and gray eyes, and was single. He enlisted on October 18, 1861, in Company I of the 93rd Pennsylvania, but soon suffered from an illness (or injury) of unspecified nature. He received a surgeon’s discharge on October 25, 1862. Feeling better a couple of years later, Crone enrolled in York on August 13, 1864, in the 200th Pennsylvania and received the rank of corporal in Company B. He survived the Siege of Petersburg and the attack on Fort Stedman which claimed the lives of several York Countians. Crone mustered out with his regiment on May 30, 1865. After the war he married a woman named Louisa and settled in the Manchester area. He died in the winter of 1897.