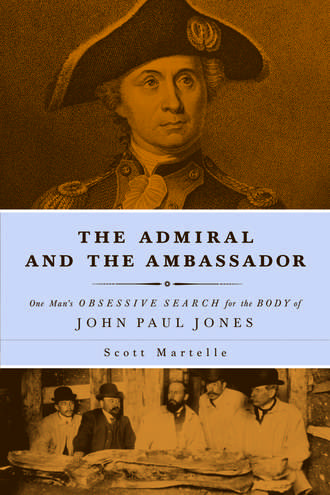 To many Americans, the name John Paul Jones conjures up notions of a heroic sea captain–outgunned, undermanned, and with the odds stacked against him–defiantly refusing to give up his ship by calling out “I have yet begun to fight!” to the astonished British commander. It’s an enduring image, one cemented in our collective consciousness during childhood.

The little Bon Homme Richard vs. the mighty Serapis.

The amateur American admiral vs. the more experienced British commander.

However, the popular tale as believed by most Americans is not quite the entire story. Jones was not born in America and in fact had spent precious little time there (he was of Scotch birth). He did not utter the exact phrase famously attributed to him (although the spirit of his actual words was no less defiant in the face of surrender). Jones spent his last years in France, where he died and was buried in a lead coffin in a cemetery soon to become forgotten with the upheaval of the French Revolution. Then, the location of his grave was lost to history.

And, a century later, also enter veteran author Scott Martelle, who weaves the story of Porter’s search for Jones’ grave into an interesting and certainly out-of-the-ordinary book. 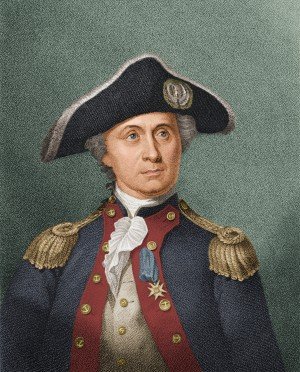 Horace Porter had been a close confidant of General Ulysses S. Grant during the Civil War, and post-war he became the U.S. Ambassador to France, a patronage appointment in recognition of his reputation and past service to his country. While in France, Porter became interested in the story of John Paul Jones and began searching for his grave, a task which eventually took more than six years.

The gravesite had been forgotten after the French Revolution. Upon finally locating it, Porter had several partially crushed lead coffins exhumed. The third one proved to be the missing Revolutionary hero’s final resting place. Jones’ remains were subsequently carefully packed for oceanic shipment to Maryland for reinterment in a crypt at the U. S. Naval Academy in Annapolis.

In his recent book The Admiral and the Ambassador: One Man’s Obsessive Search for the Body of John Paul Jones, long-time author/journalist Scott Martelle effectively connects the dots between Jones’ naval career and somewhat star-crossed life and Porter’s solid military and political accomplishments. Using a “flashback”-type writing style, Martelle skillfully manages to introduce the reader to both men, giving us an understanding of each others’ strengths, weaknesses, and major life events.

Martelle’s writing style flows well, despite the two widely divergent topics, and he brings Jones’ and Porter’s individual stories full circle to the culmination of the discovery of Jones’ grave and his final sea voyage across the Atlantic to Maryland. The book, though non-fiction, reads like a well-crafted novel or historical fiction, and frankly, the strange story of Porter’s obsessive search for Jones’ body would make for an interesting TV movie or documentary. 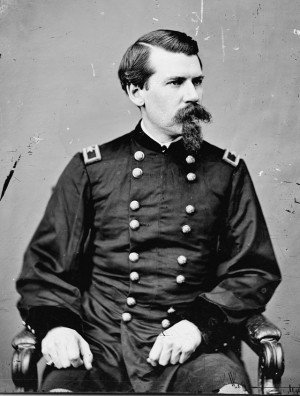 Without Porter’s persistence, the legendary John Paul Jones might still be in an unmarked, long-lost grave.

Without Martelle’s interest in the story, today’s history buffs might well not be aware of this tale of two widely different men whose lives intersected decades after the admiral’s death.

It’s a story well worth reading. For more details on the book and its plot, please click here.

Martelle maintains a blog which has more information on the book, as well as other topics of interest.

The book is available on amazon.com, as well as other leading Internet retailers, as well as through most well stocked national book stores.