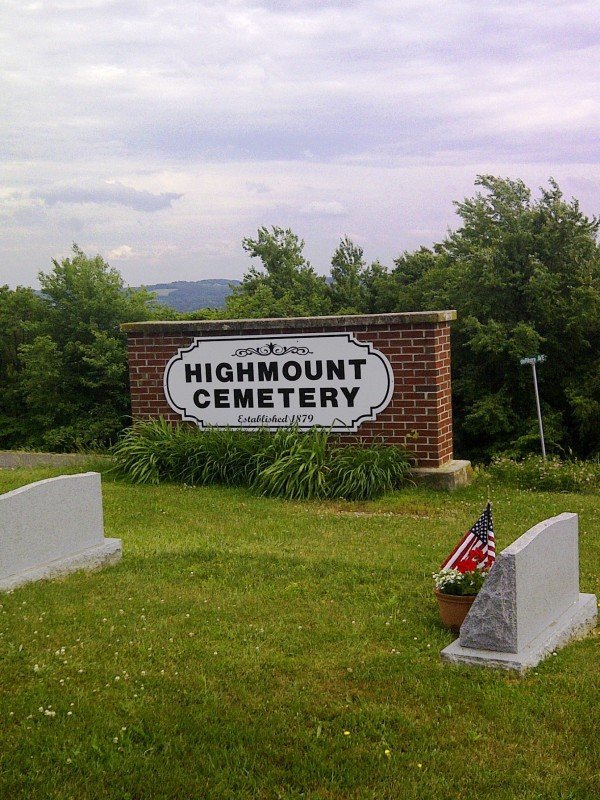 Recently the Fairmount United Methodist Church in scenic Hellam Township, Pennsylvania, held a commemoration of its 160th anniversary, using the theme of the Civil War’s 150th anniversary. The commemoration included a period church service led by living historian Rene Kinard, a luncheon for all attendees, reenactors, games for children, talks by various historians, and a concert of war-time music. One of the highlights was a graveside service to rededicate the final resting places for three Civil War veterans buried in the nearby Highmount Cemetery.

Here are post-ceremony photos of the three soldiers, as well as some commentary on their lives adapted from the Dennis W. Brandt database on the website of the York County Heritage Trust. 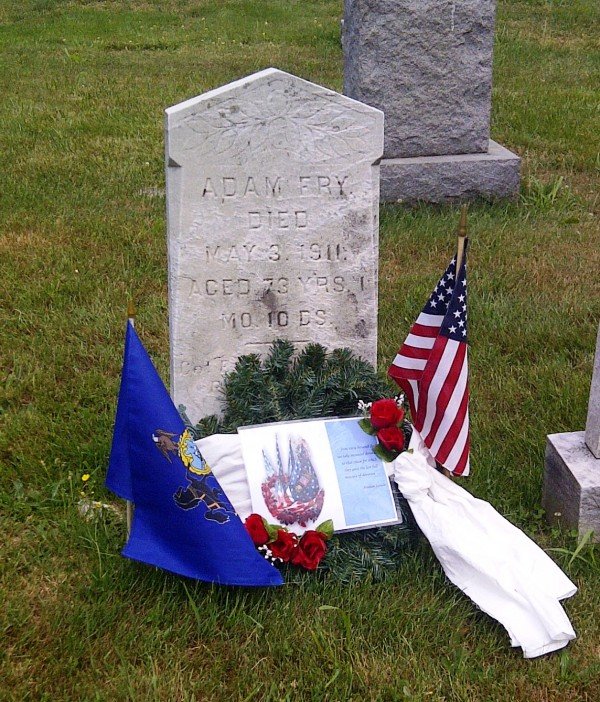 As a young adult, Adam was a laborer and a lock tender by profession. His net worth in the 1860 U. S. Census was $250, and his enlistment papers show him to have been 5′ 3″ with black hair and dark eyes. He enrolled in Columbia on July 15, 1864, as a private in Company E of the 195th Pennsylvania. He served until the end of the war, but his health was broken from chronic diarrhea contracted in the field. 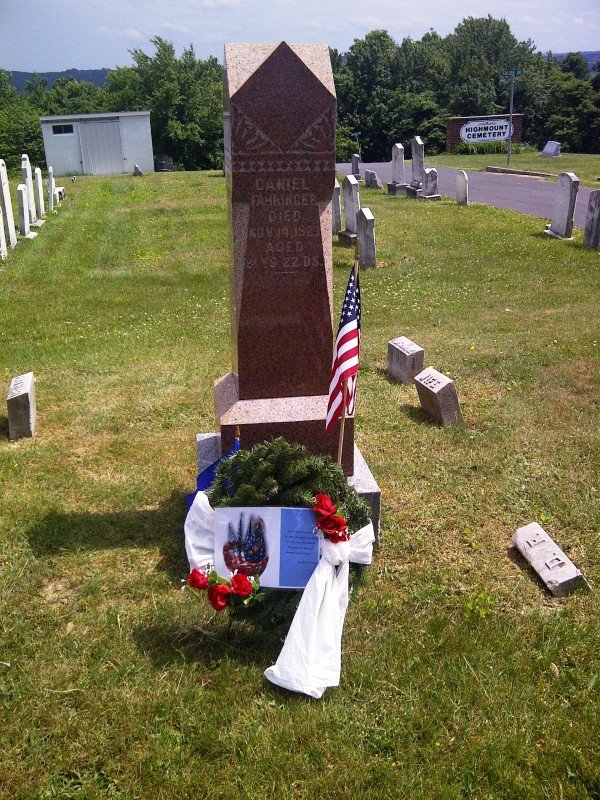 Daniel Fahringer  was born on October 23, 1842, in Hellam Township, a son of Jacob & Nancy Ann Freed Fahringer. His siblings were  Sarah, Elizabeth, David, and Sophia.

At the time of the Civil War he was rather well off, being shown in the 1860 Census as being worth $3,345 from his job as a laborer. He enlisted toward the very end of the war on March 24, 1865, in Lancaster as a private in Company B of the 214th Pennsylvania Infantry. He served until March 1866 when his unit was discharged.

After the war, Fahringer moved to Missouri where he served with the Missouri National Guard, but at his death, he lived in York Borough. 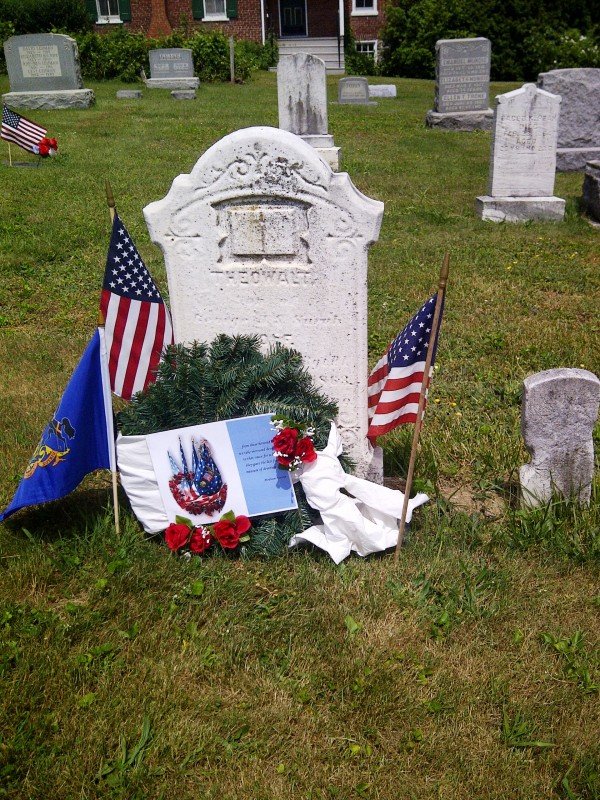 Theowalt Wolf mustered into the 125th Pennsylvania on August 10, 1862, as a private in Company A. He was shot and wounded five weeks later at the Battle of Antietam. He never recovered, expiring from his wounds in a temporary hospital in Smoketown, Maryland, on January 25, 1863.

He left behind plenty of mourners. He was a son of George H. & Sarah Wolf, and his siblings included  Isaac, Susan, Jacob, Solomon, Catherine, John, William, Christina, Mary, Philip, and Frank. He was a laborer worth $100.

Note that Samuel Bates’ History of the Pennsylvania Volunteers, as well as the 125th Pennsylvania’s regimental history, spells his name as Theawalt Wolf. 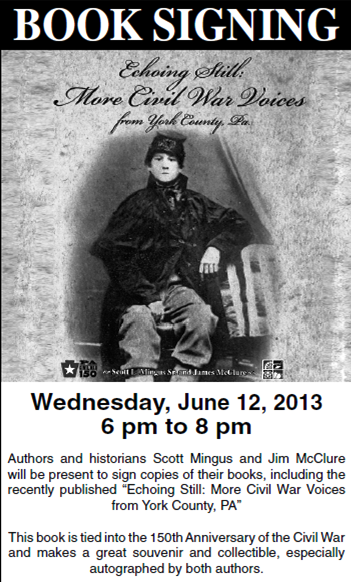