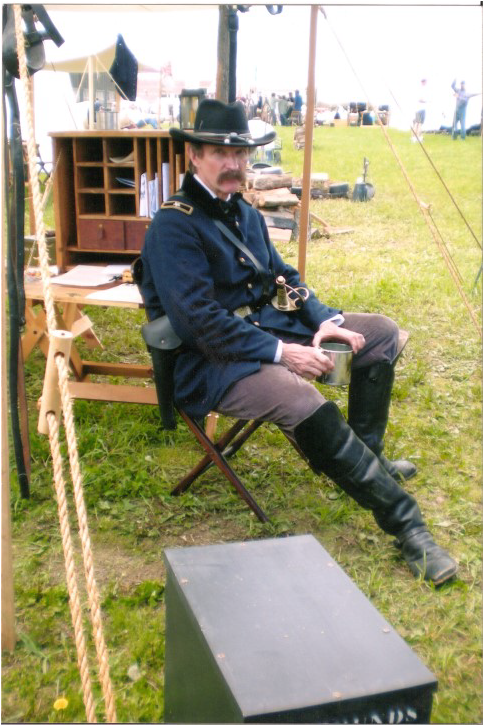 The first-person presentation is free to the public and everyone is welcome. The meeting will be on Wednesday, July 20th at 7:00 p.m. in the auditorium of the York County History Center, 250 E. Market St, York, Pennsylvania. 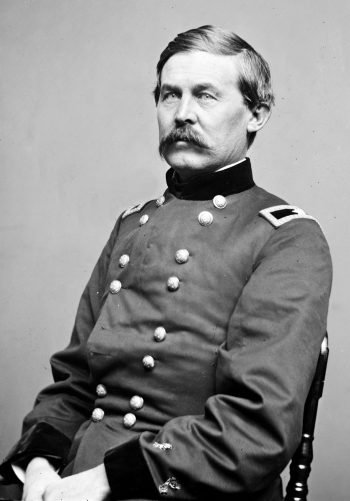 He had many Southern connections but opted to stay in the Union Army and was promoted to Brigadier General of Volunteers in July 1862. After Second Bull Run, he became Chief of Cavalry and served as such through Antietam and Fredericksburg. In June 1863, he took command of the First Division, Cavalry Corps, Army of the Potomac and commanded the division in the Battle of Brandy Station, June 9th, the largest cavalry battle in North American history.

The First Division arrived in Gettysburg on June 30th. Buford was quick to recognize the importance of the high ground south of town and on July 1st, he was successful in delaying Henry  Heth’s division of A.P. Hill’s corps west of Gettysburg until the Union First Corps came to their relief.

John Buford closed out the 1863 campaign season in northern Virginia in ill health having suffered from rheumatism, exhaustion and finally contracted typhoid in November. He left the field the third week of November for Washington, DC, never to return.

He was promoted to Major General of Volunteers on December 16 for distinguished and meritorious service at the Battle of Gettysburg and died the same day at the age of 37. General Buford is buried at West Point Military Academy.

Michael D. Smith settled down in 1997 in his home on the scene of the first morning’s battle at Gettysburg. The locale contributed to a never ending quest to understand and convey the actions and character of John Buford. The son of a career Air Force sergeant, his interest in military history started at age 11 while living in Turkey, and has never stopped.

Mike has an undergraduate degree in mechanical engineering with the addition of an MBA in finance and international business.

Part of Mr. Smith’s learning experience has been as a cavalry trooper in reenactments. His wife Diane portrays Martha McDowell Duke Buford, and the two of them are active in Victorian Era dancing.