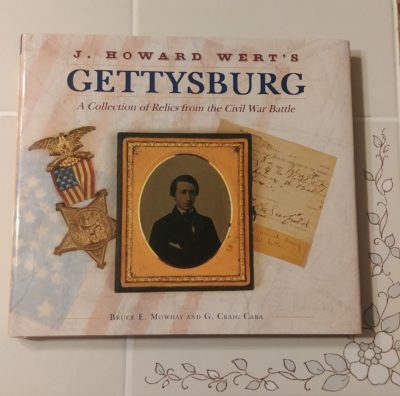 J. Howard Wert, a native of Gettysburg and a scout during the 1863 Gettysburg Campaign, came from a well-connected German-American family which had a deep connection to the early history of the United States. Family members fought in the French & Indian War, the Revolutionary War, the War of 1812, and the Civil War. They were friends with several notables, including Dr. Benjamin Rush of American Revolution fame and with Thaddeus Stevens, the mid-1850s abolitionist congressman with ties to Gettysburg, York, and Lancaster.

Wert was caught while serving as a scout by Robert E. Lee’s soldiers, but escaped and returned home in time for the battle. With his strong knowledge of local roads and terrain, he helped guide Union troops to their positions at various points in the battle.

Later, he began picking up relics and artifacts from the battlefield. Over time, he purchased or was given many more until accumulation was deemed as one of the finest, if not the best, Gettysburg collections in the country.

His son kept the collection together. Today, G. Craig Caba preserves the collection. He and c0-author Bruce Mowday have given the public a rare glimpse of some of the more important artifacts in their fine book, J. Howard Wert’s Gettysburg: A Collection of Relics from the Civil War Battle. 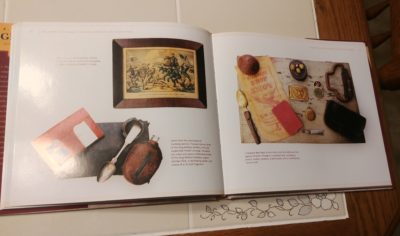 Chock full of full-color, high quality photographs of specific relics, the book is a “must have” for anyone interested in the battle of Gettysburg or of artifacts of the war and its era. Mowday and Caba also include images from items in the vast collection from colonial days and other periods to give the reader a flavor of the types of materials the Wert family passed down through the generations.

Almost every page contains a collage of relics and accompanying explanatory text. The selection is varied and interesting, ranging from personal possessions such as Bibles and photographs to military weaponry and accoutrements. The authors cover almost all aspects of the three-day battle and the subsequent impact on the residents of the town and its environs. 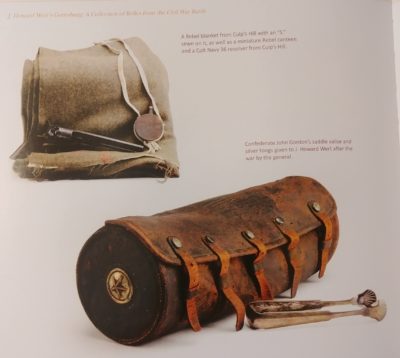 This image if particular interest to those of us who live in York County, Pennsylvania, and study our history. In the lower right is a saddle bag that once belonged to Confederate General John Brown Gordon.

Was this very bag attached to his saddle when he led his Georgians into downtown York on the Sunday before the battle of Gettysburg? Had Gordon pulled a map of Pennsylvania from this very bag to show to an astonished A. B. Farquhar at Abbottstown? Did Cassandra Morris Small see this as Gordon was addressing her and her friends on the steps of her home that in the 20th century became the Lafayette Club? Did the little girl who gave Gordon a bouquet of roses (containing the plans of the river defenses) as he passed by on Market Street see this saddle bag?

Was this saddle bag at Wrightsville as Gordon encountered Mary Jane Rewalt, the daughter of the chief burgess, who invited him to breakfast out of gratitude for the general ordering his men to form a bucket brigade and pass water uphill from the canal and river to save the burning town? 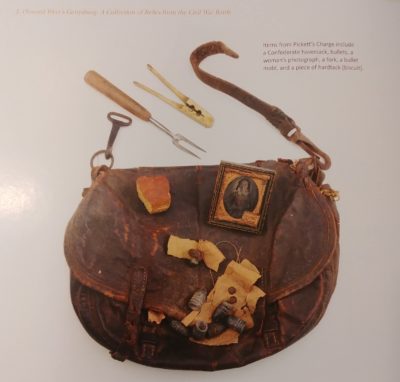 Typical of the illustrations in the book is this image showing Confederate items that Wert collected from the fields of Pickett’s Charge.

Mowday and Caba have provided a fascinating glimpse into one of America’s most important private collections of Gettysburg relics. The book is available from Jim Schmick at his excellent store, Civil War and More in Mechanicsburg, PA, where I picked up my signed copy over the Christmas holidays.