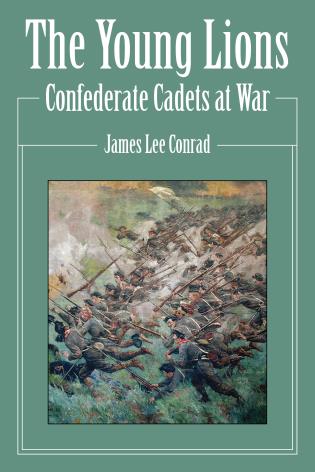 The image is enduring. Teenaged boys, many still too young to shave, dressed in snappy military uniforms being asked to charge across a field at New Market against veteran Yankee troops. The cadets of the Virginia Military Academy did as ordered and advanced under fire across what famously became known as “the field of lost shoes.”

Many would never be the same again.

The sacrifice of the VMI cadets has often been recalled in books, feature films, documentaries, podcasts, radio interviews, and other media. The New Market battlefield, bisected by I-81 in the heart of Virginia’s scenic Shenandoah Valley, is a popular stopping point for Civil War buffs, tourists, and the curious. Wayside markers outline the events. Relics and recollections inside the museum  retell the fascinating story.

Yet, many cadets from the South’s other leading military academies also played important roles in the war. The Citadel in Charleston and The Arsenal in Columbia (collectively the South Carolina Military Academy). The Georgia Military Institute in Marietta. The University of Alabama (yes, long before the fervent chants of “Roll Tide Roll” at football games, the venerable Tuscaloosa school hosted a military academy for several years).  Those institutions, in some cases, came under Union attack. Their youthful cadets, too, faced Northern guns. Author James Lee Conrad tells their stories in his classic book, The Young Lions: Confederate Cadets at War.

Stackpole Books first published Conrad’s book in 1997 as a hardback. The University of South Carolina Press republished it in 2004. In February 2019, Stackpole re-released it as a paperback for a new generation of Civil War readers. Over the years, The Young Lions has received positive reviews for its broad overview of the formation of the four major state-sponsored military academies, from their foundations before the war to their respective roles in it. Conrad covers the role of the cadets from these schools from the firing on Fort Sumter (Citadel boys manned a battery on Cummings Point) until the surrender of the Georgia Military Institute’s cadet corps on May 20, 1865, a month after the respective surrenders of Robert E. Lee’s Army of Northern Virginia at Appomattox Courthouse and Joe Johnston’s larger army at Bennett Place in North Carolina. GMI students met Illinois Yankees during the 1864 Atlanta Campaign at the battle of Resaca.

Union soldiers burned VMI but the venerable institution still is in business to this day. The Georgia Military Institute suffered the torch in November 1864 and never came back.  So did most of the University of Alabama in the spring of 1865, just days before Lee’s surrender. It would not reopen until 1871.

The book could have used better editing at Stackpole. President James Buchanan’s name is consistently misspelled as Buchannan throughout its entire use, except in the index where the final n is missing. For a Pennsylvania-based publisher, that seems odd, with Buchanan being the commonwealth’s only resident of the Executive Mansion/White House. In some places such as on page 8, the paragraphs are uneven (formatting errors) in this edition. However, these nits aside, Conrad’s facts are correct and his prose is interesting and compelling. He uses unpublished manuscripts and letters, as well as other primary sources, to explain the cadets’ role using their own words and incidents in several cases. In his epilogue, he gives a brief account of these young men after the war, as well as the respective fates of their schools.

Anyone interested in military academies or the Southern home front during the War Between the States will find this book of value. For those fascinated by the story of the VMI boys at New Market, the book will open their eyes to the students’ larger role throughout the conflict and give them a perspective on the other three state-sponsored academies.

Did you or any relatives attend private or state-sponsored military schools? What was it like? What stories do you have? Feel free to leave a comment about your experience.