Author Ed Bonekemper to speak at York CWRT on November 16 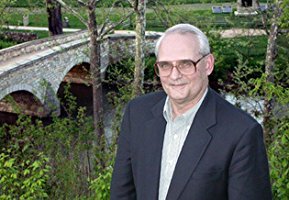 The York Civil War Round Table will feature author and historian Edward H. Bonekemper, III at its monthly meeting on November 16, 2016. The topic of the evening will be “The Myth of the Lost Cause: False Remembrance of the Civil War.”

The meeting will be held at 7:00 p.m. on Wednesday evening in the auditorium of the Historical Society Museum of the York County History Center located at 250 E. Market Street in downtown York, PA.  There is no charge for admission and the public is welcome.

The Southern-created Myth of the Lost Cause has long dominated Americans’ remembrance of the Civil War, the country’s watershed event. In many ways, that myth has been America’s most successful propaganda campaign.

Historian Ed Bonekemper examines the accuracy of the Myth and how it has affected our perception of slavery, states’ rights, the nature of the Civil War, and the military performance of Robert E. Lee, Ulysses S. Grant and James Longstreet. He begins by discussing the nature of slavery in 1860, including whether it was a benign and dying institution.

The heart of his analysis is whether slavery was the primary cause of secession and the Confederacy’s creation. He does this by examining Federal protection of slavery, slavery demographics, seceding states’ conventions and declarations, their outreach to other slave states, Confederate leaders’ statements, and the Confederacy’s foreign policy, POW policy and rejection of black soldiers.

Drawing on decades of research, Bonekemper then discusses other controversial Myth issues, such as whether the South could have won the Civil War, whether Lee was a great general, whether Grant was a mere “butcher” who won by brute force, whether Longstreet lost Gettysburg for Lee, and whether the North won by waging “total war.”

Bonekemper is the author of six Civil War books, former book review editor of the Civil War News, and former adjunct military history lecturer at Muhlenberg College. His latest book is “The Myth of the Lost Cause: Why the South Fought the Civil War and Why the North Won.”