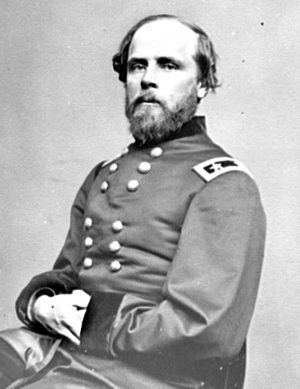 Jim Zbick is a retired newspaper journalist from Carbon County, Pa. now living in Cape Coral, Florida. Before moving to the Sunshine State, he did some feature writing for America’s Civil War magazine, including an article on the 1864 burning of Chambersburg that appeared in the November 1989 issue. He has since continued writing occasionally for his former employer, as well as volunteering as a historian for the Brotherhood of Heroes museum in Cape Coral. He is a lifelong collector of military documents and letters, including from the American Civil War.
Jim recently sent me the transcript of an interesting letter from his personal collection. In this message, Major General Darius N. Couch, the commander of the Union Army’s Department of the Susquehanna with headquarters in Harrisburg, responds to a York citizen’s written complaint that several of his fellow residents were disloyal to the government and openly welcomed the Confederates during their late-June 1863 occupation of York during the Gettysburg Campaign.
Headquarters
Dept of the Susquehanna
Chambersburg, Pa. Nov. 22nd 1864
Col. W. A. Nichols
Asst Adjt. General
Washington, D.C.
Colonel:
I have the honor to transmit hencewith communication of S. R. Jones calling attention to the (laxity?) of things allowed in the vicinity of York, Penna. and referred me on the 16th inst. for report.
In reply I have the honor to inform you that at various times most of the matters reported to me by Mr. Jones at York have been investigated and the conclusion arrived at was that it was not deemed expedient to make arrests of the women who waved their handkerchiefs or the men who gave the Rebels meals.
The Rebel generals received their attentions at most of the towns through which they passed when in this state, it often done out of fear, or something worse.
York has a great many secession sympathizers, the Rebels well understood this, and made its Citizens pay handsomely for the privilege of being such.
If Mr. Jones will point out party guilty of disloyalty, their cases shall be quickly attended to.
As regards pillaging to where stock was concealed, I will call upon Mr. Jones for names.
The town is strongly partisan, both sides making their complaints but I am aware there is a good deal to condemn in many of its citizens, and it has been considered the wisest course to only watch and see that no overt acts of treason are committed. I have been informed that Mr. Jones, the writer of the enclosed communication is of unsound mind.
Very respectfully,
Your obedient servant
D. N. Couch
Major General
Comdg. Dept.

Modern view of the former National Hotel to the left: 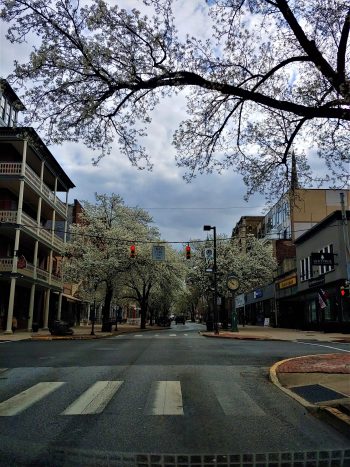 To read much more on the Confederate occupation of York, Pa., please pick up a copy of my popular book on the subject.