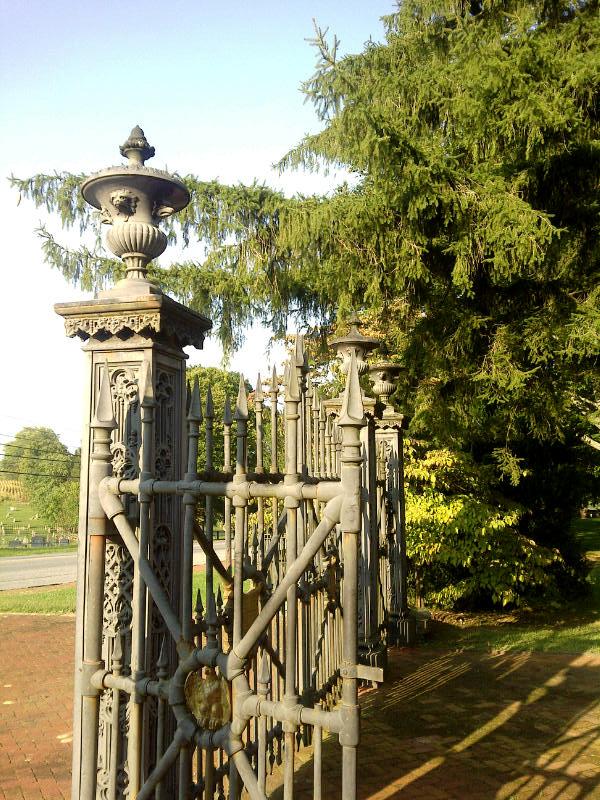 I recently spoke at the monthly meeting at the Sharpsburg, Maryland, Public Library, with my topic being “Human Interest Stories from Antietam.” I shared a PowerPoint deck with photos of the battlefield and told stories from my book (click here for a link to the book on amazon.com). Before the talk, I spent some quiet moments in reflection and contemplation in the National Cemetery, a relaxing and thought-provoking time after a long afternoon drive from one of our company’s facilities near Parkersburg, WV.

Three of my ancestors, the Chambers boys, from Marshall County, West Virginia, fought at Antietam in the 7th (West) Virginia Volunteer Infantry, a regiment in Nathan Kimball’s brigade. They attacked the Sunken Road, and all three survived without any serious injury. Less than a year later, they also came out of Gettysburg alive. 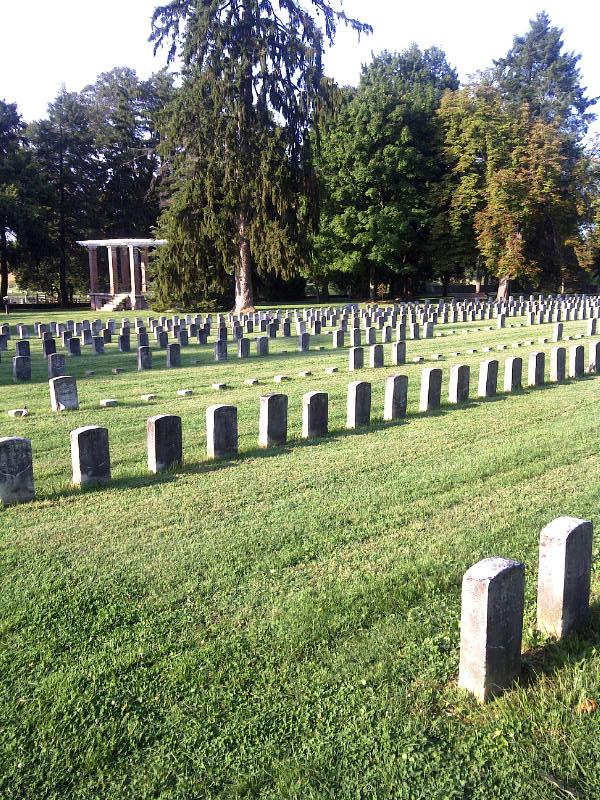 Hundreds of dead Civil War soldiers (mostly Union) are buried in the National Cemetery. Most fell at Antietam or South Mountain, although many battlefields are represented. Work gangs dug up the remains from a wide variety of nearby battlefields after the war and re-interred them in the newly created Antietam National Cemetery. Luckily for my great-grandmother Mary Caroline (Chambers) Mingus, none of her three older brothers lay beneath these sobering headstones. 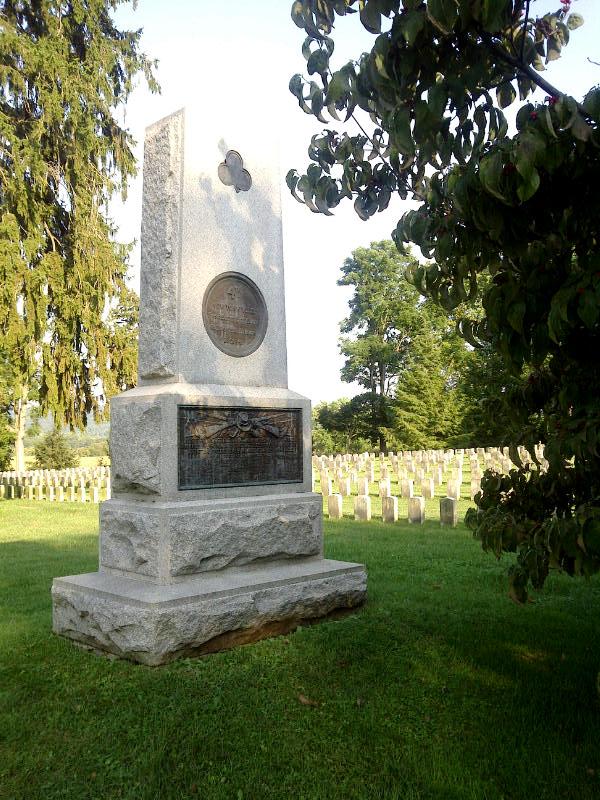 The cemetery was dedicated on September 17, 1867, (four years after the battle) with veterans, government officials, citizens, and the media present. President Andrew Johnson proclaimed, “When we look on yon battlefield, I think of the brave men who fell in the fierce struggle of battle, and who sleep silent in their graves. Yes, many of them sleep in silence and peace within this beautiful enclosure after the earnest conflict has ceased.”

Other impressive monuments, including this one to the 4th New York infantry regiment, dot the grounds. More than 100 years later, four Union dead recently discovered on the battlefield were reinterred and a marker erected not far from this Empire State memorial. 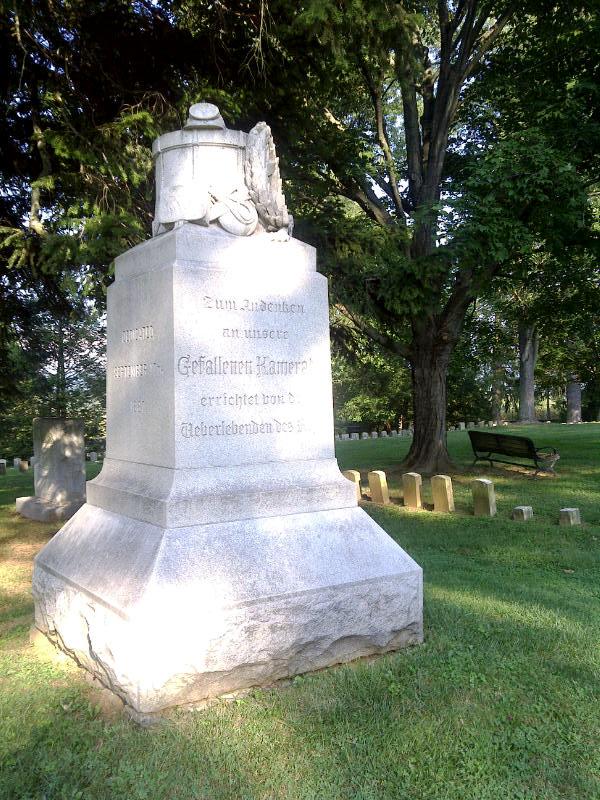 This monument recalls the German language spoken by several regiments in the Union Army of the Potomac, including the 20th New York.

Erected in memory
of our
fallen comrades.
by the
Survivors of the Regt. 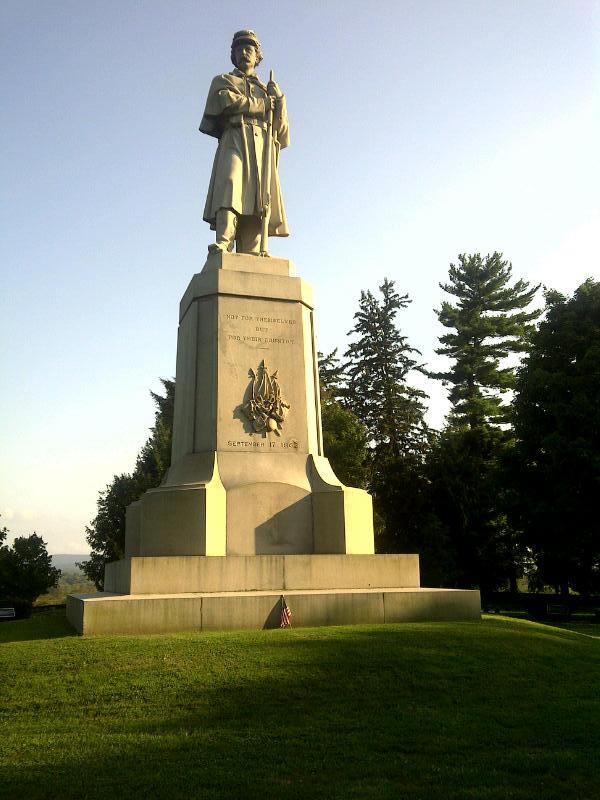 According to the National Park Service, “The colossal structure of granite standing in the center of the cemetery reaches skyward 44 feet-7 inches, weighs 250 tons, and is made up of 27 pieces. The soldier, made of two pieces joined at the waist, depicts a Union infantryman standing “in place rest” facing homeward to the north. The soldier itself is 21½ feet tall and weighs about 30 tons. Designed by James G. Baterson of Hartford, CT, and sculpted by James Pollette of Westerly, RI, for a cost of over $32,000, the ‘Private Soldier’ first stood at the gateway of the Centennial Exposition in Philadelphia, PA, in 1876. It was disassembled again for the long journey to Sharpsburg.

On September 17, 1880, the statue was finally in place where it was formally dedicated. The journey of ‘Old Simon,’ as he is known locally, had been delayed for several months when the section from the waist up fell into the river at Washington, D.C. When retrieved, it was transported on the C&O Canal, and dragged by using huge, wooden rollers through Sharpsburg to the cemetery. The inscription on the monument reads, “Not for themselves, but for their country.” 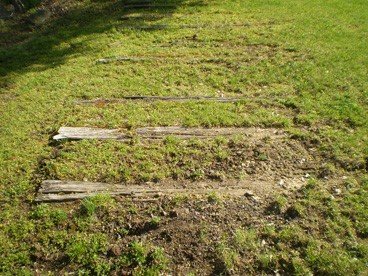