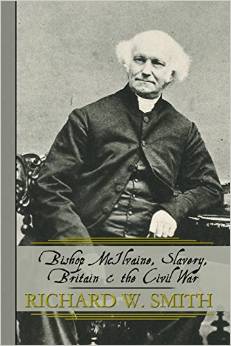 During the first half of the 19th century, citizens in the young country of the United States of America found plenty of topics of dissension. Besides fighting British, Native Americans, North Africans, and Mexicans in military conflicts, residents quarreled on the home front about such diverse subjects as Federal power (banking, tariffs, taxation, etc.) versus state power, the merits of temperance and the influence of alcohol, the right to vote for free blacks and women, infrastructure improvements, and public schools. But perhaps the single most divisive issue of the period was slavery. Hot topics ranged from westward expansion of slavery and passage of a gradual emancipation on a state level to a full-blown and immediate unconditional national emancipation and complete abolition of the institution.

The abolitionist movement progresses in many forms, from small independent local advocates to national anti-slavery societies and conventions. Fiery newspapermen such as William Lloyd Garrison and a host of others (black and white) stirred the pot, while nationally known speakers toured the country espousing their respective views. Often they met with violence and abuse, both verbal and physical, in their efforts. Abolitionists were run out of some towns, including the Reverend C. J. Hutchins here in York PA whose southern-sympathizing Presbyterian congregants disagreed with his occasional anti-slavery messages.

One of the most active religious leaders in the anti-slavery movement was Bishop Charles P. McIlvaine, an Ohio-based evangelical author and preacher in the American Episcopal Church. He was also an emissary of President Abraham Lincoln during the Civil War, who used the bishop’s frequent ties to the United Kingdom to benefit the Union war effort and to foster support among the international denomination, including for Lincoln’s Emancipation Proclamation.

Largely overlooked in modern histories, McIlvaine’s efforts have essentially been forgotten by most students of the period. But, that has been nicely rectified by a new book by Richard W. Smith, a retired professor at Ohio Wesleyan University. 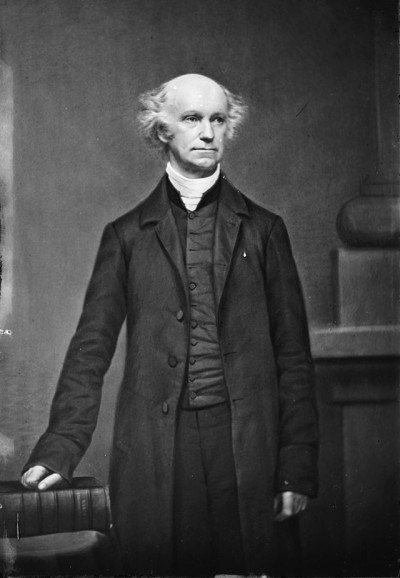 Charles Pettit McIlvaine was born in New Jersey in 1799. During his youth, his father became a powerful United States Senator, so young Charles grew up with strong political ties to his family. His mother was the daughter of the New Jersey’s secretary of state and the niece of Joseph Reed, a governor of Pennsylvania. McIlvaine graduated from Princeton and then continued his post-graduate theological studies. He pastored a church in Georgetown, D. C., and then was chaplain of the United States Senate.

In a subsequent role as chaplain and professor of ethics at West Point, his students included Robert E. Lee and Jefferson Davis. After teaching at two colleges in New York, he moved to Ohio to become president of Kenyon College and the Bishop of Ohio. He focused on evangelism and social reform and became a powerful voice within his denomination, as well as nationally. Lincoln tapped him to travel to England to argue against British recognition of the Confederacy, a task he performed admirably using his persuasive style and international standing.

When he died in Italy in 1873, his body was first taken to England where he became to this day the only American to ever lie in state in Westminster Abbey. McIlvaine’s remains were then returned to his beloved Ohio for burial in Cincinnati’s famed Spring Grove Cemetery.

Richard W. Smith brings the evangelist and emissary to life in this excellent tome. The first full-length biography of McIlvaine, this book takes an important place in the historiography of the Episcopal Church and the evangelical movement, as well as the anti-slavery movement and Lincoln topics. Smith’s book is comprehensive, readable, and compelling. Smith particularly shines in his extensive analysis and narrative of the bishop’s time in the UK serving his president and his country in influencing the upper crust of British society. The author makes extensive use of contemporary sources on both sides of the Atlantic to give a complete picture of McIlvaine’s activities and his results.

Bishop Charles P. McIlvaine was an important figure in nineteenth century America. As one of the leading evangelicals in the Protestant Episcopal Church, the Ohioan became the pivotal figure in the evangelical Episcopal-Anglican community. Famed as a preacher and speaker, his books and pamphlets were read by trans-Atlantic audience. His endeavors in the United Kingdom resulted in honorary degrees from Cambridge University and Oxford University. Aware of his reputation in England, the Lincoln Administration sent him to Britain in 1861. Working with Thurlow Weed, he sought to swing middle and upper class opinion into a pro-federal position. After six months abroad, his persuasive leadership induced the Federal Episcopal Convention to support the union war effort, which included Lincoln’s emancipation policy. In this first biography of McIlvaine, Smith mined British and American sources never before utilized. The book reveals the bishop’s complex persona. A rich and, at times, sorrowful family saga unfolds. As a reformer, he became an anti-slave advocate. This groundbreaking account develops the struggles encountered and the significance of the informal mission for federal policies. The political overtones in his friendship with the Prince of Wales are examined. Comfortable in any secular or military environment, McIlvaine’s other wartime activities enabled him to report to Lincoln when necessary. In later years, he undertook length sojourns in England as he was busy with English and European religious questions. Dying in Italy, he was honored in Britain and America.