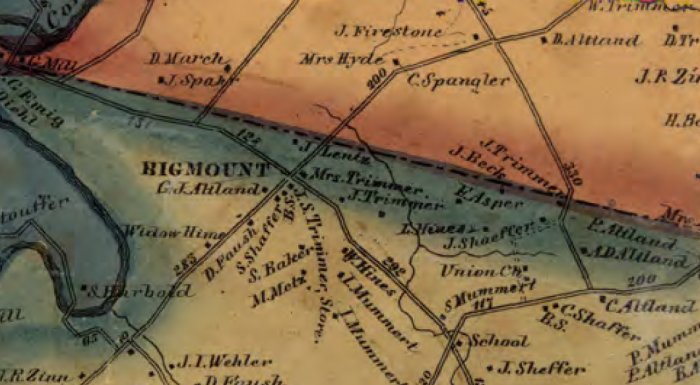 The Louisiana Tigers left the Willoughby Run / Oak Hill area northwest of Gettysburg on June 27, 1863, and marched through East Berlin into western York County, finally camping late that afternoon near Big Mount. The roads were “exceedingly muddy,” and scores of men straggled in the slop and mire. A few never rejoined the ranks, taking the opportunity to slip away and desert. An old book has a cryptic entry for Private Charles Brown of the 8th Louisiana, who was “supposed to have been killed by the citizens of Penn[sylvania].”

Was the German immigrant murdered by irate farmers who resented the Confederate incursion and confiscation of their horses, livestock, and material of use to the Rebel army? Or, did he merely desert, and his officers invent the story that Keystoners had killed him in an effort to try to keep other soldiers in the ranks? Certainly, there were documented cases of bushwhacking in other areas that did result in Rebel casualties, but I have never seen any confirmation that Berlin-area residents did so.

Has anyone living near East Berlin ever heard local legends or tales of citizens taking out their frustrations by murdering a Confederate straggler???