Another mill visited by Rebels during the Gettysburg Campaign 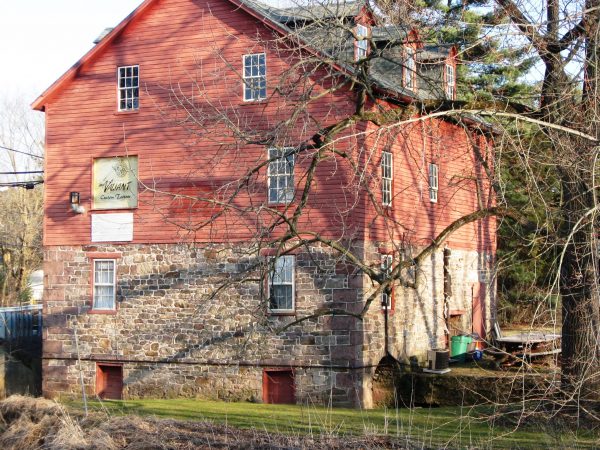 The old Weigle grist mill is shown in this February 2009 photograph by SLM. During the 1863 Gettysburg Campaign, Confederates raided the region numerous times, taking horses from the miller and nearby farmers. In the early 21st century, this old mill housed a very nice country gift and antique shop, and I visited the place several times. A tattoo parlor now occupies the structure at the time of this blog post.

During the 18th and 19th centuries, the Weigle family was prominent in Dover Township and what later became West Manchester Township. Martin Weigle emigrated from Germany in the 1730s and built a small stone grist mill about 1739 along the Little Conewago Creek on the road from York to Dover (today’s Route 74). When local Indians came to investigate, he gave them home-made whiskey and they then helped dig the millrace.

For years, his family maintained ownership of the mill. After the American Revolution, the family member who operated the mill was not very patriotic toward the new government and was censured several times for questionable remarks. In the next few decades, a 2.5-story larger mill (the one pictured) was constructed several hundred yards from the old stone mill.

By 1863, another revolution in America was in full swing, and Rebels swarmed over the Weiglestown, Dover, and Shiloh region, taking horses and mules. 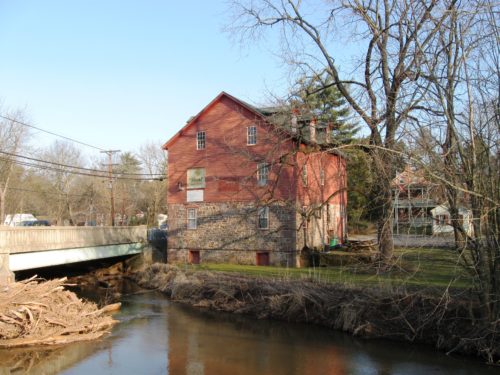 A significant number of farmers along what is now Route 74 later reported losing horses to Confederate cavalry (mostly to J.E.B. Stuart’s cavalry patrols which trotted down from Dover on July 1, 1863). Among those York Countians who filed damage claims was Cicero G. Weigle, a descendant of mill constructor Martin Weigle. He lost 3 three horses, including an 8-year-old black one. The details of the raid have been lost, unfortunately, as the ink on his particular claim has now faded substantially and is mostly illegible.

Another descendant of Martin Weigle was also a victim of the Rebels. Leander Weigle had taken his 3-year-old gray mare to the nearby stable of Samuel Bentzel in Shiloh. Stuart’s men, likely the same patrol that robbed Cicero Weigle, stopped by Bentzel’s property and took away all the horses they could find, including Leander Weigle’s. 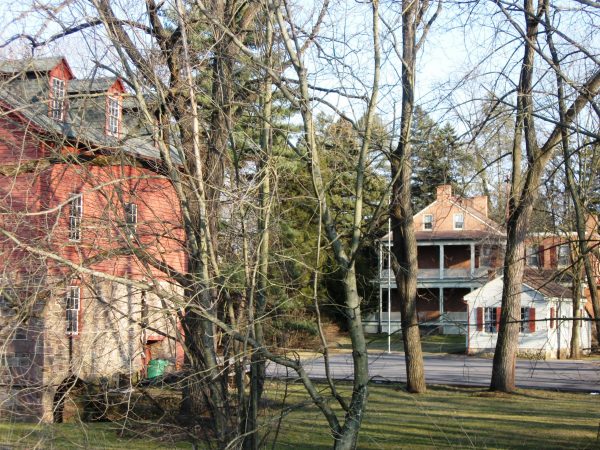 The Weigle Mill (later known as the Kurtis Coxen Mill) ceased operations in the 20th century. Meticulously maintained, the complex consists of the old mill, a beautiful old brick miller’s house, and various outbuildings tucked into the shallow valley of Little Codorus Creek on Route 74 just north of Church Road. As the tattoo parlor is open to the public, it’s easy to park behind the mill and look around to see this fine example of the days when nearly every small creek in York County was lined with similar grist mills.

For more photos of old York County mills (as well as around the U.S.) see the interesting MillPictures.com website.