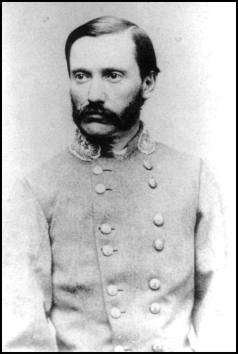 In middle of the 19th Century, York County was still primarily an agrarian society, although the Industrial Revolution was making its mark. The railroads had brought new jobs and industry to York, including the manufacturing of railcars and equipment for the emerging Northern Central Railway and other local carriers. However, agriculture and its supporting industries were still dominant. Youthful A.B. Farquhar’s iron plow business was taking off, as were other companies established to support farmers.

One of the county’s leading industries was leather goods. Tanneries abounded to process hides into leather for boots, reins, saddles, harnesses, and similar end uses. At the time of the Civil War, tanneries were foul-smelling, often with large wooden vats of tanning liquor sitting uncovered in the open. During the Battle of Hanover, one unfortunate Confederate officer inadvertently paid a visit to one of these early “tanning salons.”

Pvt. Abram Folger of Company H, 5th New York Cavalry later wrote, “While charging at the edge of town and getting separated from our regiment, I was made prisoner by Colonel Payne and was being taken to the rear on the main road. Just outside the town was situated a tannery, the vats of which were not covered and very close to the street.

I was walking along beside the colonel’s orderly, and as we came near these tannery vats, I saw a carbine lying on the ground. When I came up to it, I quickly took it, and seeing it was loaded, I fired and killed Payne’s horse, which in its death struggle fell over towards the vats, throwing Payne head first into one of them completely under the tanning liquid. Seeing the colonel was safe enough for the moment, I turned my attention to the orderly, who…was about to jump his horse over the fence to the right and escape that way if he could, but not being able to do so, concluded he had better surrender….I took him in and disarmed him, and made him help to get the colonel out of the tanning liquid. His gray uniform with its velvet facing and white gauntlet gloves, his face and hair had all been completely stained, so that he presented a most laughable sight.”

The father of ten children, a chagrined Colonel Payne wore his stained suit into captivity in an Ohio prisoner-of-war camp at Johnson’s Island in Lake Erie. He was later exchanged and promoted to brigadier general, but was captured a second time at the end of the war and again sent to Johnson’s Island. He later became a Virginia state politician.

The site of the old Winebrenner Tannery is at the intersection of Frederick Street and Forney Avenue in Hanover.