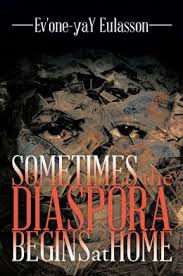 Felton Perry is known to movie buffs for his appearances in all three RoboCop movies as well as the popular Clint Eastwood movie Magnum Force. Returning to his studies in the 2000s, he picked up his master’s degree in Spanish and later received a second master’s in African Studies. Now known by his pen name of Ev’one-yaY Eulasson, he wrote his thesis on “Kidnapping: An Underreported Aspect of African Agency During the Trans-Atlantic Slave Trade Era (1440-1886).”

For years, the popular stereotype perpetuated in books and in the media has been that nearly all (or all in some accounts) of the kidnappers of defenseless black Africans were white European professionals bent on turning a tidy profit for their efforts. Eulasson contended that a larger number of these incidents than previous believed were actually committed by Africans against their fellow Africans. He uses a variety of primary sources, including ship captains’ logbooks, to support his contention.

The Trans-Atlantic Slave Trade (TAST) was, in Eulasson’s words, “a lucrative enterprise in which some Africans, irrespective of ethnic, cultural, linguistic, religious, economic, or social considerations, participated in orderto exploit the wealth-generating opportunities offered by the expanding and flourishing trade… They chose to prey on others.”

He has recently published his thesis as a 43-page booklet entitled Sometimes the Diaspora Begins at Home. This treatise, while short in length, is long on content. The author draws upon recent research, scholarly articles, and primary sources to support his thesis that the Africans themselves must at least partially share the blame for the proliferation of the TAST for several centuries.