“Abraham Lincoln and the Elections of 1863” is topic of Nov. meeting of Harrisburg CWRT 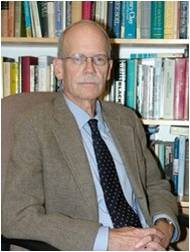 On Friday November 22nd, the Harrisburg Civil War Round Table is proud to have Dr. Mark E. Neely, a Pulitzer Prize winning author in History, speak to us about “Abraham Lincoln and the Elections of 1863”.

Professor Neely will discuss the three crucial state gubernatorial elections of 1863: Pennsylvania, Connecticut, and Ohio, probably the most famous of the group due to the controversial peace candidate Clement L. Vallandigham who was the Democratic nominee there. Did these three elections indicate a rising tide of peace sentiment with which President Lincoln would have to contend? Was Pennsylvania war weary and eager for peace? Just how widespread was anti-war sentiment in the third year of this long, bloody, and costly war?

Born in Texas, Dr. Neely received his education through high school there, before earning his Bachelor of Arts and Ph.D. from Yale University. He was a museum director and also taught at Iowa State University, as well as, St. Louis University. Dr. Neely won the Pulitzer Prize for History for The Fate of Liberty: Abraham Lincoln and Civil Liberties, which was published in 1991. He is the McCabe-Greer Professor of the History of the Civil War Era at Pennsylvania State University.

Currently, Dr. Neely is working on a book entitled The Loyal Opposition: A Brief History of the Democratic Party During the Civil War and it is very near completion. He is planning on retiring at the end of this term.

The Harrisburg Civil War Round Table meets at the Radisson Penn Harris Hotel & Convention Center, Camp Hill, PA, Camp Hill Bypass @ Routes 11&15. An informal reception starts at 6:00 PM, followed by dinner at 6:45. The cost of dinner is $22.00 and reservations must be made no later than 9 PM Tuesday, November 19th, by calling 717-512-9250 or email EllieKFeld@comcast.net. The program begins at 8:00 PM and is free to the public.